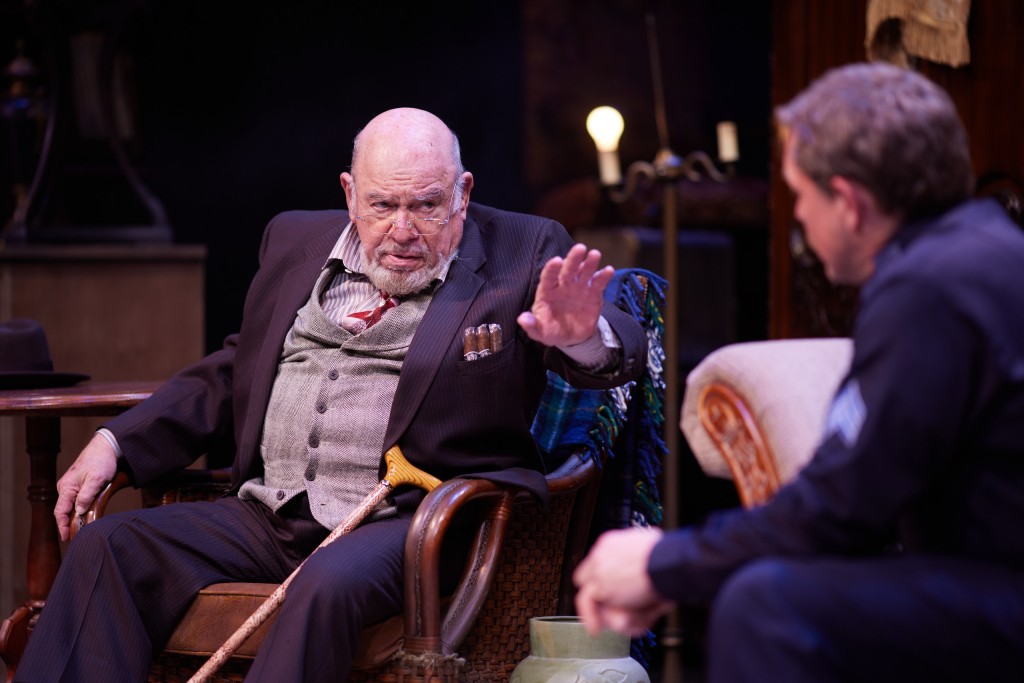 The return of live theatre has, in general, been something the wife and I have plunged back into with gusto this year, and the last run of shows we’ve caught have mostly just reiterated that KC’s acting talent pool is just better than it has any right to be.

Last week, I got a chance to catch Kansas City Actors Theatre’s The Price at Union Station’s City Stage. The cast of four did a stellar job with Arthur Miller’s 1967 script. The unfortunate part was how relevant the 1967 script remains.

The Price involves two brothers dealing with a furniture appraiser, as they attempt to sell off all the belongings from their childhood home in a single evening. It’s a deeply personal character piece about the discrepancies we carry in how we perceive value, and how we as people weigh our own values.

The play is not one of Miller’s best, but it does have everything you’d expect from him: some men whose toxic masculinity prevents them from finding true happiness, entering a brutal spar over an amount of money that should seem paltry in 2022.

As I said to my wife in the car on the way over, “I can’t wait to see a couple of dudes yell at each other for two hours about their dads and $112 or something.” I know what themes I’m getting into with the guy behind Death of a Salesman, but also a 30 year-old Marilyn Monroe married him, so yes, he’s very good at what he does. 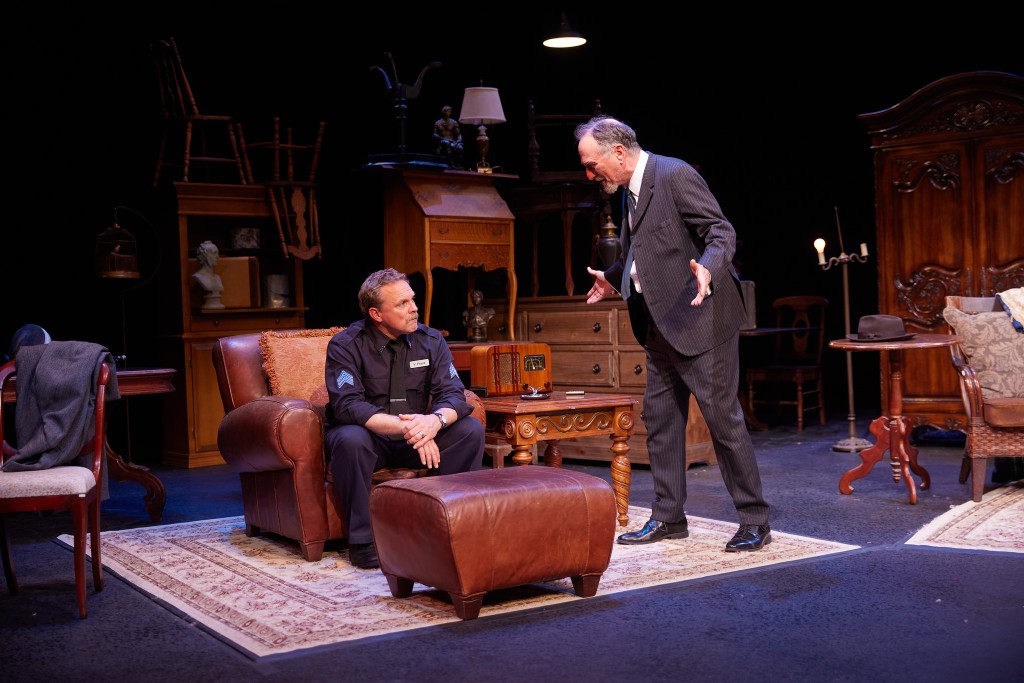 Again, while KCAT’s production was wonderful—and certainly in part because of that—I spent the rest of my weekend in a headspace mulling over how annoying it is that almost none of the major themes or plot points from ’67 have improved that much for Americans in ’22. The cost of education prevents so many people from becoming the thing they… would have been best at. Healthcare for the mentally ill is woefully inadequate. Honest workers in honest jobs may never make enough to retire or take care of family or endure any setback. Sometimes(!) the police are bad(?) apparently.

Even the paltry sums of money involved in the furniture sale were still somehow, 55 years later, an infusion of cash that would help drastically change most adult Americans’ fiscal situation.

It is then only fitting that The Price’s biggest weakness is that the final 35 minutes or so begin to drag, as it repeatedly feels like the show is just about to end, and then does not. Perhaps some of our most frustrating problems are just going to keep lingering long, long after we should have wrapped them up.

Pop-up politics: Local vendors fight to claim their space in the metro by our own Liz Cook.

Thrice’s Riley Breckenridge on fatherhood, ambulances, and things he’s not supposed to talk about. We Are the Thousand documents 1000 musicians covering a single Foo Fighters song. Phoebe Bridgers emotionally ravaged Starlight despite severe weather. Kevin Morby captures slices of humanity in This is a Photograph.

A study finds 8,500 COVID deaths may have been prevented if more Missourians were vaccinated. $2M Missouri witness protection fund finds few takers in second year of operation. Four police departments have used just $14,530 in the current fiscal year to provide housing and other services to witnesses.

Pretty in pink at HITIDES, plus a sandwich collaboration from Canary and The Italian Sausage Co. Tavern in the Village! Vignettes’ Schitt’s Creek pop-up bar introduces locals to the Rose family to KC. Carmona’s Chamoy brings new tamarind products to Kansas City.

The Johnson County Museum’s Redlined exhibit examines the effects of KC’s racist past. Make it out to catch this one. 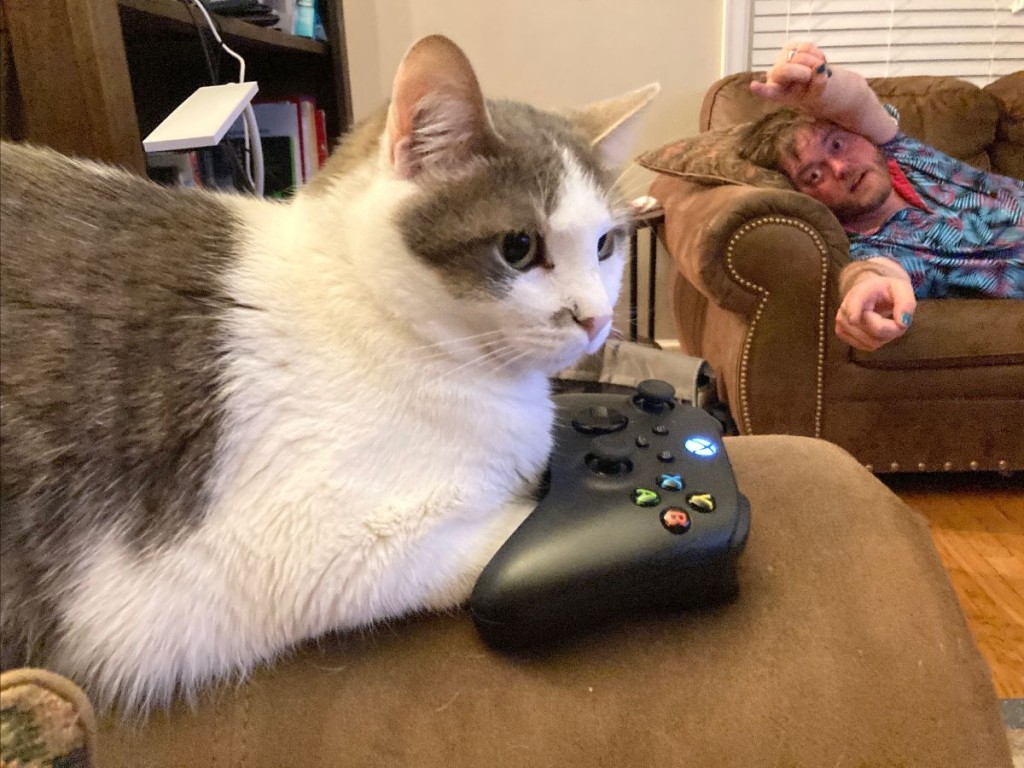 We’ve been a free publication that celebrates KC for 42 years.

Want to help keep that going? Join our Membership Program!
Have a story you think we should tackle? tips@thepitchkc.com
Advertising inquiries? andrew@thepitchkc.com