The divide between the conservative caucus and GOP leadership will play out in competitive primaries on the August ballot. 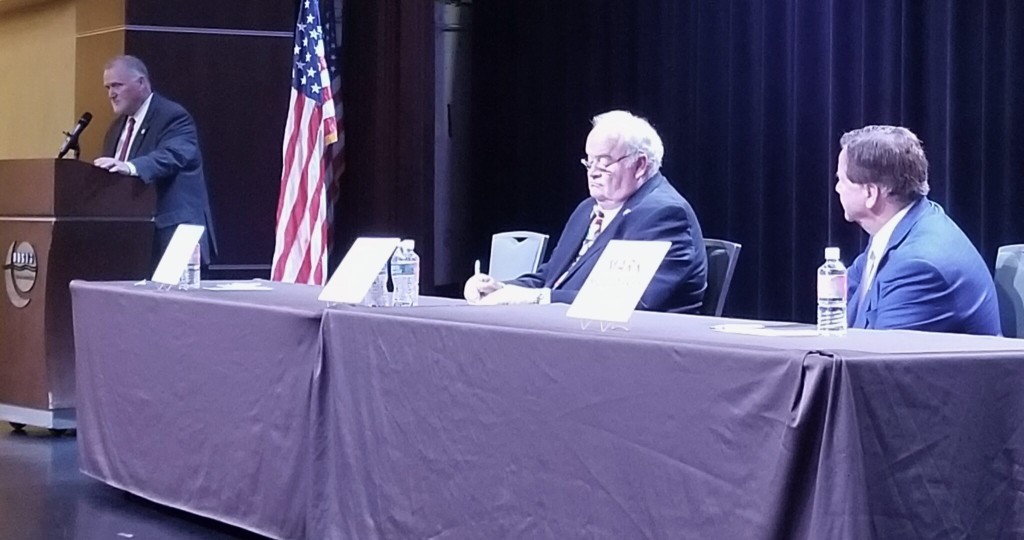 Bad blood bedeviled the Missouri Senate for much of the last two years. And now it’s about to spill out onto the campaign trail.

GOP primaries around the state will be the battleground to determine who steers the fate of a chamber coming off its most dysfunctional legislative session in recent memory.

Lembke’s PAC has about $60,000 cash on hand, and recently doled out two $10,000 checks to a pair of candidates running in competitive GOP primaries for open state Senate seats. Candidates in three other primaries are listed on the PAC’s website who Lembke says made presentations to the organization in the hopes of earning support.

A potential stumbling block for Lemke’s plans is RightPath PAC.

Formed earlier this year, the PAC has already raised nearly $2.5 million, mostly in six-figure checks from donors connected to Washington University in St. Louis. It has yet to make any donations to candidates.

Jorgen Schlemeier, a registered lobbyist and consultant for the PAC, said RightPath wasn’t created to thwart the advance of the conservative caucus in the Missouri Senate.

“We look at each race individually, and do not label the candidates,” he said. “Our goal is pretty basic — promote candidates who want to work with one another and promote a climate where that can best be accomplished.”

But while he insists the conservarive caucus isn’t a target, Schlemeier previously told the St. Louis Post-Dispatch that the PAC was inspired in response to the conservative caucus’ effort to tax Washington University’s endowment and its resistance to renewing a tax on medical providers crucial to Medicaid’s funding.

“Calling your peers names and distorting the daily activities of the Senate and House on social media can’t possibly create an environment that is productive for the state,” he said in an email to The Independent on Monday. “At least it hasn’t thus far.”

The 100 PAC, Lembke said, exists to narrow the fundraising gap for candidates it supports.

“All of our candidates most likely will be outspent,” he said. “But the bottom line is, it’s going to take a lot of money to elect a bad product. We don’t need to have as much money as our opponents. We just have to have enough.”

Republicans hold supermajorities in both the House and Senate.

But as GOP infighting intensified over the last year, the 34-member Missouri Senate became split into three factions — the seven-member conservative caucus, 17 senators aligned with Republican leadership and 10 Democrats.

Throughout the 2022 session, conservative caucus members used parliamentary maneuvers to gum up the Senate and, with their priorities failing to get traction, turned otherwise anodyne bills into vehicles for controversial amendments pertaining to transgender student athletes and vaccine mandates.

When lawmakers return to Jefferson City next year, senators will choose new leadership. And with half the Senate on the ballot this year, who emerges from competitive primaries in August could determine who runs the chamber.

Eight of the 17 Senate seats up this year are held by Republicans running for re-election aligned with GOP leadership.

Six of those senators — Mike Bernskoetter, Justin Brown, Mike Cierpiot, Sandy Crawford, Lincoln Hough and Bill White — face primary challengers, though Lembke said 100 PAC will not get involved in primaries where there is a GOP incumbent.

Three of the seats are considered safe Democratic strongholds.

That leaves six seats Republicans hold where the incumbent isn’t running again — two being vacated by a member of the conservative caucus and four by senators aligned with GOP leadership.

“Our hope,” Lembke said, “is that the candidates we support in these races will be supportive of new leadership next year that is going to do big Republican reforms.”

Potentially entering the fray is the state’s largest and most influential anti-abortion organization, Missouri Right to Life.

In a newsletter to its supporters, the organization pointed the finger at Republican leadership for the shortcomings of the 2022 legislative session.

“Do not believe what you read in the press that lays the blame at the foot of the conservative caucus,” the group said. “The blame lies in who controls the ability to move bills forward and that is the House and Senate leadership and committee chairmen.”

Senate Majority Leader Caleb Rowden, a Columbia Republican in line to become Senate president pro tem, said at a press conference following adjournment that he’s comfortable with the decisions he has made over his two years in leadership.