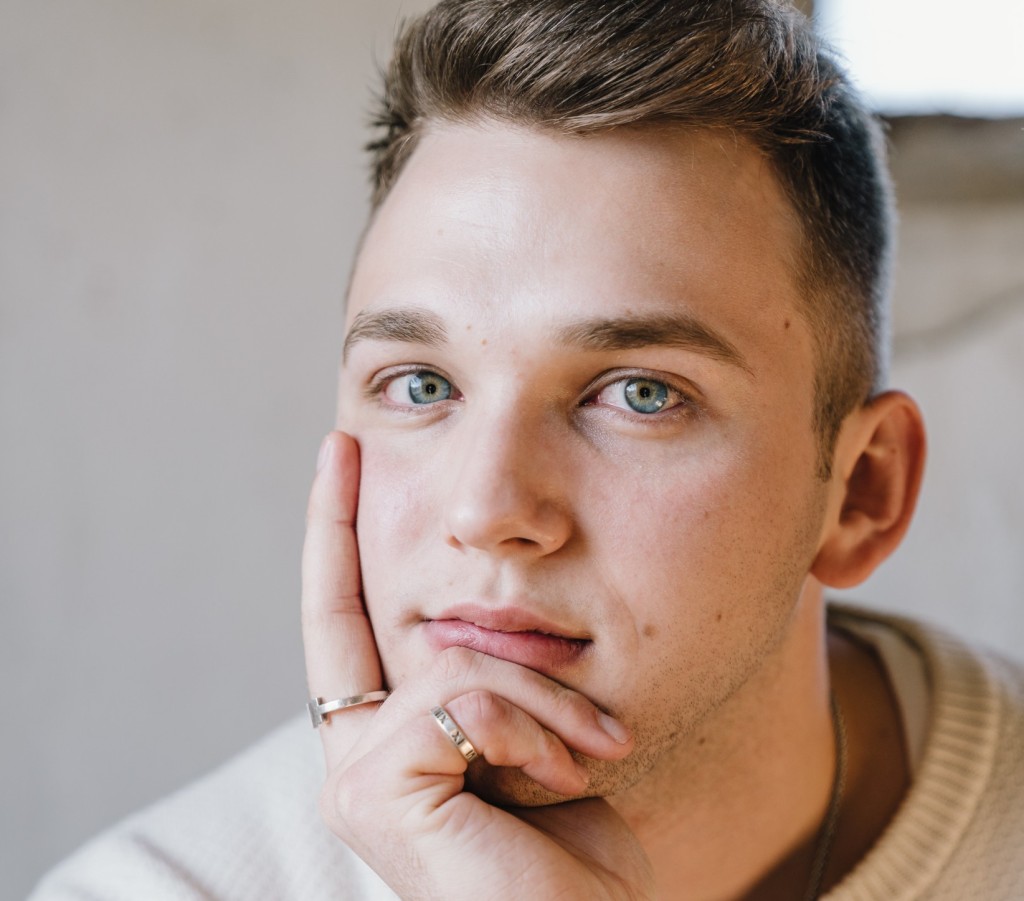 Love and familiarity are powerful antidotes against hate and homophobia. Strident evangelicals, even gay-bashing politicians, will sometimes stand down when a beloved daughter, brother, niece, or neighbor comes out as LGBTQ+.

But not Vicky Hartzler. The GOP congresswoman from Cass County, who is a leading contender for Missouri’s open U.S. Senate seat, has used bigotry against LGBTQ people to ignite and sustain a long political career. She crusaded against same-sex marriage in the early 2000s and today runs political ads demonizing transgender athletes.

And all the time, we now learn, Hartzler lived right next door to a nephew, Andrew Hartzler, who struggled through a miserable childhood marked by bullying and isolation.

Andrew Hartzler is out now, in a big way. As first reported by Politico, he is a plaintiff in a class-action lawsuit that seeks to remove an exemption in U.S. civil rights law that allows religious colleges and universities to receive federal funding even if they discriminate on the basis of sexual orientation and gender identity.

Hartzler graduated a year ago from Oral Roberts University in Tulsa, Oklahoma. He says it was the only college his father would pay for him to attend. In that bastion of evangelical Christianity, being gay was a violation of the school’s honor code and could get a student expelled. Hartzler attempted suicide during winter break of his sophomore year and barely escaped expulsion his junior year.

So his participation in the court case, he tells The Pitch, “is not just about me, and it’s not just about the other plaintiffs. It’s about standing up for those hundreds of thousands of students who can’t stand up or don’t know how, like the students who will come into those universities this fall and they’re going to be subjected to violence. We’re standing up for them.”

As the nephew of a U.S. congresswoman, Hartzler’s name stands out in the list of plaintiffs. And while that relationship used to push him into the shadows, it doesn’t now.

“The Hartzler name is a big name,” Andrew says. “And I like that I’m standing up and putting my name out there. The Hartzler surname shouldn’t represent anti-LGBTQ+. Or hate.”

When Andrew Hartzler was 5 his parents scoured his bedroom of all SpongeBob SquarePants paraphernalia after Fox News aired a report suggesting that the cartoon sea creature was gay.

A while later, his parents pulled him out of the Christian school he attended. Classmates were belittling him and suggesting he was gay, and his parents were afraid he might start believing it. As a teenager, they sent him to a Christian summer camp that specialized in “conversion therapy,” a cruel attempt to “fix” gay people that is banned in many states and cities.

When he got to college, he learned that many gay students were there for the same reason he was—their parents thought it would change who they are. At assemblies, the college president quoted Old Testament scripture that said men who have sexual relations with other men should be put to death.

While home for break during his sophomore year, he attempted suicide. It marked a turning point with his parents, he says. They had wanted to deny he was gay, and no longer could.

“Once I told my parents my truth,” he says, “I felt like I could tell anybody my truth.”

Andrew Hartzler’s family lives on the same tract of land as Vicky Hartzler. So Aunt Vicky knew her nephew was gay. But while he was fighting to survive, she was building a career on LGBTQ+ hatred.

Hartzler was a backbencher in the Missouri House for six years in the 1990s. In 2004, she became a leading spokesperson for a Constitutional Amendment that the GOP-controlled legislature placed on the statewide ballot, asking voters to enshrine the principle in the state’s constitution that marriage is exclusively between one man and one woman.

Doug Gray, a Kansas City political consultant who campaigned against the amendment, recalled a TV appearance when he and Hartzler were supposed to debate the issue. She brandished a Bible and started reading highlighted passages. The amendment passed easily. Six years later, in 2010, Hartzler won the election to the U.S. House.

“Vicky has built her political career largely on the backs and souls of the LGBTQ+ community,” Gray says. “She has prioritized that in her career and it works. She’s always the first one out there with attacks on the community.”

Gray, who is gay, has tracked Hartzler’s attacks for years. But he says he didn’t know until the recent news reports that the Congresswoman has a family member who is gay.

“Just knowing that your nephew is in the LGBTQ+ community and not taking pause to say, ‘oh, maybe my words do matter…’” Gray says. “Maybe when he hears these things, he cringes and dies a little bit inside. I think she doesn’t care, because it’s working for her, and politics is her priority.”

Andrew Hartzler has a more complex theory. “That’s something I’ve always wondered about in general, is why people become so concerned about the lives of other people,” he says. “It’s something I’ve struggled with, because my aunt doesn’t have any personal connection to gay people. I think a lot of times, we as people are scared of what is different. And I think that is somewhat the way my aunt thinks.”

In February, U.S. Sen. Josh Hawley endorsed Hartzler in the Republican Senate primary. That move breathed life into her campaign, which had been lagging behind those of accused domestic abuser Eric Greitens and “sue everybody,” Eric Schmitt.

So how did Vicky Hartzler seize the moment? She followed up Hawley’s endorsement with a statewide TV ad taking on transgender athletes.

“Women’s sports are for women, not men pretending to be women,” Hartzler asserts in the ad, displaying a profound and willful ignorance of gender identity. When she used the same line in a Twitter post, her personal account was banned for hateful conduct. 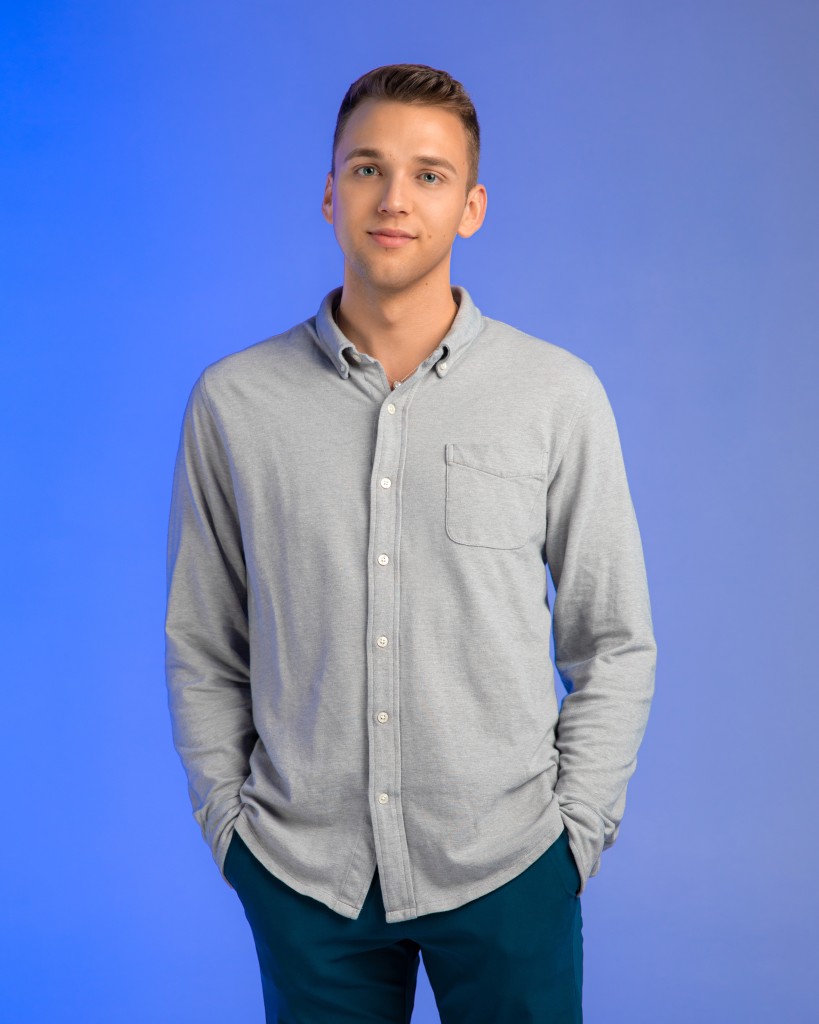 While Vicky Hartzler was priming for her Senate run, Andrew had managed by sheer luck to graduate from Oral Robert University. He’d been found in a dorm room with a boyfriend early in 2020, but as university officials were gearing up for an inquisition the pandemic intervened. Andrew was able to move off-campus and finish up his studies in the spring of 2021.

Three months after his graduation, he was invited to join the lawsuit, which is being led by the Religious Exemption Accountability Project (REAP).

We might indulge for a moment here in a touch of schadenfreude. Surely the Hartzler for Senate campaign cannot be thrilled about a close family member going rogue in this crucial stage of the run.

But there’s more. Come August, Vicky Hartzler may or may not become the Republican nominee for the open Senate seat. If she loses, she’ll find that far fewer people will care what she thinks about gay marriage and transgender athletes.

If she wins? She’ll almost surely be elected to the Senate in November. Her dubious prize will be six or more years of zipping around the U.S. Capitol, dressed in her signature pink power suits and marinating in the noxious stew of a feuding body that has lost its ability to serve the American people. Having gotten there with a loud and proud display of intolerance, Hartzler has left herself no easy path to connect with a nephew who ought to be a source of delight to her.

And the nephew? He is free from the clutches of his family and the institutions they forced him into. Social media posts show a model-handsome young man with friends, adventures, and now a cause that will save lives.

Andrew Hartzler still lives in Tulsa—in an apartment complex across the street from the Oral Roberts campus—and plans to return to a different college next year to seek a graduate degree in clinical psychology. He says therapy and the unconditional acceptance of friends and some family members have helped him overcome some of the trauma of his childhood.

“Until we can love ourselves we cannot look to other people for love and acceptance,” he says. “Being comfortable is about knowing that the power is in your hands and you have the power to do what is right and do something you’ll be proud of in the future.”