Thrice’s Riley Breckenridge on fatherhood, ambulances, and things he’s not supposed to talk about 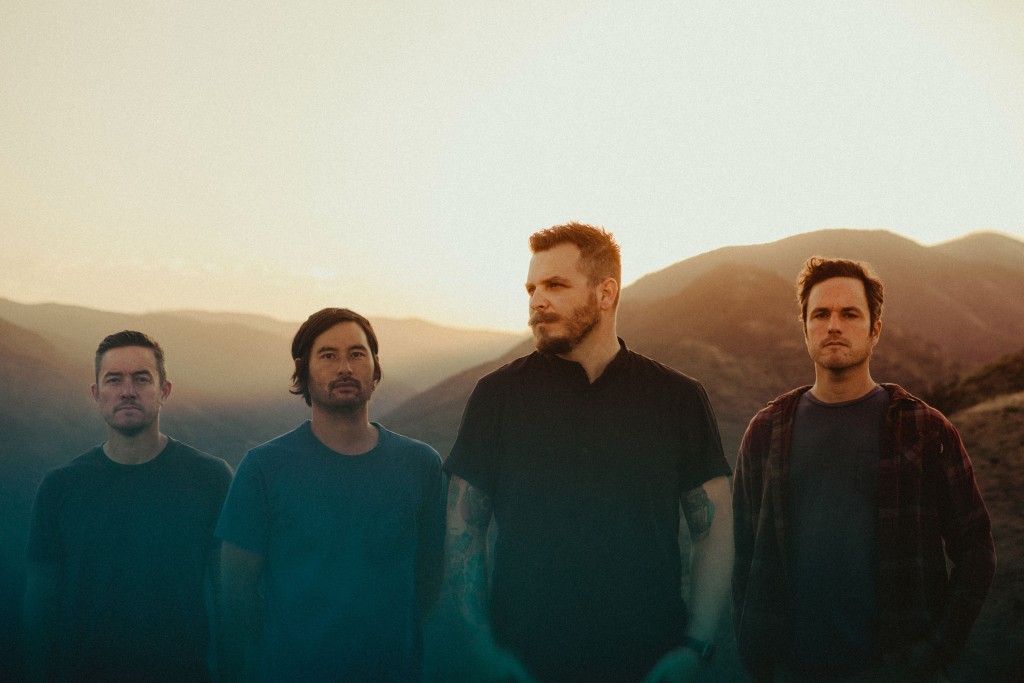 Any true early aughts emo kid knows Thrice has been churning out post-hardcore and alternative albums since 1998. In September they released their 11th studio album, Horizons / East, out via Epitaph. As they quickly approach their 20-year anniversary of their Billboard chart-topping album, The Artist in the Ambulance, the band and fans alike have a lot to celebrate as they finally hit the road again.

Thrice plays with Bayside at The Truman on June 17, 2022, with support from Anxious. Tickets are available here. Ahead of that show, we spoke with drummer Riley Breckenridge about what it is like to be touring with a band nearly 25 years into their journey, being an artist within an ambulance, and parenthood’s unwritten (written) rules.

Here’s our quick check-in with Breckenridge ahead of one of our favorite shows of the year—that hasn’t happened yet.

The Pitch: You guys are quickly approaching the 20th anniversary of The Artist in the Ambulance. How would you say the pandemic has allowed you to breathe new life into that album and the band as a whole?

Riley Breckenridge: I don’t know how much I can disclose right now. We were well aware that that is our most successful record by sales and metrics. So, we’re planning to pay tribute to it properly. That’s about as much as I can give you right now.

It’s all just coming together right now. And if I say too much… The pandemic, being home, and maybe not touring as much as usual has given us time to really think about how we want to treat that 20-year anniversary. And what we want to do.

To follow that, discomfort and uncertainty are themes that are present throughout both The Artist in the Ambulance and Horizons / East. What are some disruptions that you personally experienced throughout the pandemic? And how did that translate to your role in the songwriting process?

My situation is kind of unique. I have two kids who are too young to get vaccinated, and they both have existing health issues. So, it’s terrifying. I mean, you never know what cards you’re gonna get dealt when you get COVID-19.

With two kids who have heart issues, it’s been really scary for us. So that’s definitely played into the uncertainty on a larger level. Touring was pretty much dead in the water for 18 months to two years. That’s like a full time job for us. And it’s how we provide for our families.

Once it’s taken away you realize, “Oh my gosh, this could happen anytime, for any number of reasons.” So getting to be back out there again? We have this added level of gratitude for every system and person that helped set it up so we could do this again, safely.

It’s tough. The job has its perks and its downsides. The way I tried to look at it to make it make sense was, “Yes, I’m like, completely absent for five to six months out of the year, and then normal touring cycle. But also, I’m 100% present when I am home.”

And there are a lot of people who work 9-5 or more hours than that. They leave early before the kids go to school, and they come back, and they’re exhausted from a long day at work, and they tuck their kids in. And that’s just not a lot of quality time. We have the luxury of being home and being able to be totally present.

That’s something I’m really grateful for and something that I try to remind myself, my kids, and my wife—just like, this is going to be rough. Dad’s going to be gone for a month, or six weeks, or however long the tour is. But when I’m back, I’m back. Like, I don’t have to go into work every single day. I can take them to school and pick them up, and we can go to the park, and I can be around more than most dads, even though there are parts of the year where I am totally gone.

Shifting gears: Do you still experience growth as a musician? Do you have moments when you feel like you’re improving your instrument, or do you have a lane you feel comfortable operating in at this point for your profession?

Not having shows to play, we did make a record during that time. It gives me a lot of time at home to go into the studio and really work on my playing and try to expand the scope of what I’m able to do and unlearn some bad habits that I developed early on. So yeah, definitely. Especially over the past two years or so, I feel like I’ve made a lot of positive strides.

It’s a neverending quest to get better. So, I don’t think it’s ever gonna get to a point where I’m like, “Okay, yeah, I figured it out. I’m technically good now.”

What are some of the bad habits that you mentioned?

I hold a lot of tension while I play. I grew up as an athlete and saw drumming as a way to get out some of that aggression that you would get out during a game. So, when I started playing drums—instead of playing the drums I was, like, attacking them—for lack of a better term. And it’s not a really sustainable way to do anything, especially playing instruments.

So I’ve had to try to recalibrate the way I play and be less of a gorilla smashing on tubs and try to have a little bit more finesse—a relationship that’s more symbiotic instead of just punishing.

Ahead of your show in Kansas City, we am dying to know some Kansas City spots that you make sure to hit up every time you come through.

I’m so bad at names. But KC barbecue is incredible, and then I get some wires crossed with Lawrence stuff around the Granada. I love all of it, but you know… names. Ugh. We’ll have a great time and you’ll see us.

If you had to choose right now, drinks and all, what would you have for your last meal?

We just talked about barbecue. So, I’m leaning that way. But I can do a combo. There used to be a barbecue joint near my house that did a really good rack of ribs and brisket. They also had fried chicken, and fried chicken is like one of my main weaknesses.

I think I’d go with fried chicken, some ribs, brisket, collard greens, and mac and cheese. And then I could die happy and full.

Thank you so much for your time. Is there anything else that you wanted to share?

We’re excited to get on the road. This tour has been on the calendar for a long time, but it still snuck up on us, in a way that’s both exciting and surreal. It’s like, “Oh shit! This starts in a week!” Am I ready? I don’t know. Let’s find out together.

Thrice plays with Bayside at The Truman on June 17, 2022, with support from Anxious. Tickets are available here.