Study finds 8,500 COVID deaths may have been prevented if more Missourians were vaccinated

The analysis aims to explore an alternate scenario if demand for COVID-19 vaccines had continued at peak levels. 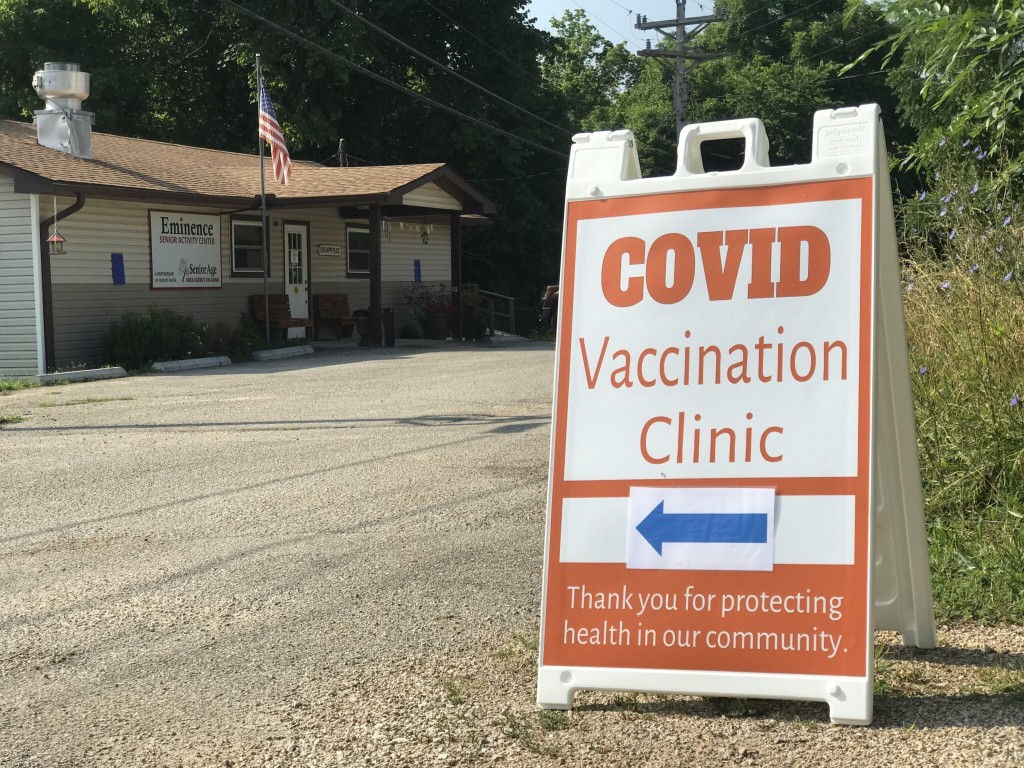 In Missouri, an estimated 8,585 deaths could have been avoided if 100% of adults were vaccinated, the analysis found. // Photo by Tessa Weinberg/Missouri Independent

If all of Missouri’s adults were vaccinated against COVID-19, more than half of the over 14,000 deaths attributed to the virus since January 2021 may have been prevented, a new analysis concluded.

Using data from the New York Times and Centers for Disease Control and Prevention that spanned January 2021 through April 2022, researchers found that nationwide, if every state had been able to vaccinate the entirety of their adult populations, an estimated 318,981 deaths could have been averted.

In Missouri, an estimated 8,585 deaths could have been avoided if 100% of adults were vaccinated — ranking Missouri seventh-highest when calculating vaccine preventable deaths per 1 million. That number drops to 6,595 if 90% were vaccinated and 5,571 if 85% were vaccinated.

There were 14,289 COVID-19 deaths during the span of the analysis. Altogether amid the pandemic, there have been over 20,600 COVID-19 deaths in Missouri according to state data. More than 1 million died of the virus nationwide — although experts say thousands of COVID deaths across the country went unreported.

“The state and the country have a choice to make about using a very effective tool we’ve been able to make available fairly quickly in this pandemic,” said Stefanie Friedhoff, a Brown University School of Public Health professor and one of the analysis’ authors. “If they choose not to, more people will die that don’t have to die. That’s just very clear.”

Friedhoff said the dashboard displaying vaccine-preventable deaths will continue to be updated.

In Missouri, vaccination rates have remained largely stagnant since the start of the year. As of Wednesday, nearly 66% of adults in Missouri were fully vaccinated — putting the state at the 10th lowest vaccination rate nationwide by that measure, according to the CDC.

With COVID cases once again ticking upwards as more infectious variants of the coronavirus spread, the state’s leaders have yet to make a renewed push for vaccinations. In March, Gov. Mike Parson declared COVID-19 would begin to be treated as endemic, similar to the seasonal flu. With the change came less frequent reporting of COVID statistics, decreased contact tracing and vaccination data is no longer available on the state’s dashboard.

Paula Nickelson, director of Missouri’s health department, said during a press conference in March that the state expects to see surges of cases and hospitalizations in the future, but that transitioning to an endemic phase will allow the state to ramp back up as needed.

Asked about the analysis’ findings, Lisa Cox, a spokeswoman for the Department of Health and Senior Services, said the state remains committed to making vaccines widely available and is making additional plans to provide messaging regarding the benefits of staying up-to-date on vaccinations.

“It’s been an extraordinary effort to make as much progress as we have in Missouri with COVID-19 vaccinations,” Cox said, noting more than 9 million doses have been administered in just over 18 months.

Missouri’s vaccine rollout faced a rocky start, with confusion and chaos marring the first months of the vaccine’s availability. Accusations swirled that rural areas were receiving more than their proportionate share as residents from the state’s metro areas drove hours to try to secure a shot. Meanwhile, disparities persisted with vaccine slow to reach Black residents and the state trailing the nation in terms of nursing home staff vaccinations.

The delta variant quickly tore through southern Missouri over the summer as some communities with low vaccination rates largely resisted the vaccine. Roughly a dozen counties in rural areas of the state still have less than 40% of their adult populations fully vaccinated.

In Missouri, efforts to provide financial incentives to encourage vaccinations saw limited success, with local gift card incentives inspiring distrust from residents in some rural areas that viewed them as a form of government-sponsored bribery.

Friedhoff said states that were more successful in vaccinating more of their residents and therefore had fewer vaccine-preventable deaths were able to vaccinate their most vulnerable populations, like the eldery, immunocompromised and communities of color. They have also more widely used mitigation measures, “and have overall applied sort of a whole toolkit,” Friedhoff said.

Missouri has never had a statewide mask mandate, and the attorney general has frequently sued cities, counties and school districts who have imposed restrictions.

Phillips said the pandemic exposed holes in access to primary care, leaving residents with fewer trusted health care providers to turn to for counseling on their vaccination decisions. Friedhoff said funding and investing in trusted messengers and community organizations is especially important to make inroads on vaccination rates.

“Even though the public health system is discouraged, we should not give up,” Phillips said. “We need to keep pressing for these vaccines and need to make sure that especially people at highest risk are getting vaccinated.”