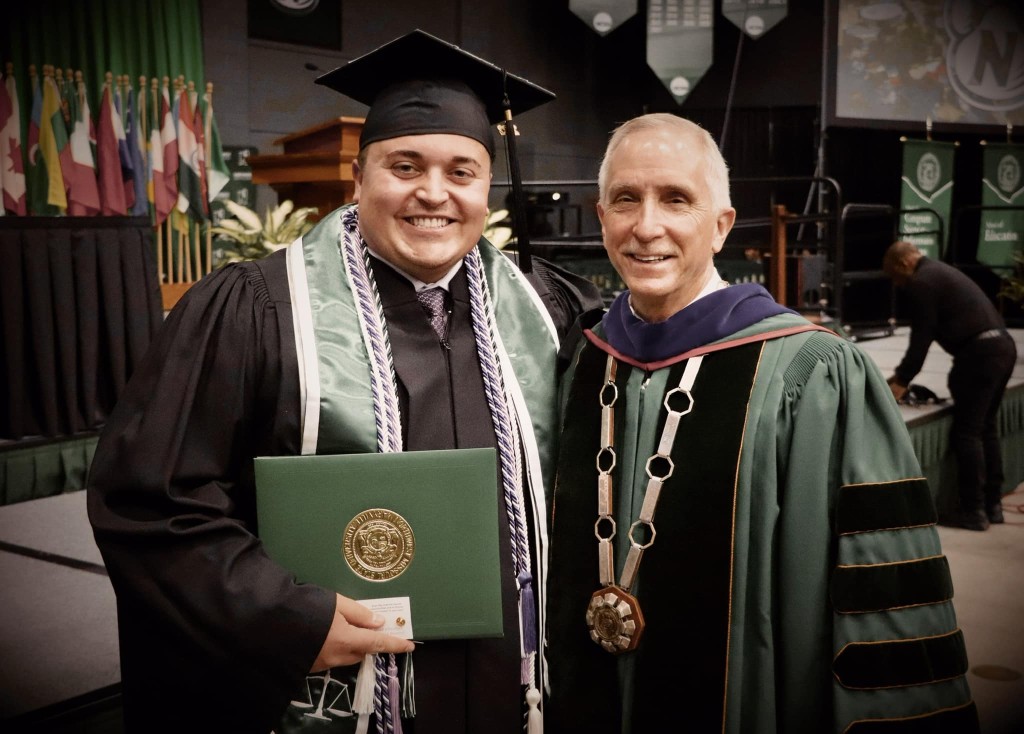 Northwest Missouri State University in Maryville, MO faces a showdown between alumni, faculty, and staff while the Board of Regents has tucked their tails. The struggle began in April 2022 as President Dr. John Jasinski, revealed that he would be leaving the university on June 30.

So what went wrong?

Members of the Bearcats for Jasinski Facebook group will tell you it’s politics, personal bias, and Gov. Mike Parson’s (R-MO) fault. Due to the governor’s role in appointing members to the BOR, Jasinski’s cortège called the Missouri State House’s motives into question. The governor’s office also declined to comment on the matter at hand.

Without the validity of conspiracy theories being discerned, it’s hard to tell. Although no hard feelings between the president and NWMSU can be verified, the thought has graced the rumor mill frequently.

Next to reputed gubernatorial involvement, accusations have been cast upon regents individually and their deciding factors that influenced the dismissal.

An online uproar ignited following the release of Jasinki’s personal statement, titled “All that Jazz.” As social media support groups formed, letters were also written to the Board of Regents, and outrage spread throughout the NWMSU community. From public callouts to the mentions of personal bias from Parson, no stone was left unturned.

Bearcats for Jasinski members rallied together to spread the word about a vote of no confidence in the BOR, and with over 700 signatures, a letter to reinstate Dr. Jasinski managed to gain support from over 50 years’ worth of alumni.

Jasinski advocate and Newsmax correspondent, Rob Carson, posted to the Facebook group on May 3 stating:

“WE MUST FIGHT THIS DECISION BY THE CORRUPT, POLITICAL BOARD OF REGENTS. I will make this nationwide personally reaching millions. I will push the vote of no confidence and get thousands to sign it. Who’s with me?”

While background supporters like, comment, and share, active members of the group aim to give Jasinski’s seemingly unreasonable termination the full attention it deserves. The group, started by Nina Dewhirst, shares recent news articles and meeting updates from the BOR.

The matter doesn’t sit well with past faculty either.

Former Regent Chair Marilou Joyner reiterated on behalf of Jasinski’s character. “I consider him among the best leaders I’ve been able to work with,” Joyner says.

Alongside descriptions of his outstanding personality are notes of pure dedication to NWMSU students.

Acting Regent Deborah Roach says, “The Regent appointment process needs to be looked at carefully. No one person should be able to contact someone and ask if they are interested in serving only to have those same people appointed to the board. Who looks at the candidates? Who makes the final determination that goes in front of the Governor for approval?”

Roach also gave a statement to the Northwest Missourian regarding her disappointment in the decision.

Exasperation heightened further after a public comment by current Board of Regents Chair John Moore was mentioned in Jasinski’s personal statement. “All that Jazz” states that Moore assured Jasinski his departure was not at the fault of his performance. Moore also maintains in a statement issued to the Northwest Missourian that his decision was apolitical.

In a statement given to The Pitch, Moore says, “Because it is a personnel matter, I won’t cite the specifics that led me to reach that conclusion, but I certainly don’t view it as bias, political or otherwise. With respect to state politics, I have no idea what Governor Parson’s views are with respect to Dr. Jasinski. From the limited view I have, they appear to have a cordial relationship. I can certainly say that the views of politicians–any politicians–played no role in my decision-making. Regarding ethics, I would note that it was and is my ethical obligation to act in a way that I feel is in the best interests of the university.”

Moore reiterates, once again, that his views are solely his own and that Jasinski’s dismissal was the only right course of action for the university.

It was mentioned that from his initial appointment in 2009, Jasinski has done nothing but exemplary work for Northwest. From a complete turnaround in the institution’s financials and educational success rate, there were no complaints.

Furthermore, NWMSU was given an Excellence and Innovation Award by the American Association of State Colleges and Universities (AASCU) for its pandemic response, which Jasinski spearheaded. The president was also named an Icon of Education in 2019 by Ingram’s Business Magazine.

Dr. Clarence Green, a reigning faculty member of NWMSU, is expected to step in as interim president effective July 1.