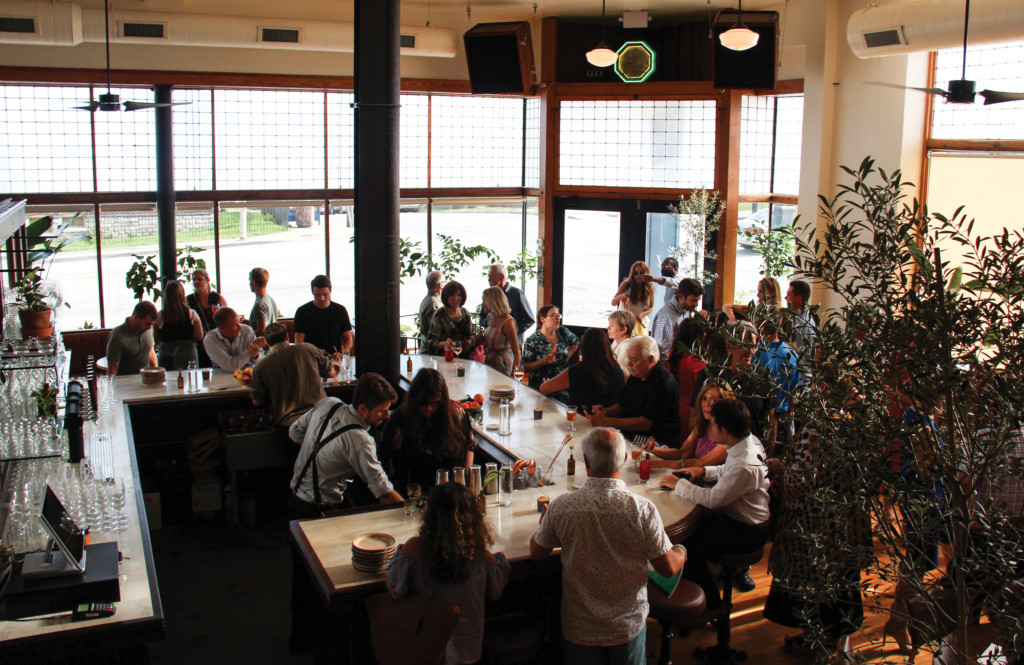 For diners, 2019 has been a generous, heaping plateful of a year. Tons of interesting restaurants and bars—too many to name them all here—opened across the metro, offering everything from handcrafted pasta to vegan burgers to CBD cocktails to Burmese food. We even bagged a couple of celebrity chefs: Gordon Ramsay, whose fine-dining palace at Harrah’s Casino caters to high-rollers, and Guy Fieri, whose Power & Light taco joint appeals to … people who like Guy Fieri.

For many progressive and high-end restaurants, though, 2019 was also a difficult year for restaurant owners, and industry trends suggest it’s not likely to get any easier. The central question is one of saturation: Are there enough diners—or, more to the point, enough diners with enough disposable income—to support all these wonderful new restaurants? A 2020 thinning of the herd feels inevitable, with or without a recession, and given some of the closings (and the November bankruptcies of two local restaurant groups) we’ve seen toward the end of this year, that process may have already begun. In the meantime, let us pay tribute below to the newly born and the dearly departed in KC food and drink this past year.

Two of the buzziest openings of the year were Michael Smith’s Farina and Vaughn Good’s Fox & Pearl. Both offer rustic fare—fresh pastas presented simply; hearty chops—with Smith’s leaning in the Italian direction, and Good with his feet firmly planted in the protein-loving Midwest. Chef Carlos Falcon of KCK’s Mexican seafood spot Jarocho opened Sayachi Sushi and Oyster Bar in Brookside, and Alex Pope moved his operations to the City Market, where the chef and butcher sells enormous burgers and sandwiches at Pigwich, the eatery that adjoins his much-loved butcher shop Local Pig. Speaking of dead animals: Harp Barbecue, which began popping up on Saturday afternoons earlier this year at Raytown’s Crane Brewing Co., has officially—well, technically unofficially—become the most-talked-about BBQ in town. (Get there early—real early.)

We also welcomed back Laura Norris’ much-missed homestyle Italian restaurant Ragazza, which relocated from its cozy (too tiny) spot on Westport Road to a bigger space at 43rd and Main. After a fire destroyed its original Brookside location in 2017,  Plate also returned, to swankier Brookside digs a few blocks east. On 18th and Vine, Anita Moore recently opened Soiree Steak and Oyster House (try getting a seat there on a Saturday—not easy). Zaid Consuegra and Lydia Palma are experimenting with the city’s first plant-based burger diner in the Crossroads with Pirate’s Bone, while just a few blocks away, Grad School is serving up Springfield-style cashew chicken along with burgers and other crowd-pleasers. In Westport, Mickey’s Hideaway has replaced McCoy’s, ditching the old brewery but holding on to a few of McCoy’s former menu items.

As for drinking: It’s been a good year for beer, with strong showings from newcomers like Alma Mader and Rochester Brewing and Roasting Co. in the Crossroads; Servaes Brewing Company in Shawnee (head brewer and owner Courtney Servaes brewed a remarkable 100 unique beers this year on her own); and, in Lawrence, Black Stag Brewing Company and Fields & Ivy. In The sprawling booze paradise J. Rieger & Co. added a couple of bars (and a 40-foot slide) to the East Bottoms, and Mean Mule Distilling Company brought us local agave spirits (agave is the preferred name for tequilas not made in Mexico).

We’re still a little tender about the October closing of Krokstrom, the delightful midtown Scandinavian comfort food destination. Owner and chef Katee McLean had been remarkably open over the past three years about struggling to keep a restaurant afloat during KC’s long winters and crowded restaurant landscape, so it wasn’t exactly a surprise when the news hit. But, damn: We will miss that Copenhagen Street Dog. More surprising was the November exit of Jonathan Justus and Camille Eklof’s Black Dirt, though the two have hinted at something exciting to come in the near future (dare we hope for a reborn Justus Drugstore?). A proper Jewish deli in the Crossroads, Broadway Deli also closed its doors, blaming a lack of parking. And in Westport, Californo’s served its last dish after 30-plus years in Westport. (Yes, Californo’s was still open.) Finally, Buddies, the long-running Main Street gay bar, closed in June, following the death of its owner. A “For Lease” sign is still up on the building, if you’re interested in opening a proper midtown dive bar.