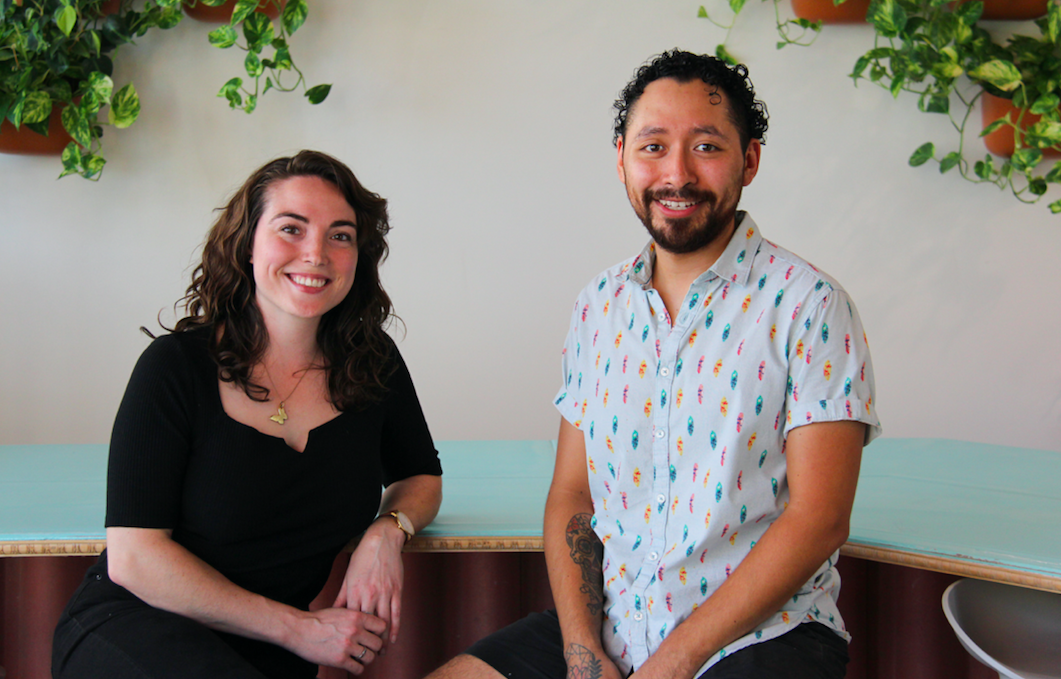 Palma (left) and Consuegra will continue their vegan partnership in the Crossroads. // Photo by April Fleming.

Zaid Consuegra has never had to work for anyone else. He’s never had a bad boss. He’s only worked hours he’s set for himself.

But Consuegra—who, on September 16, officially opens Pirate’s Bone Burgers in the Crossroads—has also never actually been in a position where he could work for somebody else. There’s no disappearing into an easy corporate gig, no benefits, no paid vacation. Consuegra is a Deferred Action for Childhood Arrival recipient, and his legal status, like that of millions of other people brought to the United States as children, is in a perpetual state of limbo.

Born in Mexico City, Consuegra moved to Kansas with his family when he was 11 years old. He attended middle and high school in the Shawnee Mission School District. After graduation, he moved to Boston, where he got a degree in film from Emerson College. His goal was to work in entertainment, and he sent letters and applications to a variety of companies in that industry. He was open about his immigration status. “I had every single letter sent back, saying they weren’t able to hire me,” he says.

Out of options and money, Consuegra moved back to Kansas around 2013. His mother was running a struggling convenience store in Shawnee at the time. Consuegra didn’t know much about food, but he stepped in to manage the small kitchen in the store. They renamed it Happy Ex. He worked there for a little while and decided to take a rather bold leap of faith, opening Pirate’s Bone Coffee in a tiny storefront he rented on 59th Street and Holmes, in Brookside.

“I have always dealt with people telling me I can’t do this, or I can’t do that,” Consuegra says. “I had roasters tell me how to do a lot of things. They didn’t think I’d be able to remember or be able to duplicate what they were doing … But no one was born knowing everything. I played around with coffee a lot, and I got better.”

As the shop started to attract regular customers, Consuegra found he needed to hire more staff. He brought on a friend, Lydia Palma—a Houston transplant who had worked in interior architecture and design. She was burned out and looking for a different type of career. Working at Pirate’s Bone seemed like a nice break from the grind.

As it happened, both Palma and Consuegra were just beginning their transition to fully vegan diets. Consuegra decided to make Pirate’s Bone an entirely vegan shop, eliminating dairy products like milk and cream. He weathered the brief backlash—Consuegra describes being yelled at by several customers—and discovered, to his surprise, that he was busier than ever. Sales more than tripled.

He also found himself cooking more. Pirate’s Bone had no commercial kitchen, but Consuegra used the tools available—induction burners and George Foreman grills—to make vegan options for his customers. He made soups, charcoal waffles, “chicken” salad made with jackfruit, wasabi bagels, and even tamales. But by far the most popular dish coming out of Consuegra’s makeshift kitchen was the vegan burgers. Soon, people were banging down the door for them.

“The weekends got crazy,” he says of the demand. “I had to hire four people, then five people. Then we’d run out of seating.”

Pirate’s Bone got busy in a way that didn’t feel healthy to Consuegra. It was chaotic, haphazard. So he closed the location. (The space is currently occupied by Littlest Bake Shop, a vegan cupcake shop and bakery in which Consuegra is a partner alongside pastry chef Iris Green.) That was in March. In the time since, Consuegra and Palma—now business partners—have been building their new concept, Pirate’s Bone Burgers, at 2000 Main Street, in the Crossroads. 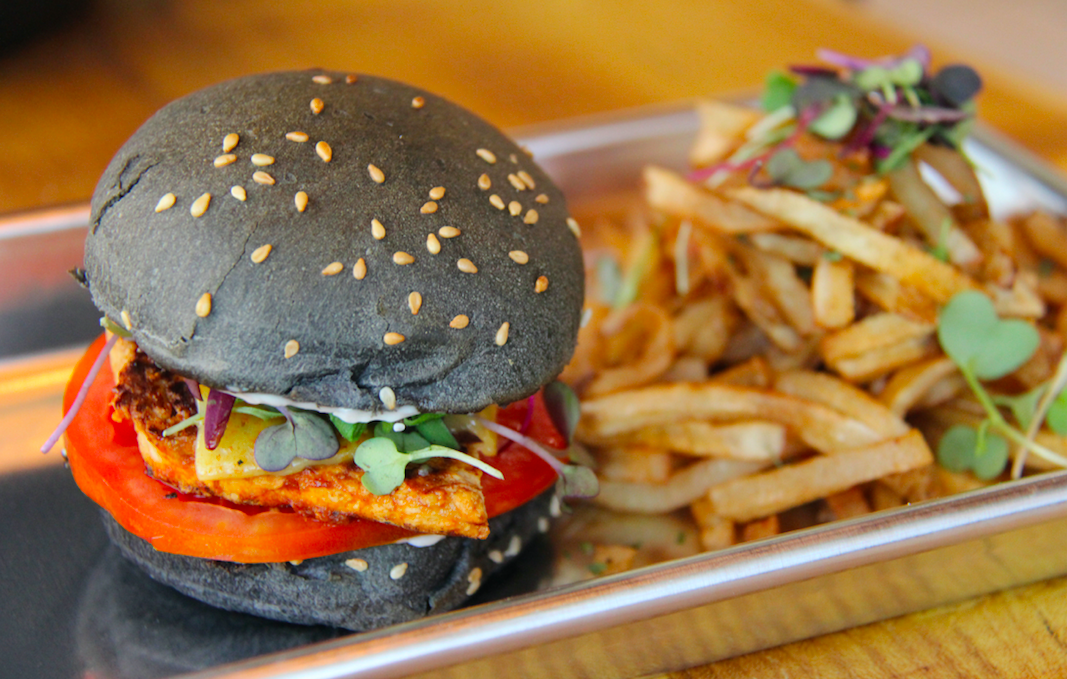 The chicken slider with fries. // Photo by April Fleming.

There, Consuegra’s star burgers, which include a beet burger as well as a black bean-carrot burger, will be featured alongside vegan hot dogs, fries, fried plantains, popsicles and soft-serve ice cream. Consuegra and Palma also consulted with the midtown nonprofit The Whole Person on ideas about how to make the space more inclusive to people with disabilities and people who speak different languages. Menus will be available in several different languages, including braille. The seats are child-friendly and easily configurable for different heights.

“We want everyone to feel as welcome as the person in front of them and the person behind them,” Palma says. “It turns out that it’s not as hard as everyone makes it out to be.”

When Pirate’s Bone Burgers opens this month, Consuegra says he plans to continue telling his immigrant story and to strongly advocate for the DREAM act, which would provide stability and a future for people like him. Given the political climate, he’s also aware of the risk he’s taking by being so open about his reality.

“I don’t want people to think, Aw, this great immigrant story, so cool,” Consuegra says. “No one would have chosen this life, to be truly honest. But it’s my duty [to be public about it]. I chose to have that duty. Even though I don’t have a big platform to speak on, I still have one, and it’s bigger than maybe the person next to me. If I want something done, it is my responsibility to talk about it and make it less taboo.”