Krokstrom is closing, and that doesn’t reflect well on KC food culture 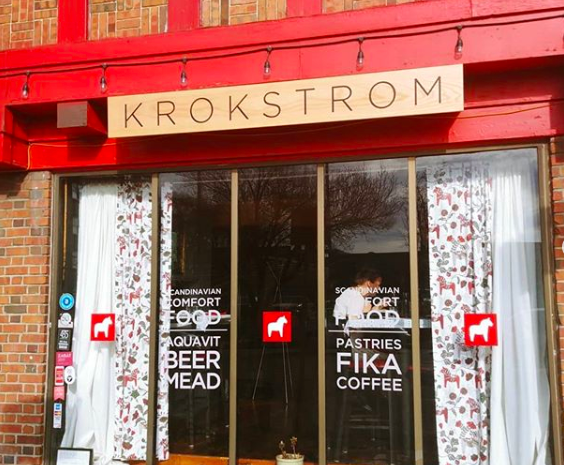 File under “market failure”: After a banner year of critical accolades and national attention, Midtown Scandinavian restaurant Krokstrom has announced it will close November 2.

Krokstrom was a bright spot in the city’s food scene: a chef-driven restaurant with a clear vision, focused menu, and easygoing hospitality. I’ve had a lot of great meals (and a lot of great aquavit) there. And the restaurant was starting to get the attention it deserved. In July, Feast magazine named it “Restaurant of the Year.” In September, Krokstrom was featured on Food Network’s Diners, Drive-ins and Dives.

But the awards and attention and endorsement by some unknown alt-monthly critic didn’t appear to translate to sustained traffic.

Owners Katee McLean and Josh Rogers have been transparent about their struggles, posting twice this year to Krokstrom’s Facebook page about how if business didn’t improve, they would have to close. They opened Krokstrom without any investors—“just the equity of my home,” McLean noted on Facebook. They did their own renovations, social media, and marketing, to keep costs low.

It’s hard not to see the restaurant’s closing as a referendum on the food culture in KC right now. This city is inundated with investor-backed clones of the same “concept” that serves understirred Manhattans and $14 short-rib mac and cheese. It’s named something meaningless but alliterative, like “Birch + Barrel.” You hear it has a really good brunch.

Those same-y, soulless restaurants are starting to choke out smaller, unique operations that don’t have the cash to compete. Almost two years ago, we noted the explosion of local restaurants and questioned whether the boom was sustainable. Rents were—are—rising. Restaurant groups are getting bigger. And now grocery stores, gas stations, and Home Depots are trying to get in on the boom. OpenData KC shows 2,014 active permits for restaurants in Kansas City, Missouri, alone.

This year, food journalist Kevin Alexander released the depressingly titled Burn The Ice: The American Culinary Revolution And Its End. To quote Alexander: “To those of us immersed in that [restaurant] world, it’s been clear for some time a bull market was raging, with the stakes constantly being raised as outside money kept pouring in, right up until the market saturated and everyone began white-knuckling their grip on whatever piece of the pie they had left.”

I’m not as cynical as Alexander. But it’s getting harder to ignore the writing on the wall. Don’t be the person Postmates-ing your Popeye’s chicken sandwich while complaining on the KC subreddit about how the city’s lost its edge. Support your weird local restaurants (theaters, small businesses) while they’re here.

Jan 28 @ 7:00 pm – 9:00 pm
Book and Lyrics by: Lisa Kron Music by Jeanine Tesori Directed by Lisa Rothe Fun Home is the winner of five 2015 Tony Awards including Best Musical. Inspired by Alison Bechdel’s best-selling graphic novel, this relatable and moving story has Alison reliving her upbringing with her brilliant and volatile father—a man whose own secrets defined the family—while discovering her own...
Tickets
Jeff Shirley Organ Trio