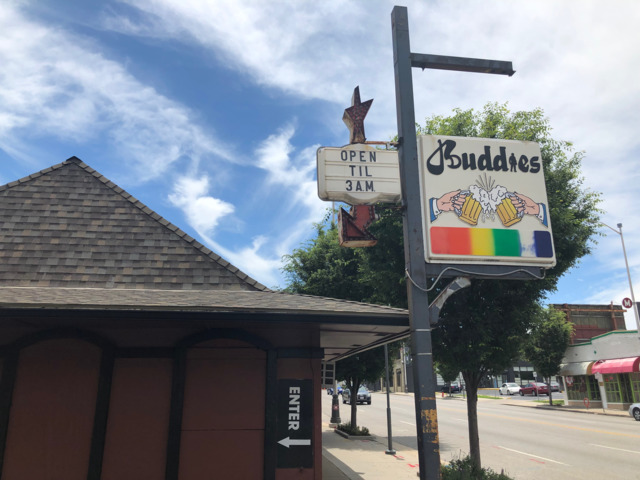 Buddies KC, the long-running midtown gay bar at 3715 Main, has officially closed. Its owner, Melvin “Lee” Mecker, died in April following an explosion in his home in Northeast KC.

“Buddies essentially died with Lee when the bomb went off,” Eileen Norris, who has leased the space to Buddies since she took ownership of the property in 2001, tells The Pitch. “Would I love for it to stay the same? Absolutely. But it’s not like someone else could carry it on.”

The circumstances surrounding Mecker’s death remain somewhat mysterious. The Kansas City Star has reported that Mecker told the police in 2017 that his ex-boyfriend had tried to run him over with a car, set fire to his home, and beat him on different occasions. A friend of Mecker’s said that Mecker had continuously feared for his safety in the years since and had voiced concern for his life shortly before he was killed.

“Lee was scared for his life, and he told me that the Saturday before he passed away. He looked at me and told me … ‘I don’t know what to do. The police aren’t doing anything,’” the friend, who requested anonymity, told the Star.

Norris says that, a few weeks ago, police stopped by Buddies to collect hard drives and laptops as part of the investigation into his death. They confirmed to Norris that the DNA collected from the body left behind by the explosion returned a positive ID for Mecker. Norris says, that in her opinion, there’s no doubt the ex-boyfriend was behind Mecker’s death.

Mecker had been involved with Buddies for 20 years, first as a manager, then as owner. He was the sole owner of Buddies, and his name was the only one on the liquor license (which had expired before Mecker’s death). Because of this, the bar couldn’t be willed to anyone else. So Norris recently started looking for a new tenant to occupy the space. She says she hopes the business that takes Buddies place will be granted a 3 a.m. license by the city as Buddies was.

“Buddies has always been so great to me,” Norris says.“I would love [for a similar establishment to take over the lease].”

Next door, at Sidekicks Saloon, Buddy Taylor (no relation) agrees.

Taylor has owned Sidekicks Saloon for the last nine years, and he’s been performing there as drag queen Belle Starr for over 31 years. Taylor says gay bars are closing faster than they can be opened in Kansas City. He hopes for another gay bar to take over the lease.

“With social media, the young homosexuals don’t need gay bars,” Taylor says. “Buddies was established. It had the clientele. I’m hoping somebody opens it while the clientele is still around.”