Support KC musicians with the first Bandcamp Friday of 2022 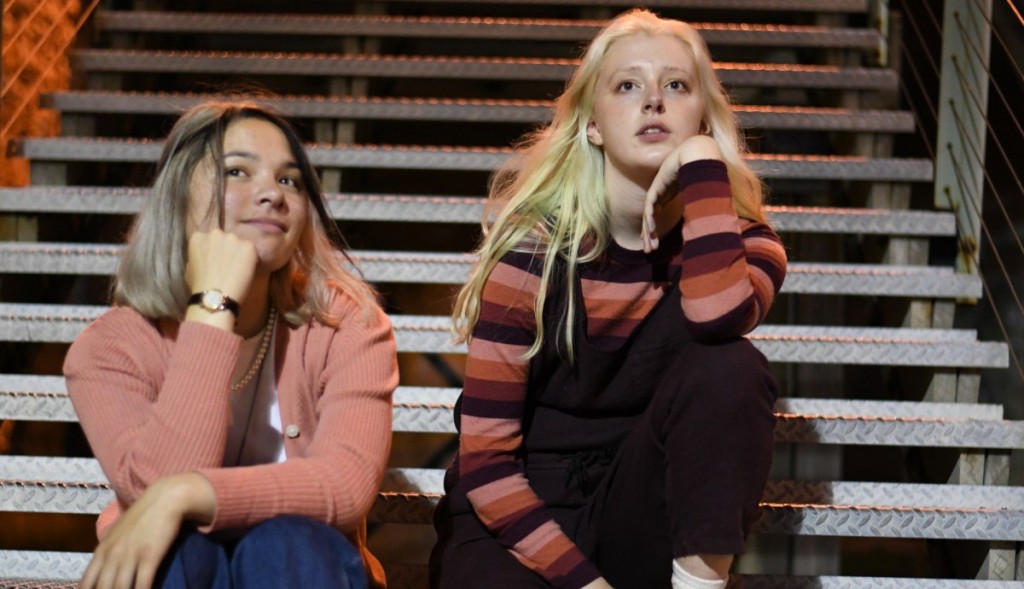 Today would be a fine time to pick up Jo MacKenzie and Dia Jane’s Brainbaby album. // Courtesy Brain and the Baby

When Bandcamp Friday began in March 2020, it was intended to just be one special day for the site to waive its typical revenue sharing process and let musicians keep 100% of the money they make in sales through the streaming site. However, with the website seeing $4.3 million in sales on the inaugural event and $7 million on their second, Bandcamp announced that they would continue to hold Bandcamp Fridays in the future.

Today is the first Bandcamp Friday in 2022, and the event provides a full day to give back to local artists in a more equitable business model. A number of KC artists use Bandcamp for their music, and if you care about supporting the artists in your community, this is a great way to give back to them (while also getting some incredible tunes.)

It’s A Dream! by Hembree

The new album is out this morning. If there’s one thing you’re gonna buy today, make it this. You cannot go wrong with Hembree.

Constancy by The Roseline

We’re nearly three months removed from the release of The Roseline’s seventh studio album, Constancy, and the five-piece folk group’s instrumentals still reek of dreamy undertones and a shade of fierceness. Even as each track guides its listeners through an emotional, honest journey, not much of the 10-track project breaks new ground for the outfit. What it represents instead, however, is a craft honed. A sense of cohesion not found in earlier records is undeniable in Constancy, likely thanks in no small part to The Roseline’s move toward a synergetic songwriting approach. The Lawrence folk group finds its footing here. This is a record that takes more personal risks without shying away from what the band does best, and it’s a record worth listening to.

“Wednesday” and “Over My Head” by Noah Spencer

Singer/songwriter Noah Spencer released his debut album Census in 2021. While the 30-minute escape into a bed of smooth vocals buzzes like the colors of a neon street sign, the two tracks that brought him here are equally worth your time. Those two songs—a duo of tracks that hit listening platforms last year and can be found on Census—are “Wednesday” and “Over My Head”. The former sees Spencer collaborating with Addie Sartino, as the two provide a gentle vocal duet overtop of mesmerizing guitars. “Over My Head”, meanwhile, adds about a minute of runtime to help deliver a cinematic feeling with a greater emphasis on the beat of it all.

Have you read Nick Spacek’s “Quilt by Association” in the latest issue of The Pitch? You should do so. Once you’ve read it, you’ll understand why you probably just want to buy this entire discography.

BrainBaby by Baby and the Brain

After listening to Baby and the Brain’s BrainBaby, you’ll find yourself hooked in by the songs and charmed by the inclusion of off-the-cuff in the studio moments where the pair of Dia and Jo talk and laugh. It’s a touch which only enhances the intimate nature of songs like “Icarus.” Those intimate cuts are contrasted by the rollicking “PT Cruiser” or the country-inflected (with banjo!) “Sarah.” It’s all wonderfully different, but the harmonies and emotional honesty come through on every cut.

Everything by Making Movies

The entire discography is available here. If you haven’t sunk time into MM, there are simply no bad tracks. We at The Pitch love ’em dearly, and you will too.

Kansas City Lights by They Call Me Sauce and The Popper

Kansas City Lights demonstrates that the old and the new can exist side-by-side to create something where the beats, rhymes, and sheer joyous verve come together in an upbeat collection of 11 songs celebrating not only the city itself, but the combined friendship of They Call Me Sauce and The Popper. Additionally, the album has all the hallmarks of an old-school mixtape, with drops from area music notables, including an absolutely fire intro from Hot 103 Jamz DJ, Brian B. Shynin.

Diary is Erin Eades’ EP—a five-song, 18-minute collection of intimate tracks that range from gritty, to twangy, to hard-hitting. If there’s any theme prevalent throughout the bite-size project, it’s self-reflection, as the album’s storyteller blends low vocal tones both with moments of rebellion and longing for happier times. It’s an honest project that sees Eades proving herself as a flexible musician and songwriter.

We’ve recently featured this musician on the Streetwise podcast, but the entire new album is a pop bop. It also ends on a cute cover of a track from local musician Manipulator Alligator.

A local label with a dozen great acts in their Bandcamp. We’re especially fond of Republic Tigers and Blvck Hippie.