The Roseline encourages you to hunker down 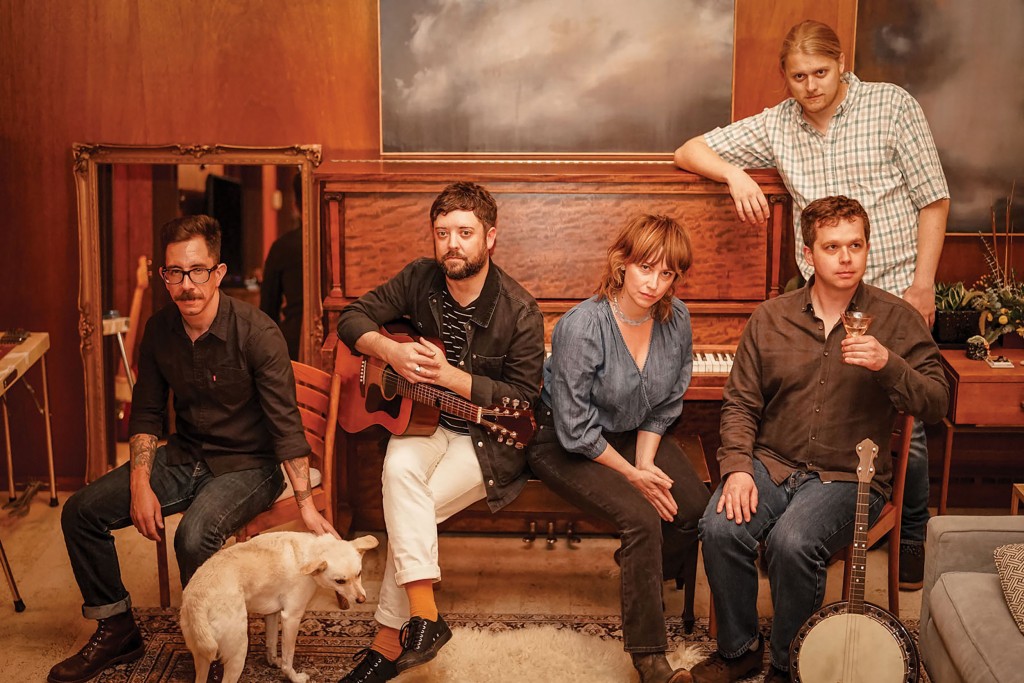 The Roseline. // Photo by Fally Afani

The Roseline’s new album, Constancy, is a record reflecting on big life changes. The majority of it was written at the beginning of the pandemic, ahead of the birth of frontman Colin Halliburton’s daughter.

“Most of it was written in early lockdown,” Halliburton recalls one evening as we talk in front of Lawrence’s Eighth Street Tap Room. “I’d been sent home from my job at KU. Everything was unknown. They were like, ‘Everyone go home. You still have a job. We’re still paying you, but just go home.’”

This was the situation for three or four months and, pandemic aside, it was a creative boon. Halliburton turned that period of not working into pursuing his music like it was  “a fake real job.”

“I would dedicate a couple hours a night to just go in my basement and try to write,” the songwriter says. “Most of the time, it was garbage or nothing, but it was just that routine of playing guitar regularly and keeping a simple work ethic.”

The vast majority of The Roseline’s songs over the last decade have started out as skeleton compositions written by Halliburton, alone with his guitar, before the rest of the band fleshed them out. This experience, though, was different given that the band wasn’t practicing regularly. Halliburton ended up with more time to edit and revise than he might have otherwise had.

“I think it was good because I could have time to reflect on the songs and go back and edit out all the garbage and just bring them what I thought was good,” Halliburton says. “I mean, there were literally songs that said the word ‘quarantine.’ Just total trash. That was good, to have that six months to be like, ‘Whoa, dude, some of these are really bad.’”

As part of his process, Halliburton reached out to The Roseline guitarist, Bradley McKellip, for some guitar parts. McKellip had some song ideas and chord progressions recorded on his iPhone that he sent to the frontman, along with chord charts. Halliburton wrote to those.

“I wrote four, five songs like that, where I didn’t even write the music,” Halliburton says. One ended up on the record, which is Constancy’s penultimate track, “Jumped the Shark.”

“The song definitely had some chords I’d never played before,” says Halliburton of the more “elegant” chords. “Something that wasn’t like G or D or A-minor. There are some sevenths or diminished ninths. When Brad first sent it to me, I was like, ‘Chill, jazz boy—my hands hurt!’”

Halliburton says it was worth the sore hands. He’s opened himself up to the idea that The Roseline’s music doesn’t have to be the romanticized ideal of three chords and the truth. “It’s not going to hurt you if you’re truly humble,” he says.

Six months into the pandemic, they felt comfortable enough to meet up in drummer Jim Piller’s detached garage north of Lawrence. Masked up and doors open, they got to playing again.

“We all knew each other a lot better at this point,” Halliburton explains. The band hadn’t been together all that long when they recorded last year’s G O O D / G R I E F. By the time they recorded Constancy, they were nearing their two-year anniversary. “It was a lot more comfortable with like, ‘I trust you, you trust me. Let’s just go wild.’”

That approach continued into the studio when the band went to Element Recordings with Joel Nanos.

“He was like, ‘Let’s not make the same record again. You guys made six Americana/folk-rock records.’” 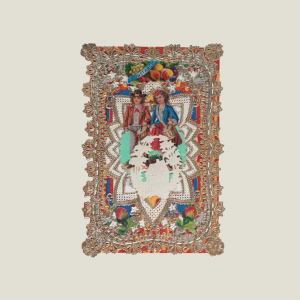 The cover art for Constancy.

It’s not as though they went from OK Computer to Kid A, Halliburton is quick to point out. They just incrementally changed the sound. In many ways, Constancy presents a similar listening experience as a Jason Isbell record. It’s a country-rock album where the country modifies the rock, as opposed to just being slightly-rocking country.

One new ingredient added to The Roseline’s sound mixing stew is the synthesizer work of Chase Horseman, which helps the whole thing sonically pop. Halliburton explains that Horseman’s work was a last-minute addition.

“Joel and I were talking about how we wanted to evolve the sound a little bit and we almost simultaneously looked at each other and said, ‘Synths!’” Halliburton relates with a laugh. “Then we were like, ‘Who’s going to play?’ and he looked through the control room window to the B-room at Element that Chase works in and was like, ‘Fucking Chase is right there!’”

Thanks to the talents of Nanos, Horseman’s synths were incorporated into the already-recorded, final versions of the songs like “Paper Airplanes,” fleshing out their instrumentals. The refreshed sound only helps the album to delve deep into the complicated juxtaposition of midlife and youth.

While Halliburton says he wasn’t consciously tackling these themes, he’s willing to admit that tracks like “Catalpa” and “Hunker Down” have something to do with being over 30 years old, living in a college town. The latter’s lyrics—“All I wanna do is mostly nothin’ / Hunker down with you, the cats, and the babe / Pull all of the crabgrass in the garden or touch up the paint”—will ring incredibly true to anyone who used to going out on Mondays and will “end up spendin’ a shift’s worth of wages or more.”

“I feel like it’s really magnified because I’m constantly surrounded by kids,” Halliburton says. “I still feel like a kid between the ears a lot of the time.”

He adds: “I’ve enjoyed just hanging at home with my wife and daughter immensely, then there are times where I get the itch to just go out and still paint the town—but the latter urge comes fewer and farther between.”