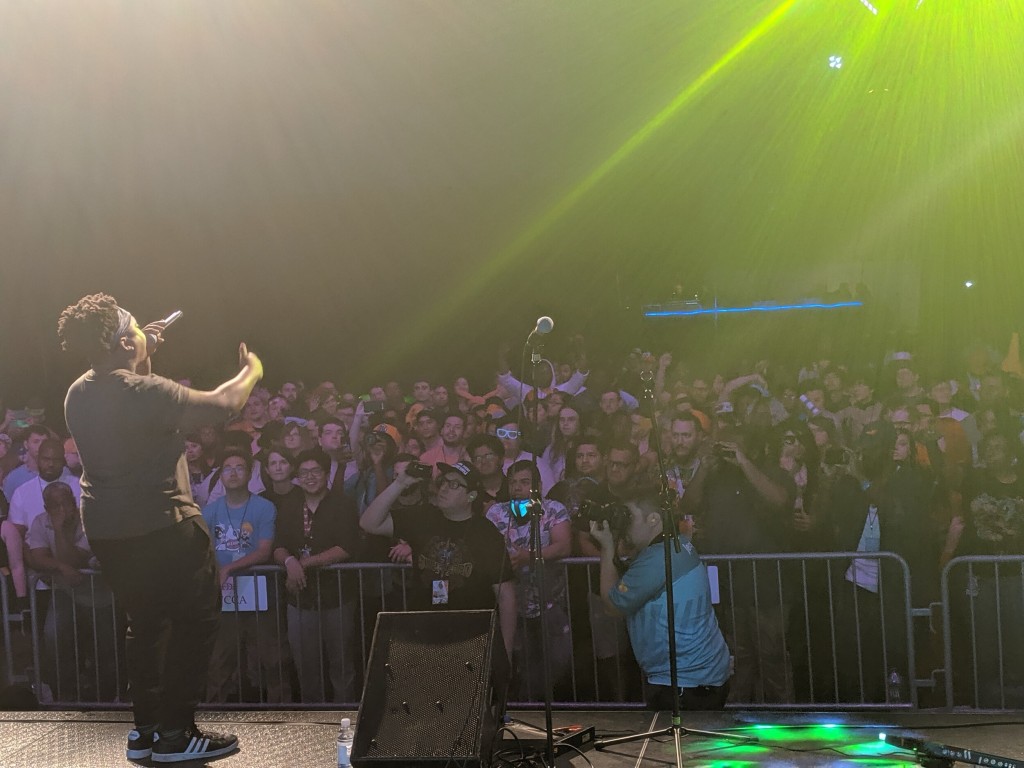 This Friday, June 5, Bandcamp will be doing another fee-free Friday, also known as #BandcampFriday, wherein the streaming service will waive all their fees and revenue shares, allowing artists to reap 100% off the proceeds from the sales of music and merchandise done through the site. When they did the first one on March 20, Bandcamp saw “15x the amount of a normal Friday,” with over $4 million in business, and the second, on May 1, saw over $7 million.

Rapper and trombonist Kadesh Flow released his I Hold Onto Heat for Too Long for the May 1 #BandcampFriday, and so we reached out to the musician (also known as Ryan Davis), to talk about what the fee-free Fridays offer, and how you can support musicians.

Additionally, given the way in which the recent #BlackoutTuesday and #TheShowMustBePaused online initiatives seemed to be focused more on performative white allyship, rather than the originally intended “honest, reflective and productive conversation about what actions we need to collectively take to support the Black community,” I put together a Twitter thread of black voices in and around the Lawrence and Kansas City areas with links to their socials and Bandcamp pages. If you’re planning on participating in this or next month’s #BandcampFriday (July 3), check it out here or embedded at the end of this post.

The Pitch: What was the idea behind dropping I Hold Onto Heat for Too Long? While you’ve steadily been releasing stuff over the last seven or eight years, what brought about this batch of recordings?

Kadesh Flow: That literally was because Bandcamp was doing another day where they waive their artists’ fees in May. They basically pledged to do it as long as Covid-19 is causing people to shelter at home, so I think they’re doing one a month. I know that people are gonna have their eyes on Bandcamp to be trying to support people so, instead of asking people to go get something that is already there, I figured I’d take some stuff I’m sitting on and put it up – kind of a Bandcamp exclusive because these are all things that have been on my Patreon for a while.

With a few exceptions, anything that I put out now has been on my Patreon for, in some cases, well over a year. With the last thing, I released that was like a serious release, so to speak – or something that I actually built up and then I’m actively promoting and stuff – the Motivated EP in January, half of those songs have been on my Patreon for over a year. At any given point in time, I’m sitting on dozens of tracks. They’re either some projects that I started and haven’t finished or they’re just one-off songs and I made ’cause I’m just creating and writing a lot and I don’t really believe in the whole “not using songs” thing that a lot of major label artists do.

They can afford to do that because there are budgets for it and they can’t put out too much material because, at some point, they’re diluting themselves, whereas as an independent artist, you get that to a certain respect with full projects, but with was three packs and singles and stuff it’s like, you kind of have to be creating and putting out stuff all the time. Those are just collections of things that I hadn’t put out and they may not even be on Bandcamp forever.

For example, “Room Service II” is the title track to the follow-up for the Room Service EP that I released in 2018. There was gonna be a Room Service II EP that the same people were working on at MAGFest 2019 and it just didn’t work out as well because I wasn’t able to stay in the convention hotel and that just created a lot of issues because you couldn’t just pull people into a room when you’re not in the middle of everything. We’re actually talking about doing a Room Service follow-up during shelter-at-home, so if that’s the case, “Room Service II” isn’t going to stay on Bandcamp as part of that release. It’s just kind of a thing where if people want to support me, I’m not going to ask them to for no reason.

The EP seems to provide a snapshot of where you are creatively right now. It’s a really good sampler pack of the different facets of Kadesh Flow, with video game samples and trombone loops.

Definitely. That’s intentional, right? I did that with this one and the one that I did at the beginning of April. I’m working on a full-length that’s also going to be called Bone Bars and Pixel Flips. It’ll basically be a mix – kind of like this – trombone mixes of video game songs and popular songs, combined with some original content that may be slightly thematic. So, that’s also a sampler: some trombone stuff, some bars, a track with Mega Ran that I’ve just been sitting on for forever – I think since spring of 2018, maybe? [laughs]

People have been – not bugging me, but way more than I expected it have suggesting that I do more trombone content, and I have been, but none of it’s out in an official capacity. You’re kind of getting a taste, here. As you may have noticed, none of this content is on any major streaming platforms yet. Bandcamp, everything goes to me. Bandcamp is probably the most artists friendly platform outside of Patreon that there is on the web right now for people to actually support you directly, so, it’s kind of rewarding people who want to be on that mailing list or paying attention to what I’m doing on that site for just be willing to support me directly. Those two EPs I’ve dropped on Bandcamp – both of them were four dollars and I think the averages that people paid for them are closer to 15.

The discussion I’ve had with people I know who do YouTube videos or podcasts or Patreon or anything like that is that, right now, certain things are doing really well where folks have time to watch movies and shows, but people have discovered that, because folks aren’t commuting, they don’t have as much time to listen to things. Has that affected you at all?

It seems to be affecting my streaming numbers a little bit, but not enough to really matter. My screaming numbers have gone down a little over the last couple months on my Spotify and stuff, but only slightly. I’m assuming that probably has something to do with the fact that I know I’m on people’s workout playlists and people aren’t going to the gym like that right now. [laughs] For the most part, it hasn’t really messed with me because my primary game hasn’t been the content for a couple of years. [pauses] I didn’t set that up the right way. Obviously, everything’s based on content but my main strategy that I’ve had to flip with Covid-19, was that I was propelling myself to higher and higher heights with these huge anime and video game conventions. I’ve been blessed to have some of the friends that I have – like Mega Ran – who would pull me on or hire me to play trombone, feature me on songs and whatnot. But, there’s also some of the people who have been coming up with me who are inspired by guys like Ran, who have gotten to the point where we’re now main eventing or co-main eventing certain conventions.

There are small verticals where we’re hugely popular. We’re not popular anywhere else. What the plan was for 2020 was to actually move towards the content being pushed harder to supplement the large crowd so they all kind of come together, where I have huge Spotify number or whatever, but I’m also playing in front of these massive things, and then having good tours off of it and all that good stuff. Because I hadn’t quite gotten there yet, this isn’t really affecting me much.

If you’d like to support Kadesh Flow or any other local black artists on Bandcamp, check out the Twitter thread below for a lengthy list. Feel free to DM me @nuthousepunks or email nicholas.spacek@gmail.com to be added.

@Bandcamp is doing another fee-free Friday on 6/5. I'm spending the rest of today using this thread to tweet out links to local #blackvoices in music you should support. If there's anyone I'm leaving out, please DM me & I'll add them to the list.