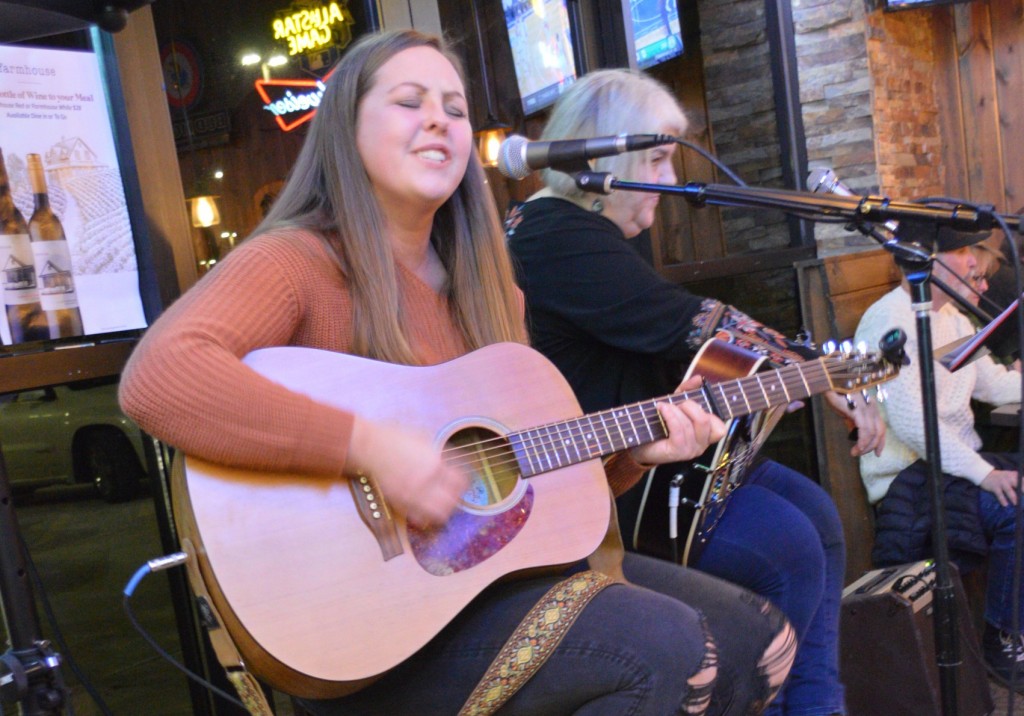 Local singer-songwriter Erin Eades uses her craft to capture the ebb and flow of ever-evolving internal turmoil. She finds that pushing honest, private subjects into public art encourages a more sincere connection with her audience.

“It makes you more willing to put yourself out there,” Eades says. “You know it’s not just putting a song into the universe. It’s putting out a little fragment of yourself and that can be really, really intimidating. If you aren’t giving that to your listeners, how are we supposed to mutually come together?”

Eades’ musical career began on the piano, as is the case with so many young musicians, but her infatuation with the ivories was short-lived. While searching for a better outlet, Eades’ father surprised her with a Gibson guitar and a songbook.

“I picked up the guitar and I absolutely loved it,” Eades says. “I think because I could play a lot of different kinds of music on the guitar, or at least that’s what I found myself creating.”

In junior high, Eades began plowing through memorization of the Beatles’ discography. Today, Eades’ musical influences are cherry-picked from across the spectrum. “I listen to a lot of indie rock music. But really, I’m so all over the place. It goes from pop-music that you hear on the radio, to a dance club track, to the acoustic sounds you might expect.”

“This is kind of a joke, but I always disclose that I’m not what you’d consider a real musician,” she says. “My knowledge of theory is so limited, and because of that a lot of what just comes from a place of basic emotion.”

Her earliest single “Looking from the Bottom” is a captivating toe-tapping lyrical rapture. Erin says, “That was a fun writing process, too. It came very fast, and the words were indicative of where I was at that point. Its about mental health and depression, although that may be Fairly obvious?”

The Diary EP came next in 2018, stringing together a collection of heartfelt songs. Beyond the engaging acoustic guitar, Eades peppered this EP with some bluesy driving beats and even an electric guitar.

Eades has used pandemic to lean in on some of those more diverse genre influences in her new compositions.

“I love that people are starting to incorporate more electronic elements into acoustic music,” Eades says. “I think is very interesting, just in and of itself. So, I’m looking forward to exploring that a little bit more.”

“I can remember being younger and listening to David Gray’s White Ladder album,” she says. “He was a great early example of the sound that I’m going for—where you have those electronic beats in the background there and acoustic guitar doing most of the work.”

Eades’ next album release is planned for later in 2022. The artist is currently choosing which songs will make the final cut, per the varying lyrical content and themes.

“I was in a relationship, years and years ago, and when it ended, there was a lot that did not end,” Eades says. “There were so many loose ends that finally got tied up, recently. That closure, that resolve, speaks to something universal.”