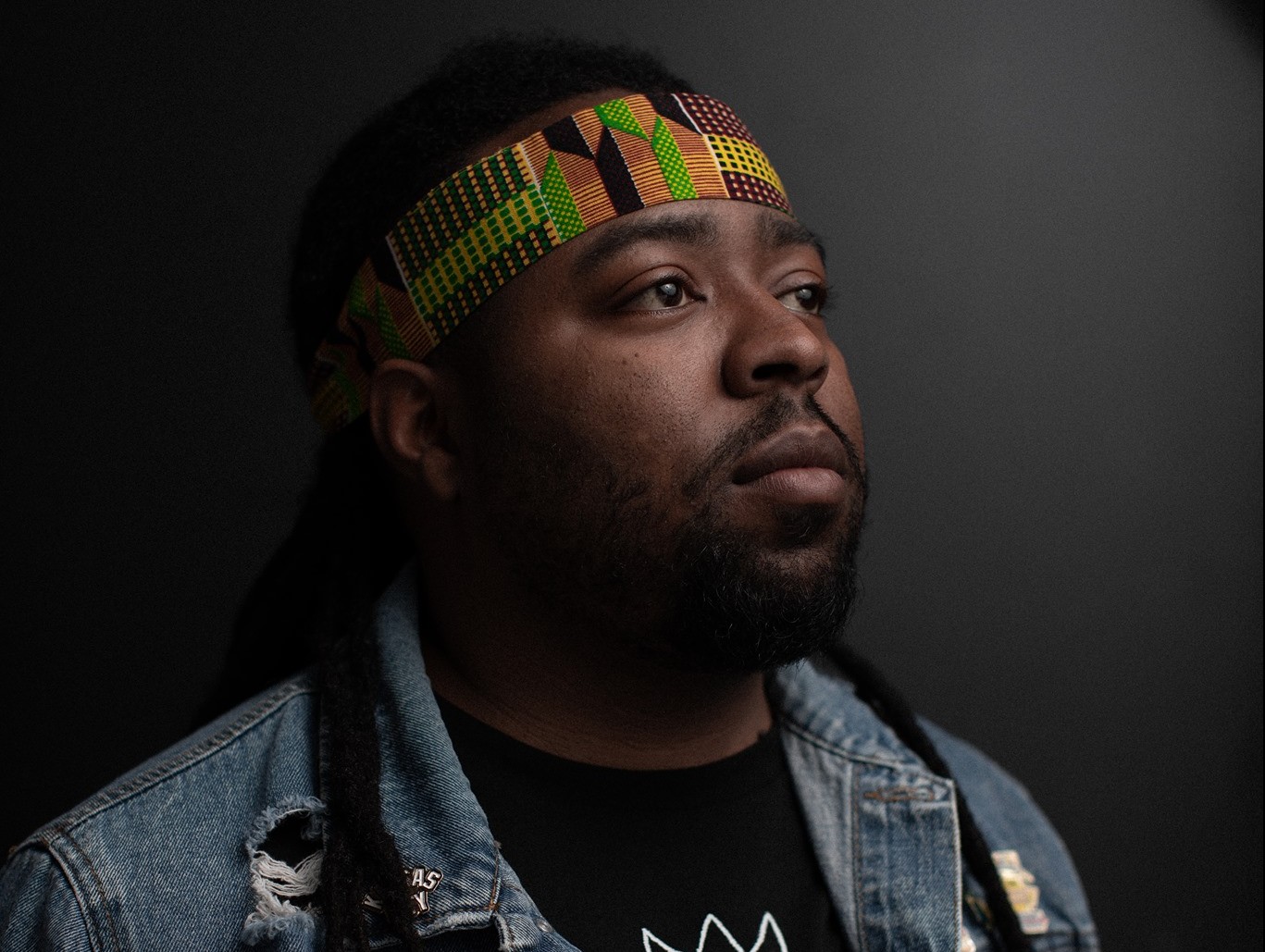 The new collaboration between up-and-coming MC, They Call Me Sauce, and legendary KC rapper The Popper, Kansas City Lights, dropped Friday, May 28. The album demonstrates that the old and the new can exist side-by-side to create something where the beats, rhymes, and sheer joyous verve come together in an upbeat collection of 11 songs celebrating not only the city itself, but the combined friendship of these two musicians. Additionally, the album has all the hallmarks of an old-school mixtape, with drops from area music notables, including an absolutely fire intro from Hot 103 Jamz DJ, Brian B. Shynin.

I hopped on the phone with They Call Me Sauce to find out how Kansas City Lights came together.

The Pitch: I love the fact that you got all of these folks to do hype pieces for Kansas City Lights. You got Brian B. Shynin to do your intro and then there’s all these other folks popping up. how did this, how did all of that aspect?

They Call Me Sauce: The Popper is connected with everybody in Kansas City that has anything to do with music and anything that. So he’s always on Hot 103, he’s connected to Strange Music, Major Factor Records—he knows everybody. So when we were doing the album, I was just thinking of different ways to spice it up, ’cause we don’t want to have a lot of features. We want to just rap.

I was like, “Man, let’s do the mixtape-era type of thing and get some drops.” We don’t want to have it to where it’s interrupting the song, so we’re putting it at the end of the song. If you listen to the song all the way through, you might hear a little surprise from somebody. I made a list of who I wanted and the Popper gave me creative control over all the album.

Brian B. Shynin had sent one and it was long. And I was like, “Man, we don’t want to put this on the end of the song, so let’s make that the intro,” ’cause the way he did it, it was this intro, you know?

How did the two of you come to work together, because it seems like it’s two eras of Kansas City hip hop, joining forces?

Exactly man, you know? When I first met Popper, I told him, “We grew up listening to you on the radio and when I first started rapping, I was trying to figure out how can I get on a Landmark That project,” because back then, when you were doing mixtapes, with Ron Ron and Meez and people like that, you will see that Landmark logo stamp. in the hip-hop scene, it’s like, Man! You got a Landmark That stamp on your album. Your stuff is official.” You can put it in 7th Heaven, it’s gonna sell, you know? So I always wanted to connect and as I got older and more established, he heard of me.

One day I remember we were, where were we at? We were at Soul Sessions on 18th and Vine for an event and he saw me and he saluted me and was like, “Yo, I really like your movement, man. What you doing with the positivity and stuff, man–I really mess with it.” I hit him up on Facebook and he added me and stuff and we started talking.

We just kept talking, man. And I went down to the store [IMKC] and talked to him. And he was like, “Yo, me some beats. I need some beats,” so I went by there and I was playing some beats for him and it’s the first song we did, called “Celebration.” He heard the beat and it was like, “I want that one. I want to buy that right now and I’ll put you on it.” I came up with the hook and everything, and that was the first time we did something together.

Since then, we just started building our relationship more and more. I was hanging out with him, going through the store, just chilling out. We did a couple more songs and then he was like, “If you want to do an album, just get the beats together and we’ll just split it down the middle. Add the verses, you come up with whatever you want to come up with and we’ll just work on it and knock it out.”

Last year, I had an album coming out called Death Defying Stunts. I put that on hold, so I can do this album with Popper because he had surgery to go through and it’s a real sensitive time for him. I wanted to really do something with him, so I’m going to put my stuff on hold and see if we can get our stuff going. Beginning of this year—well, I think February—we started recording and we just knocked it out. So that’s kind of how everything all started together. 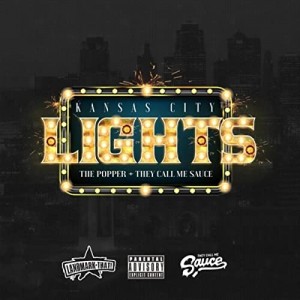 How long did it take to do? It seems it was almost effortless.

It’s funny because I was like, “I’m going there with you keeping me on my toes because, shoot—you the Popper. I’m about to come in and make sure my stuff is A1. I’m trying to make sure my impression is to stay up to par. We had all our stuff written. We were sending voice notes back and forth to each other. I was recording at home and sending him snippets of stuff so he can get an idea of the theme of the song or what I’m thinking about the song and he would send stuff to me, vice versa. We had the album done and picked out all the songs and he’s a real organized person with it.

He’ll literally write down everything and he just makes sure, “Okay, I got this on this book” or whatever. We went in the studio and a man and I mean, it probably took us, I know we had a 10 hour block and we had everything recorded and then we went back maybe five hours for mixing and mastering.

We went in there really efficient and knocked it out, man. And I was in the booth. I go through my stuff from me, he back in, you know, so it was really efficient. He was a true MC, man. He comes up from when Kansas City was on the front line of hip hop. He came up with Tech, you know what I mean?

Them dudes come from that era where you gotta really know how to rap. They really rapping and they writing their stuff down and memorize they stuff, and he’s got thousands of songs, you know? So we get in there together just vibing and he just appreciated it so much–my professionalism and me coming in as an MC as well.

Him coming from a different era and me—I don’t want to say I’m part of a new era, but a newer era—it kinda meshed well, because I got a little bit more bounce and a little bit more melody in my verses, and he has a more old-school, constant cadence, and it works really well, man. I was just really proud of the album.

Ending with “Celebration,” I think it’s really interesting that that was one of the first things you worked on together. That seems so appropriate, kicking off a collaboration such as this by starting with that, as the whole album is a celebration of his career, your career, and Kansas City hip hop, in general.

We wanted to have that represented within the drops, as well, so we got some of the hottest up-and-coming artists on there, Suli-4Q and YGKC. Then we got a DJ Big Baby and DJ Fresh, these classic mixed tape and DJ mainstays. Fresh was one of the first. He’s a core DJ, one of the first people to host hip hop shows and big hip hop shows in Kansas City and stuff, and that’s the Popper’s brother, so I’m like, “Yo, this makes so much sense.” And then, to have Tech on there and then Brian B. Shynin and Shay Moore from Hot 103—we wanted to make sure we were representing all of those things mixed together, as well.

When you’re making the music, you’re so critical, especially of yourself. As an artist, I’m my biggest critic. Now, to sit back and look at it and listen to it as a fan of the music, I really appreciate it for what it is and in our effort, what we was trying to do, and we wanted to create something positive, but still something street and still something dope, but something that has some good content, meant to encourage people, and that’s what Popper does with his store: encouraging people and saying, “Hey, you can have a legal hustle. You can be an entrepreneur. You can do more than what you think you can do or what you’re currently doing.”

For him to see so much success with his store and these last few years it’s just testaments to the kind of person he is. Out of all of the legendary artists in Kansas City, he’s been kinda one of the most accessible ones. You go down his store, man, and everybody’s down there at any given time. I’m talking about Young Cat, Ron Ron, Tech N9ne, Suli-4Q–everybody that’s doing something or has done something legit in Kansas City is down there, just hanging out.

When you go there, you’re gonna meet somebody, you know what I’m saying? He introduced you to somebody. He is the ecosystem of Kansas City hip hop and so, it’s been a pleasure just working with him and growing a relationship with him.

Kansas City Lights is out now. You can stream it below or purchase it from the iTunes store here.