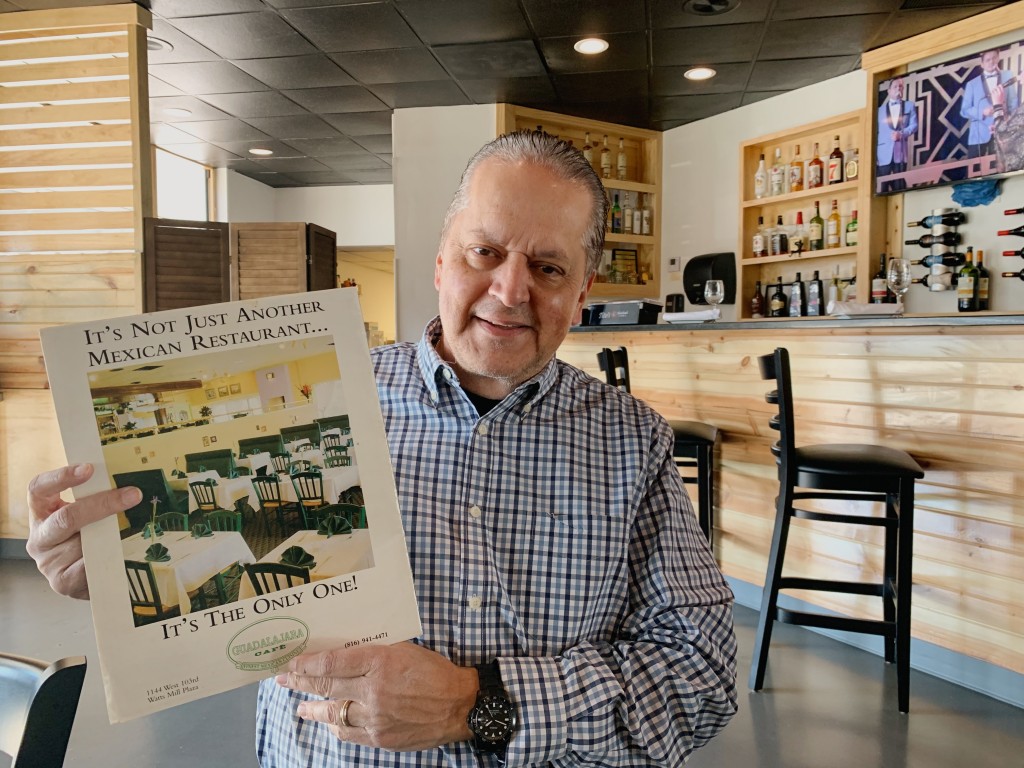 Victor Esqueda with an advertisement for his first restuarant, Guadalajara Cafe. // Photo by Savannah Hawley

Victor Esqueda wants people to eat Mexican food the right way. That means no Tex-Mex. The local restaurateur—he also runs Cacao and the previous restaurants Frida’s and Guadalajara Cafe—opened the second location of Ixtapa (7305 W 95th St, Overland Park, KS 66212) in the middle of a pandemic.

Esqueda and his partner Alejandro Hernandez opened Ixtapa in 2004 and its second location in July of 2020. It’s safe to say the operations of this new location, as well as their other restaurants in general, have not been easy during COVID-19. But none of that stifles Esqueda’s confidence in his food. In fact, if anything that is only growing. In about a month, Esquerda will open Tacos Cacao, a food truck that will be located at 79th and Wornall.

“Every item on the menu is there because they need to be there. I cannot say this is better than the other, because it all depends on your mood,” Esquerda says.

In his hometown is the not-so-small Guadalajara, the fourth biggest city in Mexico, Esquerda was the youngest of ten. He says he went to the market nearly everyday and his passion for food can be traced back to those visits.

When he opened his restaurant, he struggled to make sure that the ingredients were fresh and as authentic as possible when sourcing Mexican ingredients in the middle of the United States. But he didn’t settle for the yellow cheese he disdains. Instead he worked around the obstacles to bring a fresh and varied menu. Esqueda will be quick to assert that his food is not fried or greasy. Because, he says, if they do things, they do things right.

If you want more than the few Tex-Mex options on the menu, you’re better off going to another restaurant (he’s sure you’ll find many). But at Ixtapa, Esqueda’s customers are encouraged to try new things and allow their palettes to explore the Mexican food the Midwest doesn’t have a lot of.

“I want the people to come in and discover the real flavors of Mexico. They need to come in with open minds. I’m not going to tell you i’m the best, I’ll prove it. I cannot say I’m the best, because nobody has food like me,” Esqueda says. “I don’t say the Tex-Mex food is good or bad, it’s different. You can call Tex-Mex western, but don’t call it Mexican.”

Often, Esqueda notes that first-time diners are surprised by the upscale and simple decor at his restaurant. Ixtapa is located in the middle of an unassuming strip mall—not where you’d expect to find wildly delicious and authentic Mexican fare. The light and airy decor, complete with pine accents throughout the restaurant is a simple backdrop on which Esqueda can serve complex flavors and color combinations in his food. Although, Esqueda knows that those customers are usually remarking on the lack of pinatas or sombreros instead of his choice in chairs or wood color.

“People come and say ‘oh, this is a Mexican restaurant?’ What is Italian, what is French? It’s the food, it’s not the ambiance,” Esqueda says. “If I’m going to an American restaurant, I don’t expect to see John Wayne, cowboys, Indians, people on buffalos. We don’t wear sombreros and we don’t wear serapes. I only break pinatas on Christmas. Why do I need to have that funky stuff around here? If I’m going to an Italian restaurant, I don’t expect to see a guy in a gondola.”

Esqueda determined what I was going to eat for lunch and left me curious as to what would arrive at my table. First came quesadillas de flor de calabaza: squash blossoms sauteed with butter, olive oil, oregano and a little bit of melted cheese inside soft corn tortillas. 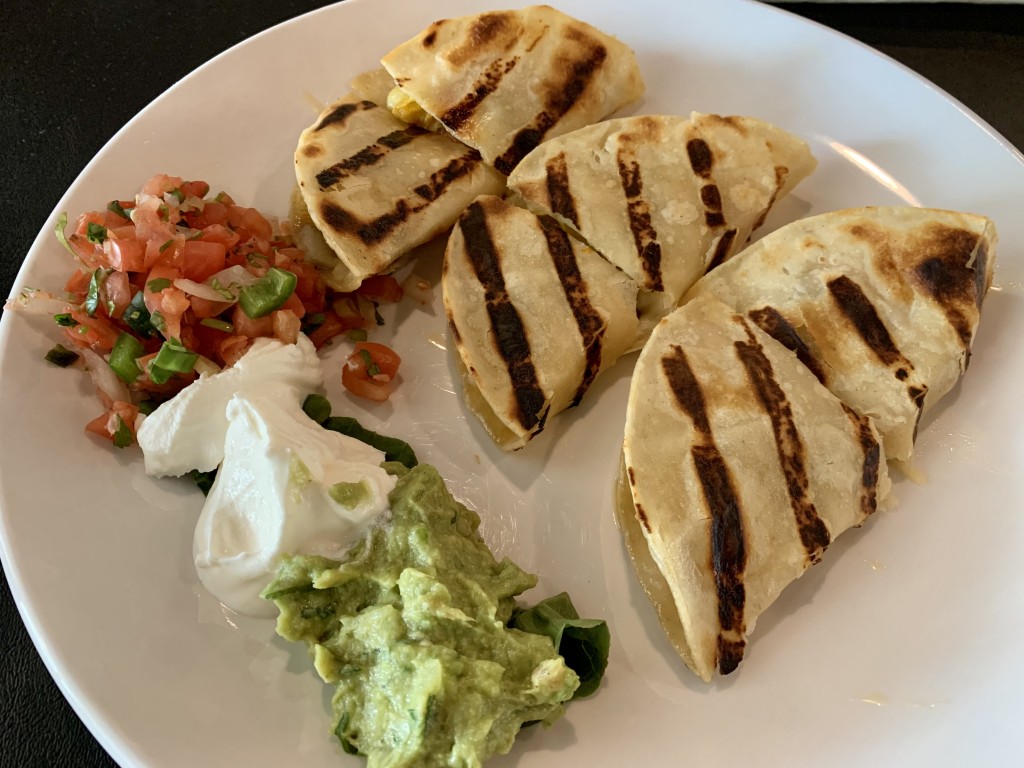 The yellow and orange squash blossoms emitted a mostly savory flavor. But their slight sweetness was allowed to shine with so few ingredients piling on. There were eight pieces of this appetizer. Even though that is plenty portion-wise, I was upset when my plate no longer housed the flavor that was bewilderingly both simple and complex.

I was not upset for long though, because next came mole. Enchiladas en mole, to be exact. The sumptuous and slightly tangy dish was so good that my hand instinctively went for more before I was done chewing. The starch of the house made corn tortillas played well with the rich mole and its subtle spices. The flavors in mole, Esqueda notes, are an example of how cacao was used as another spice before European colonizers came and made it a dessert. 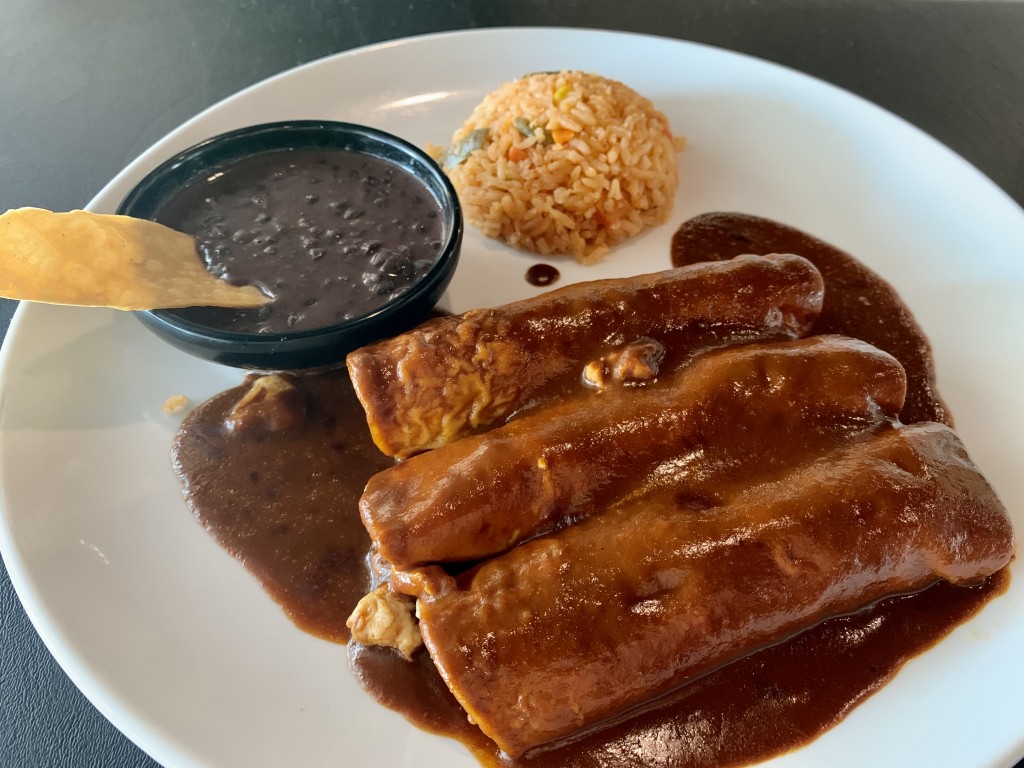 To finish off the meal I was rewarded (if over-eagerly eating delicious food was something deserving of a reward) with dessert. Ricotta topped with a mango puree and served with whipped cream. Esqueda explained that the dish was a nostalgic one for him, as it was one easily made with fresh ingredients they had around back home. 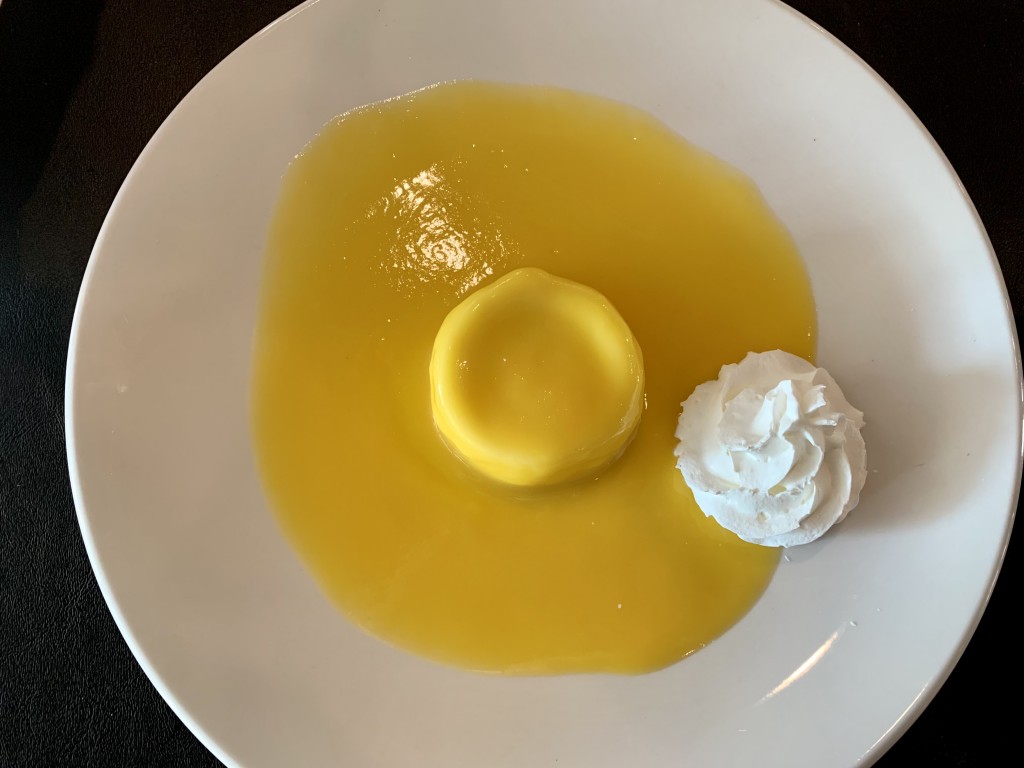 Fresh cheese, like ricotta, is topped with a puree of fresh fruit. Simple enough. Except Esqueda makes sure the ingredients are up to his high standards. He gets the ricotta and whipped cream from a woman in Columbus Park who makes it fresh for Ixtapa. Then he makes sure to find truly fresh mangos to puree to top the cheese. Doing so makes the dessert playful and tingly. The kind of meal-finisher that leaves you feeling more bubbly than sluggish.

I couldn’t have chosen a better meal for myself if I tried. Esqueda knows that, too.

At the end of each month, Ixtapa will be hosting dinners with a set menu that showcase iconic and authentic Mexican flavors. No, you still won’t find yellow cheese. The monthly menu will rotate, so check out their Facebook for answers. Until then, you must run to Ixtapa and taste the food yourself. Who knows, maybe you’ll develop your own hatred for crispy shell tacos and yellow cheese once you try the food.