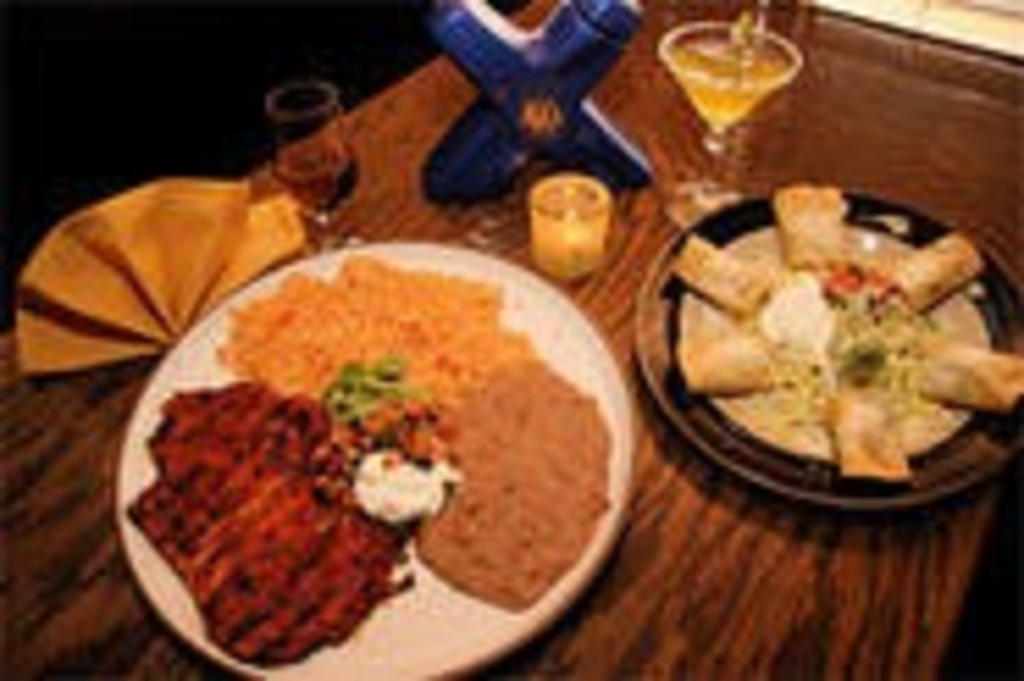 When it comes to Mexican food, restaurateur Victor Esquada knows who likes his style of cooking and who doesn’t. “My public is not the yellow-cheese people,” he says. “My food is not for everyone, but my public knows where I am, and they find me here. I’m a destination point.”

For the past three years, that destination has been Ixtapa, the cozy Mexican restaurant on the south side of Barry Road, across from the upscale Zona Rosa shopping district, which is also a destination — for diners who prefer a wide array of mostly corporate-owned restaurants, including the very attractive, Texas-based Abuelo’s Mexican Food Embassy. Which is, I can assure you, exactly where the yellow-cheese people want to eat.

Esquada’s place sits on the distinctly less glamorous side of the street, in a visually unremarkable strip mall anchored by a Chinese buffet on one end and a check-cashing operation on the other. Esquada and his brother-in-law, Alejandro Hernandez, took over this storefront after the previous tenant, Swagat Fine Indian Cuisine, packed up and moved to snazzier digs inside Zona Rosa. As at Esquada’s other restaurant, the 10-year-old Guadalajara Café on Kansas City’s south side, small color prints of Frida Kahlo paintings and a few vintage photographs of the iconic Mexican painter adorn the walls, which have been hand-ragged in a shade of cooked squash.

Business was a little slow at first, but Esquada says his public has found him and people are coming in for dishes that aren’t of the Tex-Mex persuasion. To further distance himself from those supposedly Mexican restaurants that appeal to the yellow-cheese people, he has dropped items such as fried ice cream and dessert chimichangas.

That’s fine with me, but I have friends who like that sort of stuff — including Franklin, who joined Debbie and me for dinner one night. And as soon as we settled into a booth at the back of the dining room, Esquada arrived and began proselytizing.

“Let me dispel a few myths about Mexicans,” he said in his deep, sexy voice. “The truth is, we don’t drink Corona beer or frozen margaritas. We do not eat Tex-Mex combination plates or burritos covered with melted cheddar cheese.

I looked across the table and saw Franklin wince. He loves thick, meat-filled tortillas drenched in melted queso, but I realized that he would be far too intimidated to order one now. Esquada wasn’t merely our server that night; he owned the place and, obviously, knew best.

“Well, why don’t you bring me what you think I should have for dinner,” Franklin told him.

This time I winced. I knew that Esquada would probably serve a traditional Mexican dish that Franklin, who can be a fussy eater, wouldn’t like. Whatever happened, though, promised to be interesting.

Franklin likes guacamole, so we started with that and an order of quesadillas de flor calbaza — soft corn tortillas folded around cheese and squash blossoms and sautéed in butter. Esquada made it clear that if we were sophisticated, we would also have ordered the quesadilla made with cuitlacoche. Ixtapa’s menu describes this delicacy as “corn mushrooms,” but sophisticated foodies prefer the term “corn smut” to describe the ugly black fungus that infects ears of corn, swelling the kernels to 10 times their normal size. American farmers call the fungus a plague, but the ancient Aztecs loved eating it, even if their word, cuitlacoche, roughly translates as black excrement.

I was too yellow to try it that night, but I might order it someday because the Ixtapa crew sautés it with wine and goat cheese. The menu insists that the dish is “to die for.”

Debbie and I liked the less exotic squash-blossom version, but Franklin’s guacamole wasn’t quite defrosted; it tasted more like an avocado sorbet.

Turned on by Esquada’s basso, Debbie took his recommendation for camarones borrachos: shrimp cooked in an oddball — but tasty, it turned out — concoction of orange juice, beer, paprika and wine. The sauce, vividly orange but watery, was heavier on brew than on citrus, but Debbie greedily ate the crustaceans with soft slices of fresh avocado.

I couldn’t resist ordering the Steak Ranchero, if only because the menu description ended with a command in capital letters: DON’T MISS IT! When it arrived, the beef slices had been sautéed in some mysterious special sauce and jalapeño slices — it was pleasant enough but didn’t live up to its marching orders.

Esquada decided on pollo al chipotle for Franklin, who took one taste and gasped for water. It’s a fiery number, all right, with sautéed chicken, broccoli and carrots in a smoked-chili cream sauce. I thought it was excellent, but Franklin sulked: “I wish I had ordered a burrito.”

When I returned a few nights later with Bob, Richard and Linda, I warned them that Esquada’s kitchen wasn’t sheepish about cooking with those chili peppers. Duly prepared, we started far too ambitiously with a big platter of starters. The Ixtapa Sampler was really more of a meal than a presupper snack. After putting away a few beef-filled fried taquitos, pieces of achiote-marinated chicken and broiled sirloin asada, we were almost too full to tackle dinners. But who wants to stop at a sampler?

Bob wanted a burrito smothered in melted cheese and, luckily, Esquada wasn’t in the house that night to talk him out of ordering one. The rest of us agreed to try things that we rarely see in other Mexican restaurants. Linda ordered the camarones al Nopal — shrimp cooked with cactus and chipotle peppers. Richard ignored the menu’s warning (“SPICY!”) and chose the Steak Ixtapa.

When our server brought out the meals (on plates nearly as big as hubcaps), Linda took one bite of the shrimp dish and nearly screamed. “It’s too hot,” she said, fanning her tongue with her hand. I traded her my dinner — a mellow chile verde in a mild tomatilla sauce — and quite enjoyed the combination of shrimp, onion and green strips of cooked cactus. It wasn’t too fiery for my palate, but Richard’s sliced steak was. The carne charred my tongue, and Richard nibbled on it gingerly.

“They should ask patrons how spicy they want their dinners,” Linda said. “I mean, the food is wonderful if you like it really hot.”

Bob, meanwhile, was focused on his Deluxe Burrito Manadero, the traditional Tex-Mex burrito made with ground beef and beans in a soft flour tortilla and covered with a bubbling blanket of you know what. “It’s very good,” Bob said. “This is my kind of Mexican.”

To cool down our taste buds, we sampled a couple of Ixtapa’s terrific nondairy ice cream creations. “Instead of milk, we use atole,” Esquada explained to me later. “It’s the cornstarch water left after you cook the masa for tamales.” The flour-and-water atole and a chocolate-flavored variation are better known south of the border as beverages, but Esquada uses them as the main ingredients for the creamy frozen dessert.

“It’s more like a frozen mousse,” Linda said. She marveled at the consistency of the vanilla version, which actually tasted like a buttery caramel. The chocolate ice cream was even better — served on a cookie crust, it was like a frozen mousse cake.

With desserts like that, none of us missed fried ice cream. After all, as Esquada says, “If my public wants something fried like that, they should go to KFC.”

Or, more accurately, a Mexican restaurant that aims to please the yellow-cheese people. Ixtapa “My food is not for everyone, but my public knows where I am, and they find me here. I’m a destination point.”