THUNDERGONG! is upon us this weekend; free and available around the world 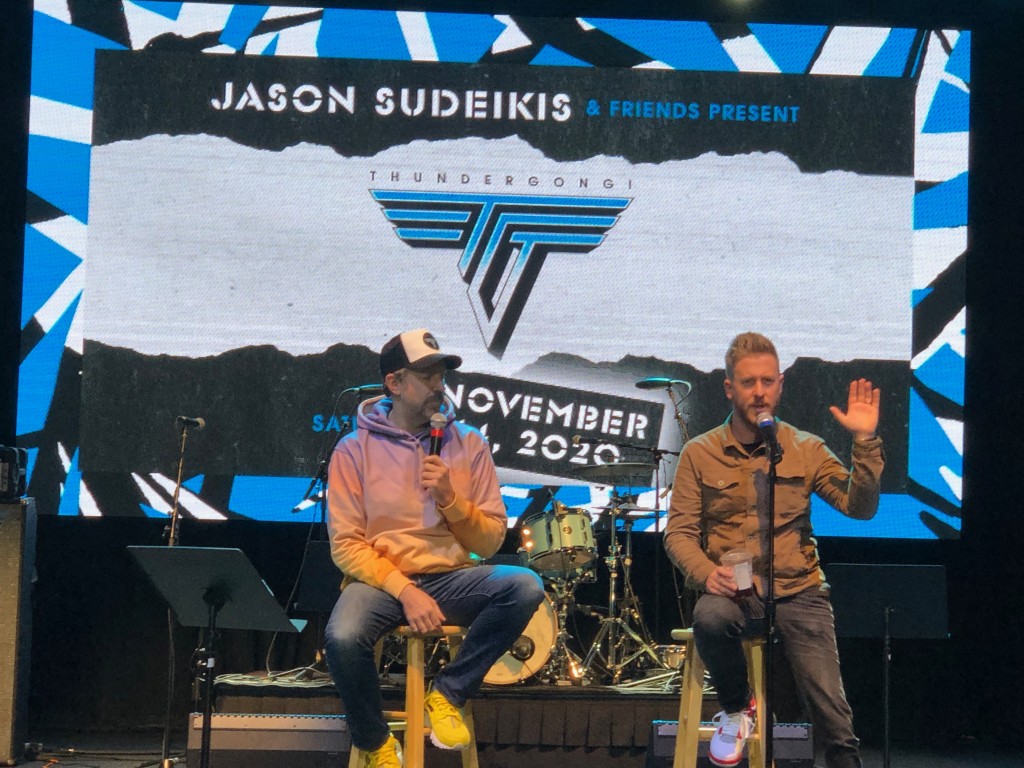 There are few moments as normalizing in 2020 as having community tentpole events finding a way to adapt and survive. Sure, throwing The Pitch’s annual Best of KC party over a Zoom call, but at least we still found a way to have it? Normalizing. At least everything wasn’t wiped from the calendar. It is with similar (if not more) excitement that we enter the weekend and the glorious return of another familiar local institution.

THUNDERGONG! is a night of musical performances and celebrity appearances, coming together to help uninsured and underinsured amputees get the prosthetic limbs they need—restoring mobility and restoring possibilities. Since 2017, the event has raised nearly $850,000 for Steps of Faith, helping provide prosthetics to more than 400 individuals.

Appearances this year include:

It’s never not funny that Ted Lasso is listed as if that’s the name of a band. I would absolutely see that band, to be clear.

With COIVD-19’s looming influence, the event made the decision to convert to a digital format. For a number of reasons, this actually makes us more excited about this year’s THUNDERGONG!

While I’ve long known about the event, I’ve never been able to attend, whether by being out of town or having tickets sell out before I could get in. My parents have equally been invested in wanting to participate in the last few years, but they aren’t making the trip out from Salina, Kansas. This year’s show being a free live stream means that anyone in the world, not just the 2500 people that fit into the Uptown Theater, can participate. And that goes both ways, meaning that almost everyone on their guest wishlist is able to pop-in—bolstering the already typically stacked line-up.

At a press conference this morning, host Jason Sudeikis (of SNL and Ted Lasso) and co-creator Billy Brimblecom Jr. (Executive Director for Steps of Faith Foundation) spoke at length about the event’s importance.

“This show is supposed to be for everybody,” Brimblecom says. “Normally the tickets start at $45 a piece and extend up into the higher, big-money sponsorship tiers. This year, with the free show, we’re just depending on people giving whatever they can.”

“But also, the cliche is true: every penny counts,” says Brimblecom.

Sudeikis spoke about how everyone should be on the same side here, and how there’s nothing to play defense against with an event this universally beloved. “Insurance companies and their lack of empathy are the only enemies here,” Sudeikis says. “Apathy. That’s the only thing we need to be on defense against.”

500 people lose a limb each day in America. Steps of Faith works to provide prosthetics for as many folks as they can support. “As we start ranking higher in Google searches, the more requests come in,” Brimblecom says. “And the more money and support we need to help others.”

The event runs live at 7 p.m. this Saturday night. You can find both YouTube and Facebook streaming links, as well as donation/merchandise information at Thundergong.org. Tell everyone you know to tune in, and toss a few bucks in the hat for a good cause.