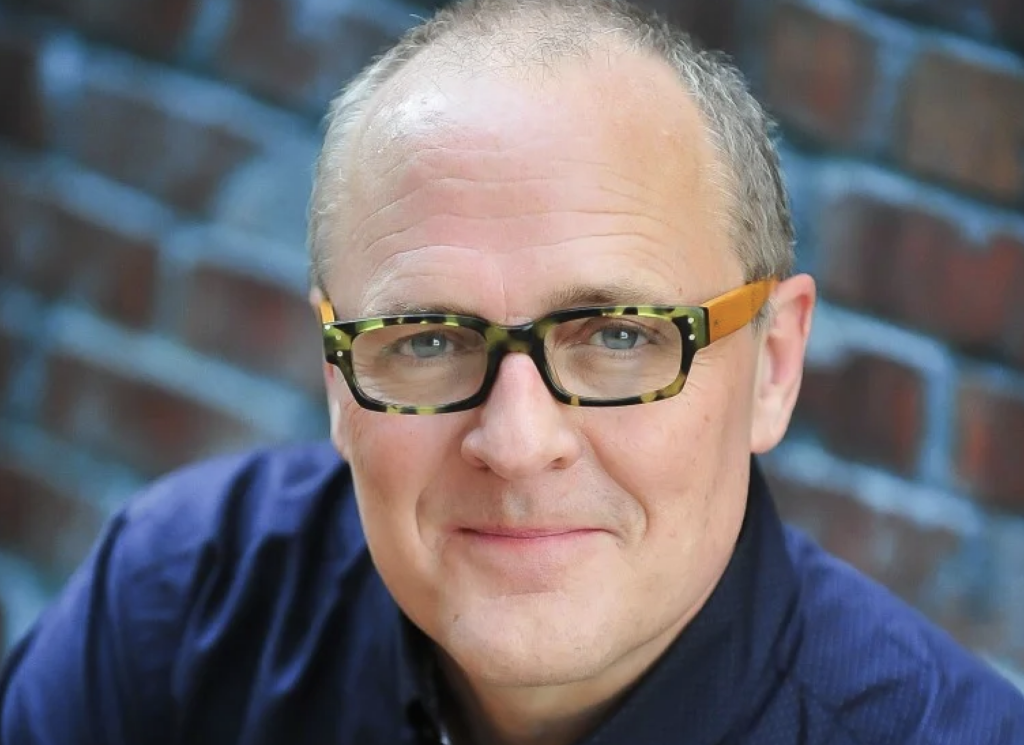 This story has been updated with several important developments, which can be read at the bottom of the page in chronological order. Please note that in light of recent events, some of the embedded posts from social media accounts are visible on and off at the discretion of users navigating a complicated situation.

Content warning for language around sexual harassment and assault.

Jeff Church, longtime artistic director of The Coterie Theatre (2450 Grand Blvd) is one of the most important names in KC’s theater scene. For more than 30 years, he has served at this children’s theater while also directing and advising with productions at The Unicorn and UMKC. His work on stage and behind the scenes has been the focus and celebration of numerous features at this publication. Because of his work, The Coterie was named one of the best five theatres for children in the United States, within the pages of TIME Magazine.

Church’s legacy, and his future with his own theatre, are now being called into question.

In a social media post shared widely on Tuesday Dec. 20, a former local KC actor put forth a detailed and traumatic accounting of alleged sexual violations committed by Mr. Church.

Within a nearly nine minute video, Dashawn Young recounts an alleged incident from the summer of 2017, where a pool party at Church’s residence ended in a sexual encounter. Young, then 22, characterizes the experience as one that went from confusing to uncomfortable to pleas for it to end.

After the pool party wound down, he couldn’t locate his street clothing or possessions, which had somehow migrated from the poolside to Church’s bedroom. Young moved to the bedroom and began to change out of his bathing suit, when he claims Church unexpectedly initiated a sexual encounter.

Content warning: explicit sexual descriptions in the video and text that follows.

Speaking today to The Pitch from his current home in Florida, the former Lee’s Summit native shared why he felt the need to come forward.

“I was watching the Weinstein thing on TV,” Young says, referring to the news that broke Monday Dec. 19 of Harvey Weinstein’s conviction on rape charges. “I couldn’t get Jeff’s face out of my mind. I knew I had to say something. All I can see is his face, when he was on top of me, with this disgusting grin. I tried to laugh it away, and asked him repeatedly to stop, but he kept laughing while saying ‘I don’t care what you want.’ This was The Great Jeff Church, who I’d looked up to since I was a kid.”

Young acknowledges that he and Church had previously been flirtatious and had gone on two dates, but that these interactions had concluded by the time of the alleged incident in Church’s bedroom.

The Coterie board of directors, fronted by president Andrew Van Der Laan—who is currently running for a seat on the school board in Blue Valley—issued this statement to The Pitch following the video’s release:

The Coterie Theatre is committed to providing a safe environment for all its employees and guests, free from discrimination and harassment, including sexual harassment. Complaints of sexual harassment are taken seriously, considered in confidence, and investigated promptly and thoroughly. The theater and its board currently are investigating an allegation. It would be inappropriate to comment before the process is complete.

Since Young’s declaration on Tuesday, an outpouring of support from the community has been the wave propelling others who consider themselves victims of similar predatory behavior from the same man to make their stories known—publicly and also contacting this publication directly.

A dozen former and current Coterie employees, and others from the theater community, spoke to The Pitch on the record, with some sharing on the condition of anonymity for fear of professional reprisal from Church and the others in high-ranking positions.

Through a week of interviews and provided documentation, repeated patterns of behavior across most first person accounts paint Church as a person in a position of power who—as they consistently describe it—uses the promise of career advancement, in combination with social, professional, and physical pressure, to enact predatory behavior on young male actors.

This comes on the heels of the theatre’s executive director Joette Pelster passing away, which occurred at the end of November, and a celebration of life event was held at The Coterie on Monday of this week. Some have speculated that her passing was the inciting incident for people like Young to begin coming forward.

As The Pitch continues to interview those who felt harmed by Church, a number of prominent Kansas Citians and former performers have already taken the step of publicly addressing their experiences.

KKFI 90.1 radio host Mark Manning was among the first to speak out, sharing the details of an alleged sexual encounter with Church that shares specific behaviors and actions with Young’s story. Manning says an incident occurred back when the performer was 27, in the summer of 1991. “I was so embarrassed and I felt like it was my fault for allowing this to happen,” Manning says. “Like Dashawn said in his own testimonial, I felt as I never had the opportunity to say “no.” A full statement from Manning can be read here.

Shea Coffman, a former actor at The Coterie, expressed via email and a further interview a repeated series of unwelcome encounters in 2007. These culminated in what he assumes to be professional retaliation, as he was suddenly removed from a Coterie production a few weeks after rebuffing Church’s physical advances. Coffman was 19 at the time, and a volunteer with Coterie’s theater summer camp at Pembroke Hill School. He is not the only subject to attribute an unexpected discharge from one of Church’s shows following a personal rejection of the director’s advances.

KC Comeaux, an actor who worked for Jeff while in his early 20s, has shared the following statement.

For those interviewed, the obvious next step here is that The Coterie Theatre—a space dedicated to youth productions, featuring almost entirely young actors, while also hosting outreach programs in local schools—should examine whether this is a person who should be allowed to continue in a position of power and authority.

A few things make it difficult to have faith in Coterie’s internal investigation of Church, as per the board’s statement to The Pitch.

At the time of press, no one from Coterie has contacted Dashawn Young to ask about his story. In fact, the only communication Young has had with the theater comes from a box office employee who reached out to request he remove tagging the theater by name in his video.

In a Facebook Messenger exchange obtained by The Pitch, the employee explained to Young that the box office was too busy with a show cancellation to handle the attention.

“I am so sorry for that,” the employee says at one point in the exchange about the post. “But anyone caught in the middle doesn’t deserve to be burned with it. I’ve only been with the organization for six months, as had a large portion of our staff now. And this is the first I’ve heard of any of this. Again, your feelings and what you have to share are absolutely valid. Just please remember some of us are trying to do what we can.”

Coterie’s press representative was equally unable to make further comment regarding whether any email address or phone number would be provided so that other members of the public could contact them with information relevant to their investigation into Church.

Coterie also was unable to comment on whether Church would continue working at the theater over the course of this investigation.

In documentation and screenshots provided to The Pitch, a complaint was filed with The Actors’ Equity Association—the union representing live theatrical performers—detailing Church’s use of the official Coterie Instagram account to send sexually explicit messages and how, as part of an Instagram takeover weekend, young participants encountered the DMs.

The complaint goes on to expand on the discomfort continually felt by staff members, regarding this kind of behavior from Church and the lack of oversight. Other interviews and statements have even detailed the experience of individuals who have received these sexually explicit messages from Church, via the children’s theater account.

In summation, it becomes increasingly difficult to believe that Coterie’s board has not been made aware of their artistic director’s accused actions in the past, especially around “Kansas City theater’s worst kept secret.” A lack of communication from the theater with individuals making specific, disturbing, public claims bodes poorly for the belief that this investigation is being taken seriously at this time. An apparent disinterest in channels for direct communication with those affected does little to change that perception.

Any further statement from Jeff Church or The Coterie Theatre will be reprinted in full on this page, especially any updates regarding public-facing contact information that would allow the board to hear from those who wish to come forward.

An updated statement from The Coterie Theatre board at 2:50pm on Friday is as follows:

On Tuesday, we were made aware of allegations circulating on social media against a member of our staff.  We immediately began to review that information and the Board met to discuss next steps.  The Board agreed to place the subject of these allegations on administrative leave and has engaged an outside investigator with substantial experience in investigating claims of this nature to conduct a thorough investigation.  We want you to know that we are taking these allegations extremely seriously and will move forward with the investigation immediately, despite the impending holidays.  Because of the nature of the claims, and the need to ensure the integrity of the investigation, we’re sure you understand that we’re not able to provide additional details at this time, but we are committed to getting this right.

Update Sat, Dec. 24 at 3:55 p.m. The Coterie board has accepted the resignation of Jeff Church.

The KCPD, KCUR, KMBC, and The Star have confirmed that Jeff Church was found dead on Saturday, Dec. 24.

The Coterie now has an official email for an independent investigation and will continue its production of A Charlie Brown Christmas.

For those brave souls who publicly spoke their truth: we see you. We hear you. We support you as you work to heal from unimaginable pain. We hope you are uplifted by the love and support of the arts community that surrounds you.