Cashing Out: The Usury Suspects, Part 2 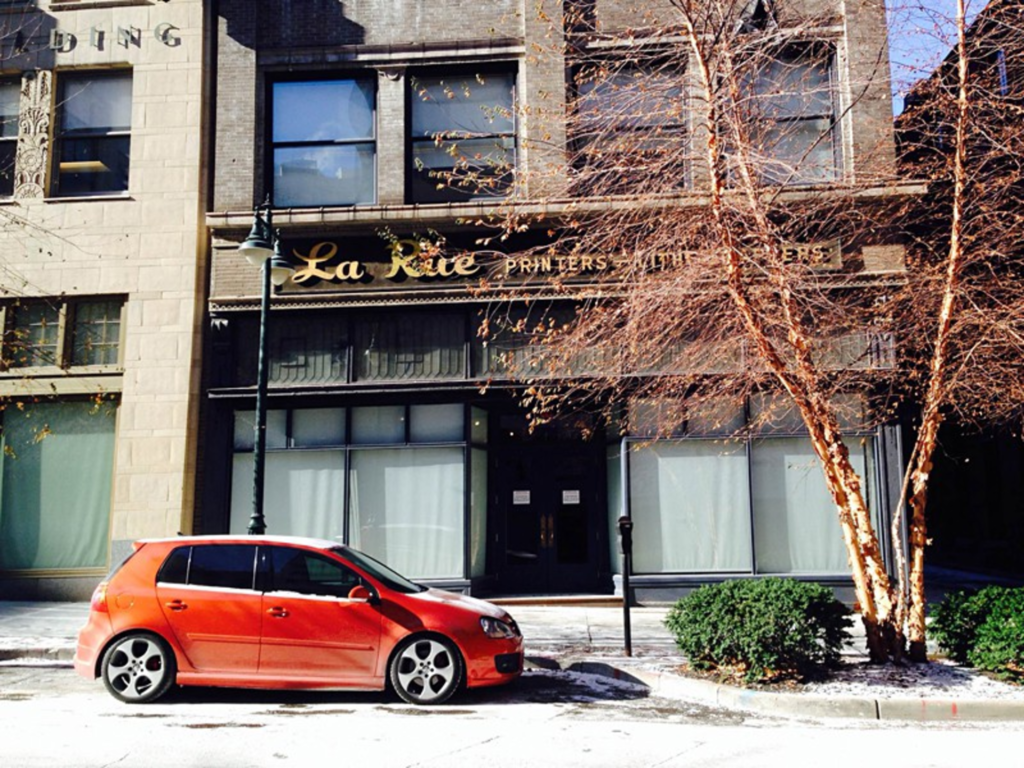 On October 25 of this year, a man named Del Kimball was served papers at his home in Mission Hills. The following day, Kimball’s business partner, Sam Furseth, was also served in Mission Hills.

Kimball and Furseth head up a variety of online payday-lending operations, many of which are based in downtown Kansas City, Missouri, at 908 Baltimore. True to industry form, the names of these outfits are countless and constantly in flux. There’s LTS Management (of which Furseth is listed as president on LinkedIn). There’s Glacier Marketing. There also are DMS Marketing and the Loan Shop Online. Each is part of a turnkey business that markets, funds, lends and collects on payday loans.

Not a lot of sunlight finds its way into 908 Baltimore. Workers are prohibited from speaking with the media. No sign hangs outside the building.

“It’s because the owners are afraid of shootings and retribution for their collection practices,” says a former employee. “They keep everything as private as possible. There’s no relationship between upper management and the rest of the staff.”

Most people who operate and finance payday-loan businesses — whether brick-and-mortar shops, such as the ones seen on every other street corner on the East Side of Kansas City, or online companies like Kimball and Furseth’s — have an elevator pitch prepared about the social utility of their services. The gist is that they’re giving people access to credit that they can’t get anywhere else.

Say your car breaks down. You need to fix it so you can get to work, but you don’t get paid for another 10 days. A bank won’t give you a short-term loan to fix your car. Nor will any government agency. So you take out a $500 payday loan against the check coming to you in 10 days. When that check arrives, the payday lender gets $575 from you. It’s a high interest rate, but it got you out of a jam — assuming you settle that $575 right away.

But many borrowers can’t or don’t get out from under their payday debts as soon as the next check comes, and the knock against such loans is that they trap borrowers in a cycle of debt. Defenders of the industry tend to dismiss such instances as aberrations. But according to a July 2012 company overview from online-lending operation Evergreen Capital Partners LLC, repeat customers are one of its “competitive differentiators.”

Kimball is the CEO of Evergreen Capital Partners, and Furseth is the president. They split ownership 50-50. The overview indicates that 174 people were employed by the company in July 2012. Its online loans range in size from $100 to $800, the overview states, with fees set between $15 and $60 per $100 borrowed.

To translate: The average person who takes out a loan from Kimball and Furseth ends up paying back double what he or she initially borrowed. Factor in the 500,000 loans that Evergreen Capital Partners says it has issued since its inception, and a picture emerges: Operators and investors can get pretty rich with a business model like this.

Given all those customers and all the money involved, one imagines that lawsuits probably cross Kimball’s and Furseth’s desks from time to time. But the October filing was not from someone claiming damages from aggressive collection practices. It wasn’t a class-action suit for lending at wild interest rates in states where it’s illegal to do so. No, the lawsuit had been filed by another local company with payday-lending ties: eData Solutions.

As reported in the first part of this series, eData Solutions is a company founded in Kansas City that provides electronic services, including lead generation, to online-lending companies. In 2012, its founder, Joel Tucker, sold eData Solutions to the Wyandotte Nation, an American Indian tribe in Oklahoma. This is a common workaround in the payday-loan industry; tribes enjoy immunity from state prosecution.

An eData Solutions executive summary obtained by The Pitch shows that, in 2010, Kimball and Furseth’s companies were eData Solutions’ biggest customers, adding up to 29 percent of its business.

Pete Smith, attorney for eData Solutions, says, “They stopped paying, so we had to sue them. It’s a pretty straightforward suit on a guarantee of a promissory note.”

But the reason that Kimball and Furseth stopped paying is a little thornier. Here’s how Kimball explains it in an e-mail to The Pitch.

“In August of this year, the current administration took unprecedented regulatory action against banks that provided ACH services to the micro lending industry,” Kimball writes. “As a result, our company lost its ACH ability which has curtailed our ability to collect repayment of loans from our customers. This new dynamic also has directly impacted our ability to meet our financial obligations to our investors and business partners, such as eData. We look forward to an amicable resolution of the current litigation with eData.”

Storefront payday-loan operations require borrowers to provide a postdated check. Online payday operations require access to borrowers’ bank accounts to drop the funds in — and, later, to take out principal, fees and interest owed. These debits and credits are made as ACH transactions. As Benjamin M. Lawsky of the New York State Department of Financial Services puts it in a recent letter, “Access to the ACH system is the foot in the door that online payday lenders need to prey on vulnerable New Yorkers.”

A few months back, the FDIC started auditing banks, with an eye toward cracking down on ACH transfers to online lenders. The U.S. Department of Justice has also been issuing subpoenas to banks and processors. And it’s working: Most banks are now too scared of regulators to accept online lenders as customers.

Missouri Bank, for example, has collected a lot of nickels from ACH transfer fees over the years. It is a defendant in a current class-action RICO lawsuit brought against a handful of banks across the country. Because Missouri Bank and others processed ACH transfers on payday loans into states where they’re illegal, they’re charged with being complicit in that violation.

“We consider the lawsuit to be without merit, and we will vigorously defend against it,” Missouri Bank writes to The Pitch, through a spokesman.

Regardless, Missouri Bank is sufficiently spooked and has exited the business. “We no longer have customers in the online lending business,” the spokesman says in an e-mail. “We made a business decision this summer to ask internet lending companies to leave our bank because of the uncertainty and potential cost stemming from changing and uncertain regulatory requirements.”

These actions are effectively strangling the entire industry. AMG Services, a payday operation in Overland Park embroiled in a Federal Trade Commission lawsuit for its business practices, announced in September its intention to lay off as many as 159 employees.

Sandpoint Capital is an online-lending company that is registered in Delaware and purportedly based in the West Indies, though its owner, Tim Coppinger, lives in Mission Hills. Earlier this year, the state of Oregon sued Sandpoint Capital for lending to its citizens at rates above the state’s limit of 36 percent. Another Coppinger outfit, Clearwater Bay Marketing, was sued in Illinois in 2011 on the same grounds. And in June 2012, Coppinger paid a $30,000 fine for unlicensed lending in the Commonwealth of Pennsylvania.

On September 3, Coppinger sent an e-mail to investors in his fund, CWB Services LLC, explaining why they wouldn’t be seeing big returns anytime soon. (That e-mail was forwarded to The Pitch.)

“ACH transactions are how we issue both credits (new Loans) and debits (Loan repayment). If we are unable to make electronic transactions, it has a major impact on our ability to conduct business,” he wrote. “At this time, we are trying to find a solution that will allow us to collect on the current loans and recapture the capital that has been out on the street, but at this time a firm solution is not in place. We remain confident we will find the right solution to this problem, but until that point we have no choice but to suspend dividend payments on your loan. Please understand that no one in the industry saw this coming and it has completely surprised the market.”

It’s unclear where payday operators will find a new loophole allowing them to conduct their business. But if they can’t scratch more money out of the general public, they’ll scratch it out of one another, which is why there are likely to be more lawsuits like eData Solutions’ against Kimball and Furseth.

The parties involved, like their industry’s customers, would have been well advised to read the fine print. On top of the principal, Kimball and Furseth may be on the hook for about $1.5 million in interest. According to their original agreement, “Upon occurrence of any Event of Default, the interest rate charged hereunder shall automatically increase to Thirty Five percent (35.00%) per annum.”