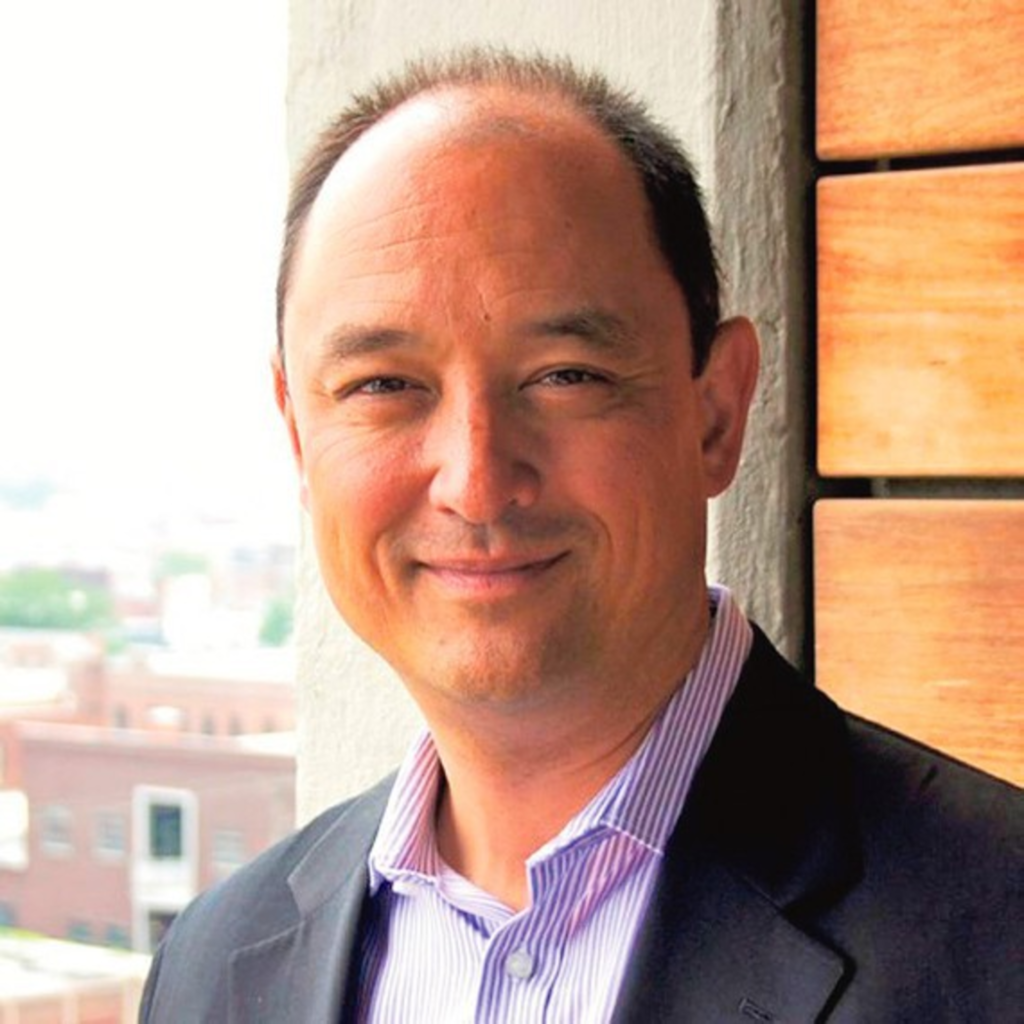 It’s been a very good year for Think Big Partners.

The business incubator, start-up accelerator and co-working space recently moved into the rehabbed, seven-story historic Globe building, at 1712 Main. It has become a hotspot for local tech entrepreneurs and enthusiasts — a place where people work, gather and discuss the big, bright digital future.

Last month, it was announced that Think Big will play a role in the move to rewire downtown into a so-called “smart city” — a $15 million public-private project between Cisco Systems and Kansas City, Missouri, at a taxpayer cost of $3.7 million. Think Big is supposed to develop what the initiative calls a “living lab” — a place to foment business ideas in service of the project’s vague but potentially exciting goal of making city services more digital and connected.

Think Big’s mission of tech-driven entrepreneurialism perfectly embodies Mayor Sly James’ vision for Kansas City as a sort of Great Plains version of Silicon Valley, and the mayor is an outspoken fan. He frequently tweets about, and from, Think Big events. And last year he appointed Think Big’s founder, Herb Sih, to the board of the city’s Economic Development Corporation.

Like the mayor, Sih is a civic cheerleader and tech believer. Among his recent tweets: “‘Building software for good’ … anyone who says building technology companies can’t change the world hasn’t come to terms with IoT…” (IoT stands for “Internet of Things,” a buzzy concept related to the “smart city” designation.)

“Building software for good” is an unlikely description of Sih’s previous professional activities, though.

In a 2011 interview with Silicon Prairie News, Sih boasted that a company he started, Clickspeed, was the only Kansas company on the Inc. 500 — a list of the fastest-growing private companies in the United States — in 2007. What was Clickspeed? According to filings with the Kansas Secretary of State, which list Sih as a director of the company, Clickspeed was in the business of “Internet marketing.”

But calling Clickspeed an “Internet marketing” company is like calling a shark a fish. Clickspeed was a lead generator for online-payday-lending companies, outfits that charged borrowers triple-digit interest rates for loans.

As The Pitch has reported, Kansas City evolved over the course of the past decade into a national nerve center for the online-payday-lending industry. These operations have been prosecuted by state attorneys general and private citizens alike for misleading borrowers with hidden fees; lending over the Internet into states where payday loans are forbidden; and, in the case of two local companies busted by federal agencies last fall, debiting the bank accounts of people who did not even request loans, and then charging them interest on phantom loans. Hundreds of millions of dollars were made locally by defrauding desperate borrowers from around the country.

This industry enriched not just lending entities but also the many individuals and companies that cropped up to service them — lawyers, bankers, call centers, debt-collection agencies, and lead generators.

Lead generation by itself is not a pernicious concept. It’s a time-tested method of marketing houses, cars, jobs, whatever. But here’s how Benjamin Lawsky — who, as superintendent of New York’s Department of Financial Services, has aggressively fought online payday lenders — describes payday lead generators:

“Lead-generation firms do not typically make payday loans directly, but instead set up websites marketing those illegal loans. Through promises of access to quick cash, the lead-generation companies entice consumers to provide them with sensitive personal information such as Social Security and bank account numbers and then may sell that information to payday lenders operating unlawfully.”

Sih tells The Pitch that he was never involved in the day-to-day operations of Clickspeed and hasn’t been involved in the lead-generation industry in more than six years. (His LinkedIn bio, which states that he left the company in October 2013, contradicts this.) He says Clickspeed did “marketing, advertising and lead generation for a variety of industries,” including auto dealers, consumer surveys, colleges, credit cards, mortgages, and “marketing for the short term lending industry aka cash advance/payday loans.”

But this representation of Clickspeed — as an agnostic marketer for all kinds of clients, a few of which happened to be payday-loan companies — does not square with the accounts of two former employees who spoke to The Pitch on the condition of anonymity. They say Clickspeed’s lead generation focused almost exclusively on feeding information to online payday lenders.

“Clickspeed did a few client surveys and tried a Groupon-like endeavor called DealBug that failed,” says one of the former Clickspeed workers. “Clickspeed did deal with auto dealers in the form of buy-here-pay-here lots that focused on the subprime clientele. Title lending wasn’t a far stretch from payday lending — most of the variables were the same, and we were already targeting the same demographic — so it was an easy transition to what we were already doing in the payday space.”

This person adds, “Herb was the main point of contact at Clickspeed and ran the office” until late 2012.

Another former employee says, “The whole game was payday, and all our resources were directed toward selling people’s personal information to guys like [Scott] Tucker and [Steve] Mitchem.”

Tucker and Mitchem were the alleged owners of two of the largest online-payday-lending operations in the Kansas City area. Tucker recently paid $21 million to settle a Federal Trade Commission lawsuit over deceiving borrowers.

On a job-board post dated 2009, a Clickspeed representative brags:

“We at Clickspeed offer a very competitive, high converting affiliate program for payday loans. We have been in the industry for a very long time and have an extensive network, real time reporting, etc.”

Of Clickspeed, a former employee’s LinkedIn bio states: “We specialize in payday and title loan lead generation and we process over 3,000,000 applications monthly.”

And a mailing-list vendor purporting to sell Clickspeed’s data — that is, a big file containing the personal information of people who filled out applications for payday loans through Clickspeed — describes Clickspeed as “ONE OF THE LARGEST LEAD GENERATION COMPANIES IN THE UNITED STATES FOR THE PAYDAY LOAN INDUSTRY. … THESE PEOPLE HAVE APPLIED AT ONE OF OVER 75 WEBSITES ON-LINE FOR A PAYDAY LOAN.”

Clickspeed is not the only payday-related venture Sih appears to have been involved in. He also, according to state filings, founded a call center called Clearvox, which sources say serviced the payday-loan business of Jim Carnes, who is Sih’s brother-in-law. In 2012, Carnes sold his online-payday-lending company, Go Cash Loans, to EZ CORP, a Texas-based conglomerate of payday lending and pawn shops, for $50 million.

And in state filings from 2006, Sih is listed as one of three owner-managers of Centrinex. (The company is now run by Bart Miller, one of the other listed owners, according to its website. Miller did not respond to a request for comment.) According to a 2012 lawsuit in Kansas federal court, filed by Centrinex against a company it accuses of stealing its trade secrets, Centrinex “has particular and specialized experience, expertise, and trade secrets in the payday loan industry and support for those operations by way of its call center services it provides to others.”

Sih’s partner in all three of these businesses — Clickspeed, Clearvox and Centrinex — is a man named Matthew Kirk. Last year, a Johnson County judge entered a $55,000 judgment against Kirk and Clickspeed for not paying Clickspeed’s lease at 6363 College Boulevard, in Overland Park. In separate lawsuits filed in 2012 and 2013, both in Kansas federal court, former employees accused Clickspeed of withholding wages and commissions.

Perhaps for these reasons, Clickspeed closed its College Boulevard office in 2013. Kirk moved the operation to an office in Leawood’s Park Place, at 5325 West 115th Street, where sources say Clickspeed was rebranded as Oceanus Digital. For a digital company, Oceanus barely exists on the Internet. As with many online-lending operations, the “About Us” on its website is a refrigerator-word-magnet collage of meaningless corporate tech-speak; the company claims to “activate new customers through digital, mobile and social media strategies.” The site adds: “Our mission is to create disruptive marketing campaigns to captivate, engage and convert customers.”

The only place Oceanus comes up in a Web search is at online-payday-loans.com, a site that helps consumers compare payday lenders and avoid rogue loan sites. A post there from an anonymous user, dated October 2013, alleges that Sih and Kirk not only did lead generation but also were involved in financing the lending side: “The players behind Sky Lending, Sky Loans, Sloc Ltd, and Flus Medios are Matt Kirk, Herb Sih, Vince Hodes and Michael Connor all out of Kansas City. Matt and Herb run also run a payday lead generation company called Clickspeed which is shutting down and becoming Oceanus — marketing themselves as a digital agency but they are still heavily involved in payday and run several portfolios including Lonestar, Harvest and Sky Lending.”

Reached by phone, Kirk declined to comment on anything related to online lending operations. “I have nothing to say,” he said.

A few months ago, Oceanus vacated its space in Park Place, an agent at the Park Place office confirmed.

So where is Kirk operating Oceanus, or whatever he’s calling Clickspeed now?

A front-desk representative at Think Big last week confirmed that Kirk keeps office space at Sih’s incubator. Asked whether he was running an online-payday-lending operation out of Think Big, Kirk repeated to The Pitch that he had “nothing to talk about.” Sih says he believes that Kirk is running a “consulting” business.

Last Thursday, June 11, the nonprofit Communities Creating Opportunity hosted a forum on payday lending at the Gem Theater, near 18th and Vine. Mayor James and other community leaders listened to heartbreaking tales of those caught in the debt trap of payday loans. Elliot Clark, a Marine and a Vietnam War veteran, told of how he ended up spending $56,000 in interest after taking out five $500 payday loans to pay for a medical emergency. Kordie Marsenburg, a disabled woman, told the crowd she pays $500 every month to a payday lender.

These are hardly anomalous anecdotes. A recent case before the Missouri Court of Appeals, Hollins v. Capital Solutions Investments I Inc., documents jaw-dropping usury by payday lenders, including an $80 loan that turned into a $19,000 balance.

Mayor James took the stage and signed CCO’s Pledge for a Moral Economy. The pledge stated: “It is wrong to take advantage of vulnerable families by charging triple-digit interest rates. I support reform measures that will stop the debt trap.”

James called payday loans a “short-term emergency that turns into a long-term prison” that “lenders promote like candy.” Of payday lenders, he said, “They’re like roaches that never go away. It’s not the kind of industry we need in Kansas City.”

What about a company like Sih’s Clickspeed, which developed technology to connect desperate borrowers with those roaches, and then took a cut of each predatory deal? Does the mayor believe that it is appropriate to keep Sih on the board of an organization with the stated priority of “support[ing] the development of disadvantaged and opportunity areas in Kansas City, Missouri”?

“It is important to have entrepreneurial, high-tech representation on Kansas City’s EDC Board of Directors, and that is why I appointed Herb Sih,” James said in a statement to The Pitch.