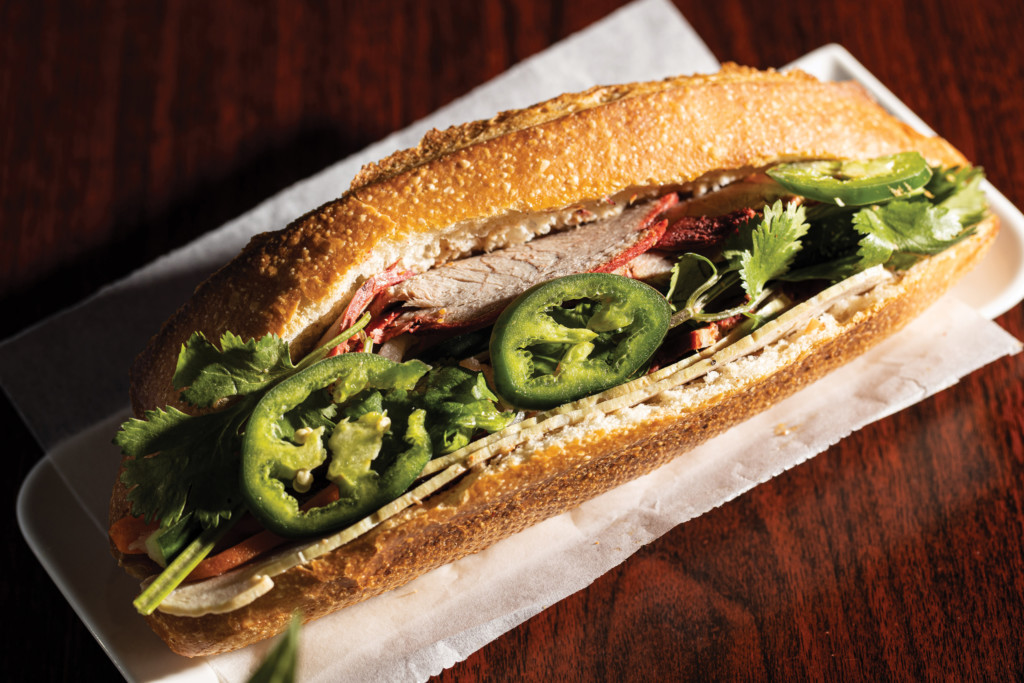 Restaurants are theaters, at their core. Consider the “cast” of an average Kansas City restaurant, the flurry of waiters and backwaiters and hostesses working together like a syncopated chorus line. The set designer might be a swank design firm; the stage manager is a beleaguered general manager. The script is the menu, executed anew—with all the attendant risks of live theater—every night.

At first glance, Linh’s Vietnamese Cuisine seems shy on spectacle. What it has in the way of “set design” feels perfunctory—rods of bamboo piled in front of the window like a giant’s pick-up sticks, a curio wall with dusty figurines on Plexiglass shelves.

The script reads like something by Beckett. You’ll peruse a sprawling menu full of dishes that never seem to be available no matter when you visit. The crispy dumplings sound delicious—you cannot order them. Your server will direct you to the egg rolls instead. He’ll forget to put in the order. Halfway through your entree, a plate of hot, crispy egg rolls ($5.99) will burst from the kitchen like a magic trick, each roll packed with salty pork and fried until it shatters like potato chips.

So Linh’s doesn’t have marquee star power. But if you pay attention, you’ll start to catch careful, practiced gestures executed with theatrical flair. You’ll spot a woman at the table next to you shucking white onions like oysters, letting their skins slough away into an enormous stainless steel bowl. You’ll see an authoritative man with a semi-permanent scowl tipping a steaming, oil-drum-sized pot of mung bean and pandan leaf tea ($3.95; milky and sweet) into a plastic tub on the floor without spilling a drop. You’ll smell the bread-y perfume of chaste little baguettes as they spin in a glass-front oven, and you’ll hear a muffled order-up bell from a kitchen that sounds impractically far away. 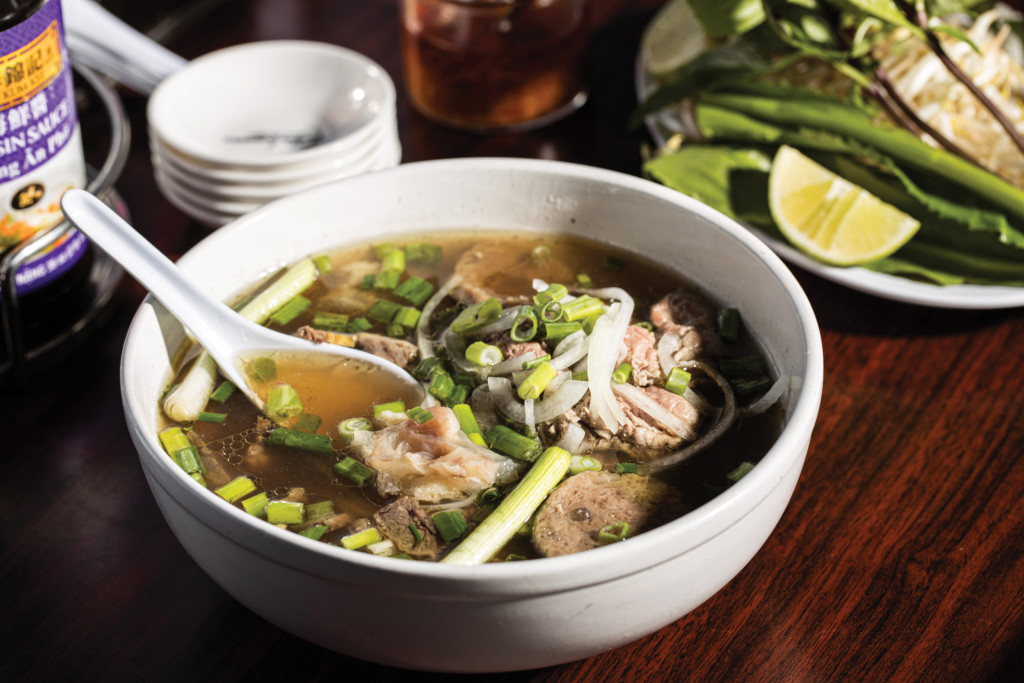 Linh’s Vietnamese Cuisine opened in late August without much fanfare. The location, a strip mall at the corner of Independence Ave and Paseo, seemed cursed. A string of pho-centric restaurants had cycled through over the years: Pho Hoa, iPho Tower, Pho 1.

The new owner, Hoang Ly, and chef, Tram Huyen, have changed the recipe. The pho at Linh’s ($8.75) isn’t the main draw, though it’s fine. The broth in my bowl was sweet with star anise and slightly cloudy, its surface honeycombed with fat. And the meat and garnishes were a cut above Linh’s predecessors. The meatballs and beef flank I tried were beautifully soft, and the garnish plate was piled with sprigs of sawtooth coriander—an underappreciated herb with elegant, deckled leaves and the sharpness of cilantro squared. 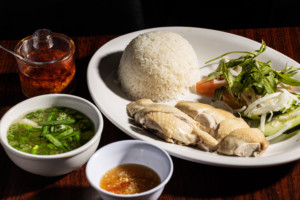 Linh’s menu features variations on a few base dishes, most of which feature chicken. // Photo by Zach Bauman.

But it’s the sandwiches that get top billing here. Huyen makes what may be the best banh mi in the city right now. The baguettes are baked fresh daily, and each has a crunchy crust and a soft core. They’re flaky, they’re fresh, and they’re not going to give you TMJ.

You can order your banh mi with barbecue beef or scrambled egg, but my pick’s the “special combination” ($4.99), which piles on tender slices of pork with a vibrant red rind as garish as a flame decal on a sports car. The other elements are in perfect balance: a swipe of rich, fatty mayo, a bell-like tang of pickled carrot and daikon, a luxurious flex of livery pâté. The sandwich is a studied balance of flavors and textures (and sturdy enough for carry-out). If I were cool enough to be invited to parties, I would bring a tray of these as a hostess gift.

The success of that banh mi made me puzzle over some obvious missteps. The banh bao ($3), a fist-sized pork bun, was fluffy but bland, with little to liven the pork-and-quail-egg filling. The chunky spring rolls ($3.99) were packed with cold cuts and confetti squiggles of vermicelli but served with a flatly sweet peanut-and-hoisin dipping sauce. And the hu tieu Long An ($8.75)—a clear, seafood-laden soup—had a pleasantly acidic broth but tough, rubbery rings of squid. 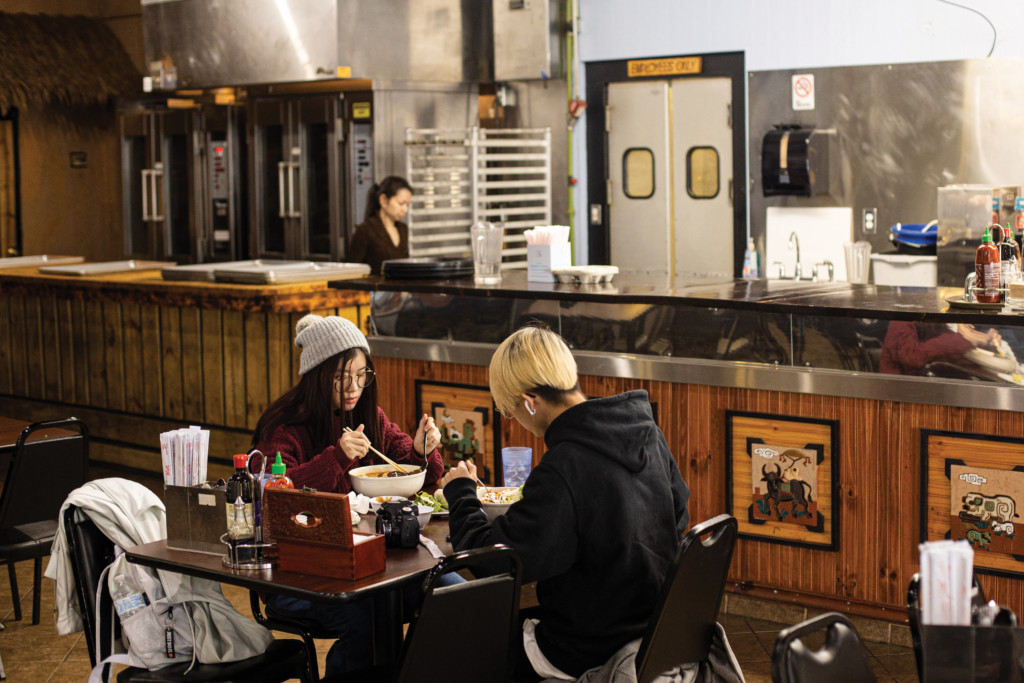 Still, there are more hits here than misses. The menu stretches two pages in small, crowded print, but most of the offerings are just variations on a few base dishes, most of which feature chicken. You can order a few different riffs on chicken with sticky rice, including the xoi ga chien nuoc mam ($10.99): a puck of glutinous rice topped with crisp-fried chicken pieces coated in a sticky-sweet sauce.

Linh’s also offers a few different presentations of chao ga, a neutral chicken congee that seems tailor-made to power you through cold and flu season. Indecisive eaters should order the chao goi ga ($10.99), which pairs the steaming, scallion-mossed porridge with a cold chicken salad. My plate was stacked with tender shreds of cabbage and huge slashes of poached chicken, each kissed with a clean-tasting dressing and topped with bronze chips of fried shallots. A cup of a cold and sweet crushed-ginger sauce came alongside for dipping—our server brought me a fresh cup when she noticed I’d swiped it clean. 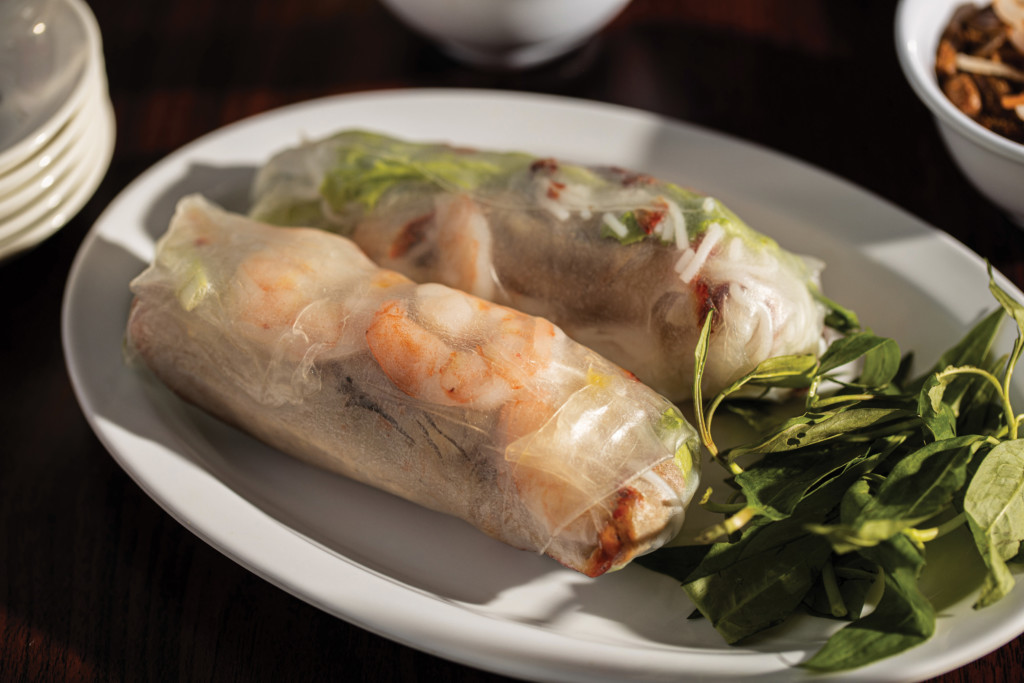 There’s a broad section of noodle dishes, too, like the bun bo xao ($8.75), tender frills of stir-fried beef painted with lemongrass. But if you’re venturing beyond pho and banh mi for the first time, I’d strongly urge you toward the bun thit nuong cha gio ($8.75), a rice-noodle salad topped with crisp-edged barbecue pork and thick slices of fried egg rolls. The other toppings add textures and flavors like splash cymbals on a drum kit: crispy fried shallots, oily peanut halves, snappy pickled vegetables, and a cup of sweet and sour nuoc cham for dunking.

Despite a couple beer signs in the dining room, alcohol’s not on the menu. But you can choose from a few different housemade beverages. The pennywort juice proved elusive—I tried to order it on three visits and was foiled every time (if you’re able to try it, report back). Instead, I can recommend the iced coffee with condensed milk ($3.95), which was as sweet and rich as any six-syllable Starbucks drink but with a more astringent coffee presence. I also liked the pressed sugarcane juice ($4.95), which was fresh and frothy and livened with citrus zest. 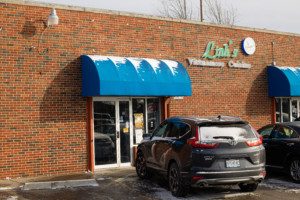 Linh’s took over a seemingly cursed location in a strip mall at the corner of Independence Ave and Paseo. // Photo by Zach Bauman.

If a top-dollar tasting room is like a Broadway musical, Linh’s Vietnamese Cuisine might be a quiet, naturalistic drama. It’s a low-budget production—the restaurant is still using branded iPhoTower plates for some of its dishes—but Ly and Huyen know how to stretch resources where it counts. Every employee seems to pitch in on every task. No one ever stops moving. But they also never seem frantic or too busy to connect with customers.

On one visit, a server dropped a little bowl of toasted bread brushed in a sticky syrup on our table. “Try it,” she commanded. We did. On another visit, a server apologized for the delay when I went to the register to pay. It had been unusually busy, she said. We had received our food four minutes after ordering.

Dining in: the bun thit nuong with sliced egg rolls. Carry out: a tray of the “special combination” banh mi to make fast friends at a party.