Villa Capri is moving south and taking almost everything along 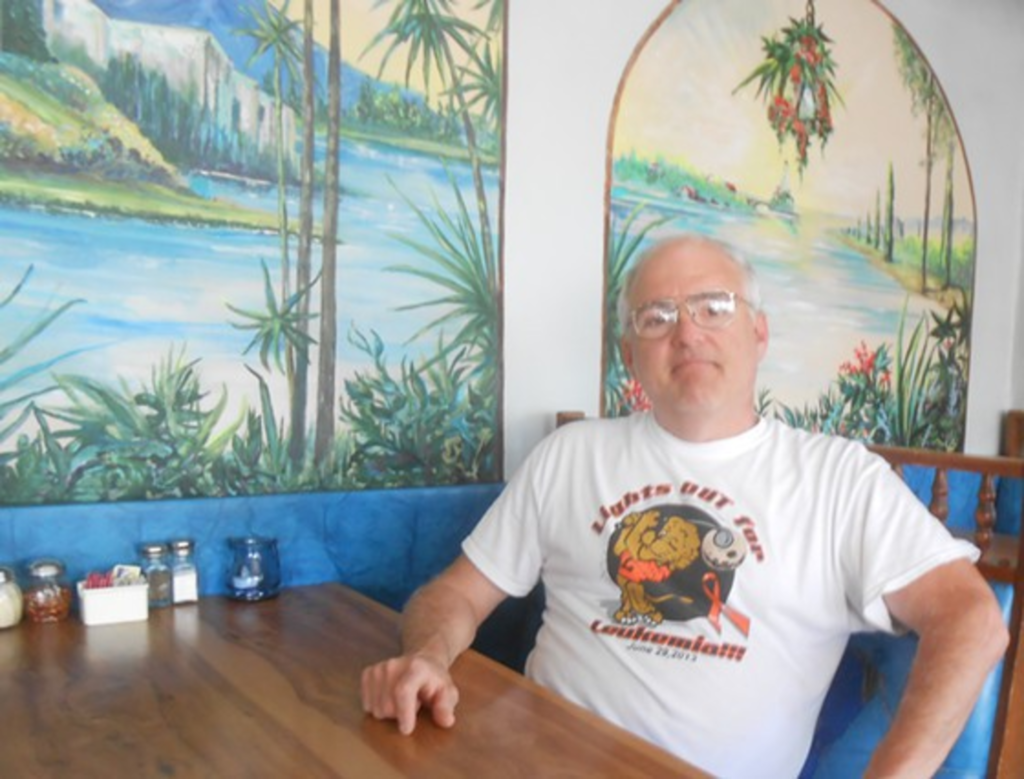 The 82-year-old restaurateur, who survived a stroke two years ago, has been extremely unhappy with comments that he has read online and heard about his son, Steve, changing the name of the restaurant that Tony opened at 8126 Metcalf in 1961. Tony turned the restaurant over to Steve five months ago and blessed Steve’s decision to change the name of the venue – which he is moving to 103rd Street and Mastin in two months – to Steve’s Villa Capri.

“How can you be so disrespectful to your father?” one customer told Steve.

“I love my father,” says Steve Scudiero. “But this is a new day for the Villa Capri. My father is in complete agreement.”

When Tony Scudiero opened the Johnson County Villa Capri on February 25, 1961, it was called Tony’s Villa Capri to give it a separate identity from the other restaurants called Villa Capri in Kansas City, including the more notorious version on Independence Avenue owned by Tony’s uncle, Vince Scudiero. There was also a Villa Capri – long razed – at 47th Street and Troost, also owned by Vince Scudiero.

The Overland Park Villa Capri was always a family-friendly, cheery pizza-and-pasta restaurant that has sold beer for the last half-century. (By contrast, the Independence Avenue Villa Capri was the location where Cork Civella and Carl DeLuna were secretly recorded by FBI agents on June 2, 1978, discussing “the Genius.” This meeting later inspired a subplot in the Martin Scorsese film Casino).

When Steve Scudiero opens Steve’s Villa Capri at 10412 Mastin in June, it will finally serve beer and wine for customers who want a nice full-bodied chianti with their lasagna or a new dish that Scudiero will be adding to the menu: eggplant parmesan.

A few longtime dishes will be coming off the menu after a half-century, says Steve Scudiero. The fried chicken and fried shrimp, he says, “just haven’t been selling well for several years.”

When Tony Scudiero opened the Villa Capri in 1961, almost every Italian restaurant in the metro served fried chicken and shrimp baskets and garlic-broiled steaks. The Scudieros dropped steaks from the menu more than a decade ago, and the new location won’t have the fried bird and crustaceans. A complete fried-chicken dinner, by the way, including a salad, bread and butter, and a choice of baked potato or french fries cost $1.50 in 1961; the same meal is currently priced at $11.50.

The modest prices were always a drawing card at Villa Capri, where generations of budget-conscious Johnson County families often had their first pizza or their first plate of lasagna and meatballs. Those families included the Ryan family of Overland Park; Patrick Ryan, now the chef-owner of Port Fonda, says he remembers eating in the 18-table Villa Capri dining room with his parents and brothers. “It was a big deal,” Ryan says.

The Villa Capri pizza – this was one of the first pizzerias on the Kansas side of State Line Road – has become so iconoclastic over the last five decades that Scudiero is taking the original Baker’s Pride pizza ovens (along with almost every other piece of kitchen equipment) with him to the new location.

“If we don’t, our pizza won’t taste the same,” Scudiero says.

Scudiero is also taking all the booths but having them reupholstered in red vinyl, because not all of the restaurant’s patrons were so nostalgic about the blue duct tape holding a couple of the seats together. The faux-Tiffany Schlitz beer lamp is going along, so are the family photos, but not the black-light murals that date back to the early 1970s.

“They’re painted on the sheetrock and are somewhat fragile,” says Scudiero. “If we could take them, we would.”

The major reason for the move to the new location, says Steve Scudiero, is traffic: “We get thousands of cars traveling up and down Metcalf every day. But not a lot of them stop and eat on this stretch of the street. When Sonic closed, I knew it was a bad sign.”

The new location won’t be larger than the current Villa Capri, which will close at the end of May. “We want to keep the intimacy of the restaurant,” says Scudiero. The red-checked vinyl tablecloths will still be used in the new venue. The new space will also feature a large parking lot.

“And no narrow driveway going up a hill,” says Scudiero. “Even better, we’re in a neighborhood surrounded by families, like this building used to be back when we first opened.”