If Snackboyz aren’t the new sound of Nebraska Furniture Mart, the furniture store will pay dearly 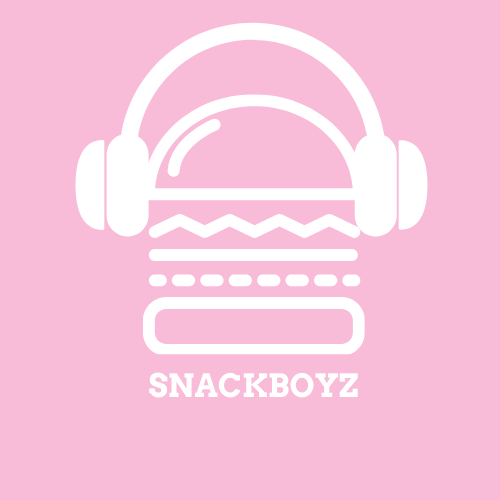 SnackBoyz consists of Ryan Burns and his good friend Devyn McPhaull. We found them as part of a competition for whom would pen the new theme song for Nebraska Furniture Mart. When the contributions widdled down to ten, we thought Snackboyz was the absolute best, because that boring-ass store needed a rap anthem. We found out just now that the Snackboyz did not make the final round. Regardless, we wanted to talk to them, because the sort of musicians trying to get down for a furniture store are folks we just want to celebrate. Here’s a quick interview with the two members:

First off, why Snackboyz? Is it an inside joke or something quite serious?

Ryan: The name SnackBoyz happened organically while enjoying some snacks. It was always meant to be about the mindset, which was to make music. Anyone can be a SnackBoy and the name was meant to reflect the fact that we’re regular people that like to have fun making music together.

Devyn: I definitely agree with Ryan. The SnackBoyz formed organically over a shared interest we both had in music. When I first heard the name, I instantly was sold on us being a creative entity that thrived off stepping out of our comfort zones and making dope content by our own design.

I’d be remiss to skip the pressing question: what are your favorite snack foods? As specialists in the field, people demand to know.

Ryan: I’ll give you my top 3. Cheez-it’s are currently my number one. After that, I love me some peanut butter cups. Lastly, I’d have to say Oreos.

Devyn: I love Reese Pieces and you can never have enough Oreos, but the all-time heavyweight champion of snacks is a Peanut Butter & Jelly Sandwich. I could literally eat one every day.

Tell us about the group and its origins. There’s not a real bounty of information about you online and we’d love to know more.

Ryan: Devyn and I met at work and I had mentioned to him that I’d been working on some tracks and that he should take a listen. He came over to the crib and saw my studio setup and that’s when the SnackBoyz vibe really came to fruition. We’ve got about 3 or 4 new tracks we’re working on and trying to release an EP this year. We’ll see what happens. We both have priorities outside of music me being a single dad and him being a husband but we won’t let anything stop the SnackBoyz.

Devyn: With us being young adults and responsibilities of life really starting to take priority, this is our outlet to put our day to day lives to the side and step back into that carefree creative mindset. That mindset that’s not afraid to push boundaries and rip up the box that society thinks a young single dad and a married man should be in. The SnackBoyz are all about pushing your creative potential to its limits while being unapologetically yourself in the process.

Who do you consider your primary influences to be?

Ryan: That’s a tough question because the group did start from a shared love for music. I think I speak for Devyn and myself when I say we take influences from a wide range of genres, but we are also influenced by lifestyles and things that we see happening in our daily lives.

How would you define your sound?

Ryan: I think that defining our sound would be like putting ourselves in a box. We just make music we think sounds good.

Devyn: Yea we for sure want to keep an open mind. The NFM Flex Anthem was definitely on the trap music end of the spectrum but we draw inspiration from all genres of music.

So. There’s a competition for a new jingle for Nebraska Furniture Mart. What lead to you being like “We’ve gotta get in on this?”
Ryan: Here’s the story. I found out about the competition about a month after we were creating music together. I brought it up to Devyn and we both thought it would be fun. So a month goes by and we have nothing. We started working on some other songs and about two weeks before the open submissions ended we were like we have to do this. I remembered this in your face crunchy bassline beat I had created the previous month so I put it on, Devyn stepped in the booth and immediately knew what to do.

Ryan- The money played a part for sure. How could it not? Or main priority was to have fun.

Devyn: The money was for sure an incentive but overall we just wanted to make something Dope.

NFM selected you as one of ten finalists for this competition, which people are voting on online as we speak. Were you surprised to be selected? And what do you think of your sound versus the other nine semi-finalists?

Ryan: I think we were surprised by how many people liked it and jumped on board. We had an idea of what the other submissions would mostly likely sound like. We definitely wanted to stand out and change the narrative.

How seriously do you take this whole thing? Is it a genuine and exciting opportunity right now or is it more of a “wow that’s hilarious that I’m involved in this”?

Where can folks find more of your music?

Ryan: Right now people need to be on the lookout for new music. We’re working on an EP at the moment and can’t wait to share it with everyone. Stay tuned to our Soundcloud

What comes next for the Snackboyz?

Ryan: We’ll see what happens. We’re gonna continue doing our thing and make music we like.

Devyn: As long as we stay true to ourselves, there isn’t a wrong move we can make.