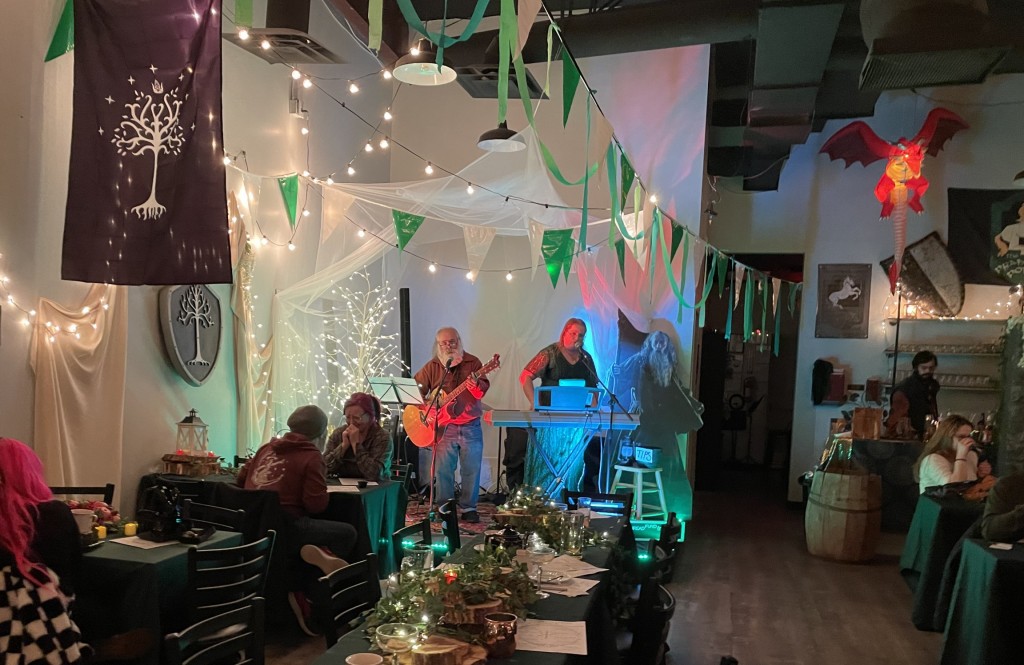 A view inside the “Lord of the Drinks” pop-up bar at Vignettes Bar. // Courtesy Edward Schmalz

One does not simply walk into Mordor, but one can only enter the Lord of the Drinks pop-up bar as a walk-in. To be fair, neither charges a cover. They’re both pretty easy in that respect.

The latest pop-up venture from Vignettes (2376 Armour Rd) compliments its sister-space, ReRoll Tavern, quite well. Lord of the Drinks has been active since Nov. 12, while ReRoll first opened its doors in early September.

Walking through the front door, one is immediately met by an impressive recreation of the door at Bag End, sculpted by local artist Colleen King. Near it, a large cart with a Gandalf the Grey mannequin greets guests.

If you come on a Thursday through Saturday, you may enter to find a live-band playing English folk music.

“Once you hear the band, the whole place comes alive. I think that’s actually something that kind of separates us from a lot of pop-up bars is the fact that we have a live music component of the pop-up bar,” owner Edward Schmalz says. 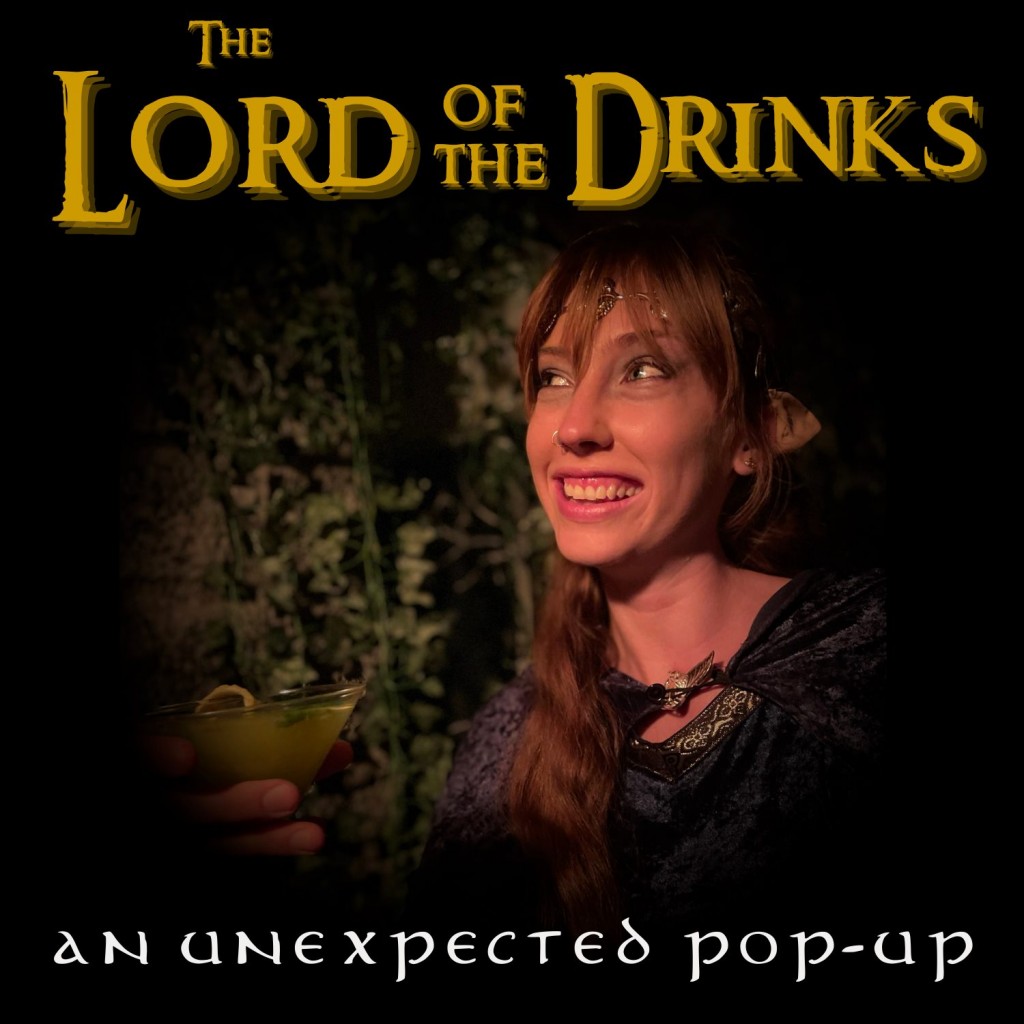 The music program, coordinated by Maggie Boone, features a lineup that includes Michael “Trible the Troubadour” Doss (who has prepared a slew of Lord of the Rings inspired pop songs), Ben Chaverin, Lauren Reynolds, Nikki Marshall, Joe Credit, and Sydney Simpson, plus members of the band members of the illustrious Peaty Bog Water band—founded by Av Dedannan of Elven Drums.

The passionately crafted Middle Earth-themed menu is perhaps the largest beneficiary of this atmosphere, with ten full-scale cocktail entries, three shots, an English brown ale from Big Rip Brewery called “It Comes in Pints,” (inspired by the Shire’s Green Dragon), plus a pair of similarly Tolkienesque pastries made by the neighboring Donut King location.

The inventive cocktail menu comes from the creative minds of Scott Helling and Zach McKenzie. As a bonus for fans of the books, each entry includes a quote from the source material. 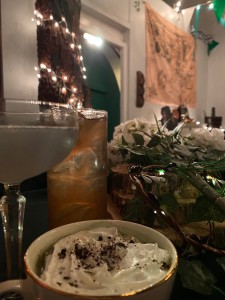 From front to back: “The White Tree of Gondor”, “Mirkwood Martini”, and “The Orc”. // Photo by Lauren Roberts.

“These guys are masters of their craft. They’re obsessive. They’ve been working on our phones and cocktail designs, you know, now for three years relatively consistently, and they’re able to put forth his menu,” Schmalz says of Helling and McKenzie.

My first order was the “Bomba-Dill”, made from Knob Creek Rye Whiskey, lime juice, and pickle brine, topped with pickle chips. I enjoyed the hell out of it, as both a fan of the character and of pickles.

“The Orc”, made of Tom’s Town Vodka, beef bullion, Worchester sauce, and topped with a legit piece of steak, was another creative novelty.

So, too, was the “White Tree of Gondor”, one of several hot drinks on the menu that is made with Mint Oreo hot chocolate, mint-infused Tom’s Town Vodka, and whipped cream.

Of the trio of “Smeagol’s Shots,” I was particularly impressed with the “Fool of a Took,” a mixture of Irish cream, butterscotch, cinnamon Schnapps, and rimmed with crushed walnuts.

Larger parties may want to consider the “Elevenses,” a literal teapot’s worth of gin and earl grey or cinnamon tea, served with honey and sugar and recommended for groups of two to three. 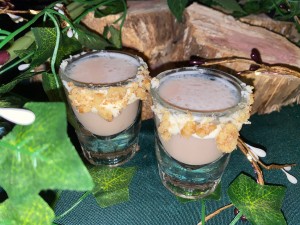 “The Fool of a Took” shot is as delicious as it looks. // Photo by Lauren Roberts

Schmalz intends for this “no cover, no reservations” concept to apply to his future pop-up projects.

“The basic framework will never be changed. We’re not going to deviate from live music and cocktails, but we will flip everything else. We’re a bunch of thespians and theater geeks who just like to drink and try to come up with some creative ways to grab a drink with your friends,” Schmalz says.

The next pop-up from Vignettes has yet to be revealed. Without giving too much away, there’s a decent next one will almost surely invoke many people’s favorite (or least favorite) American version of an originally British sitcom.