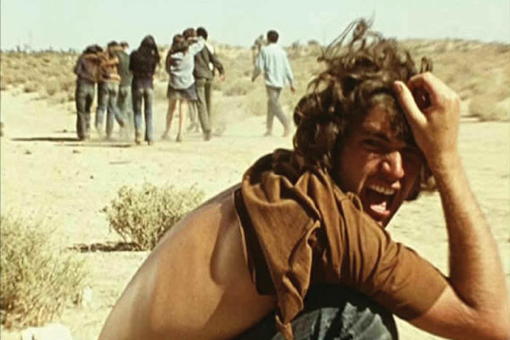 As a teenager, I stumbled across a documentary on The Exorcist where they interviewed members of the audience who had fled the theater — people for whom the film was not simply offensive, but upsetting to their belief systems and emotional well-being, to such a degree they could no longer endure. Crying, screaming, even becoming ill — not from shock value, but from pure fear. Fear, not of that which goes bump in the night, but from the dizzying vertigo of instability in the foundation of their reality.

Jaded adolescent Brock (I haven’t come far) first mocked these filmgoers for their inability to differentiate between fiction and the real world, but then he accepted that perhaps they had no precursor to properly prepare them. Violence and shock weren’t the devastators, though, as many films had existed purely to push these boundaries, even by 1973. I realized that the film was so painful, and continues to be, in proper venues, because it speaks directly to the viewers in a language that requires no words, an ancient and brutal force inherent in all storytelling designed to pull the rug out from under us, then ask us what we’ve learned.

I couldn’t identify with those screaming theater patrons from ’73 because no film had ever shaken me that way. Maybe I was the one missing out. After all, my generation’s version of Romeo and Juliet, the greatest love story of all time, was refashioned in MTV’s image, designed to push soundtracks and John Leguizamo. This Exorcism documentary became the origin of my life’s thesis: to strive for that level of reality/self-evaluation in any art I create. Not that the end goal is to have your audience vomit and cry, but visceral reactions mean you’re doing something right.

Three years before The Exorcist, British director Peter Watkins churned out an incredibly small independent film that, when viewed four decades later in 2012, should be causing audiences to react the same way. His vision of the apocalypse deals with the cyclical process of an ailing American national identity, followed by our reactionary cannibalism of free speech. It’s much more frightening than any fictionalized post-empire wasteland.

In the 1950s, despite the veto of President Harry Truman, the Internal Security Act (or McCarran Act) was signed into law. This Draconian piece of legislation, still valid today, allows the president to imprison any person accused of subversion, or of considering subversion, and hold them indefinitely without trial. Which makes the New Year’s Eve 2011 signing of the National Defense Authorization Act by President Obama, granting and extending these same powers, simply overkill.

Watkins’ film Punishment Park, set during the Nixon administration, sees a United States over-extending its global reach, and engaging in so many foreign wars that several hundred thousand new troops must be drafted each month. All able-bodied Americans must either choose to become part of the military (participating in massacres both at home and abroad) or find themselves declared enemy dissidents: arrested in surprise raids, given trial without evidence or a listing of charges, and eventually convicted to prison sentences.

Accept life in prison — or you can opt for Punishment Park: a three-day, fifty-mile trek through Bear Mountain and the San Bernadino desert. At the end of this hike is an American flag, allowing any accused who “capture” it to walk free. If the heat and impossible time limit weren’t enough, roving bands of military, police, and national guardsmen give pursuit after the accused are given a two-hour head start. Should you be captured, or attempt to leave the confines of the “play” area… do not pass Go, go directly to jail. Or worse. It’s a game no one can win, but everyone tries.

A coalition film crew from America, Germany, and England (including Peter Watkins as lead interviewer) are allowed to document this Punishment Park (one of many sprouting up across the U.S.), to show the world how successful we’ve become at dealing with dissent, and to serve as further deterrent for our own people against anti-establishment sentiment.

I honestly don’t know where to begin. There may be nothing to properly prepare the modern viewer for this marginalized micro-budget film from 1970. You could convince me it was produced in 2010, and I’d still label it the work of a visionary. But Punishment Park would never have been this good without its context.

In the midst of political assassinations, Vietnam escalation, draft-dodging, the trial of the Chicago Seven, Nixonian legislation, and police violence against protesters, Watkins assembled a cast of non-actors who were essentially living the plot of his film already, and asked them to improvise. Born of this are performances so painfully honest, that when combined with the documentary production aesthetics, it’s no wonder European audiences believed the events were actually occurring. Of the actors on trial, some had already been arrested and run through mock-processes, and were given a chance to voice the opinions they couldn’t before; of the actors playing cops, some had served in law enforcement, others had been beaten by them. Even Watkins as narrator/interviewer subverts the entire notion of the documentary “God” voice by constantly shifting perspectives.

The film captures three days from the perspectives of two Corrective Groups. Group 638 arrives for its tribunal (decidedly not a trial), and 637 is preparing to enter the park. A B-unit stays with law enforcement team, which uses the park for training and… emotional outlet. Watkin’s editing showcases the harsh disparity between words and reality by cycling through all three. And these cuts move quickly. A soundtrack of arms fire and patrolling helicopters lays an extra layer of extreme discomfort beneath the proceedings. The post-production work is impressively modern, again making you believe this film cannot be a product of the early 70s.

Inside the tribunal, we are unceremoniously dragged through short, pre-determined trials for each member of Group 638. Each represents the ideology and history of prominent figures in the counter-culture/Yippie movement. There’s an Abbie Hoffman, a Huey Newton, and a glorious Joni Mitchell/Janis Joplin composite, each answering for undocumented thoughtcrimes or being forced to explain song lyrics. But for each infamous portrait, there is a representative of the everyman: a woman accused of assaulting a police officer after defending herself in a vicious attack, a man accused of “hindering the war effort” who can’t come to grips with his sudden detention. All between the ages of seventeen and twenty-five. A gallery of children.

The Tribunal Representatives themselves are even more fascinating, playing the role figuratively and literally, as parents. Ignoring a representative from the FBI, this panel of judges are made up of those who cannot serve the military in the field, and keep their day jobs as small business owners, union reps, and in one case, “Housewife, Chairman of Silent Majority For America.” Their inquisition aims to “help” these misguided youth, despite a bloodthirsty slant born of media misinformation and Communist fear. Some of these sequences devolve into racism or name-calling too quickly, but others enter into thoughtful debate from both sides. Unfortunately, like any real life parent/child conversation, when a parent is done playing, there’s no rebuttal.

Meanwhile, in the park, Group 637 is apprehended moments after the two-hour head-start expires. A few hippies on foot are no match for patrol cars and “nonviolent” weapons. In theory, the accused should surrender when an officer tells them they’ve been captured, but all participants run. Or fight back. A small splinter group later manages to ambush a lone officer and kill him, then use his gun and vehicle to make a run for it. This death incites the other patrols to seek revenge on the remaining participants, no matter their involvement. At each bitter and soul-crushing turn, Watkins reminds the patrol leader that these events are being filmed. Chillingly, the leader never attempts to dissuade the filmmaker from capturing it all. Nothing can stop Punishment Park, and he’s more than a little proud of it. “Go ahead and film,” he says. “I’ve been on TV lots of times.”

Few Americans ever saw Punishment Park. Its first critic decried it as the wish fulfillment of a “paranoid who actually thinks this could happen.” At the same time, no studios would touch it for distribution, openly admitting to a fear of what the federal government might do to them in retaliation. Both are equally frightening responses when considering the film was based on legislation that was already active in a country with a higher percentage of its own citizens behind bars than any country in world — and more terrifying now that said legislation has been improved upon.

Watkins used the media trope of news presented as objective truth, and undermined it by filming a metaphor as if it were real. The distance should offer comfort, but there is none to be found in a viewing of Punishment Park. It stings to the core, and twists the blade more so in 2012 than in 1971, because it does the unthinkable: it proves the apocalypse has already come and we’re far too late to fight back. If that doesn’t shake your foundation more than a little girl coughing up split-pea soup, then it’s probably your fault.

This is reprinted from the book “FILMPOCALYPSE! 52 Cinematic Visions Of The End” written by Brock Wilbur.