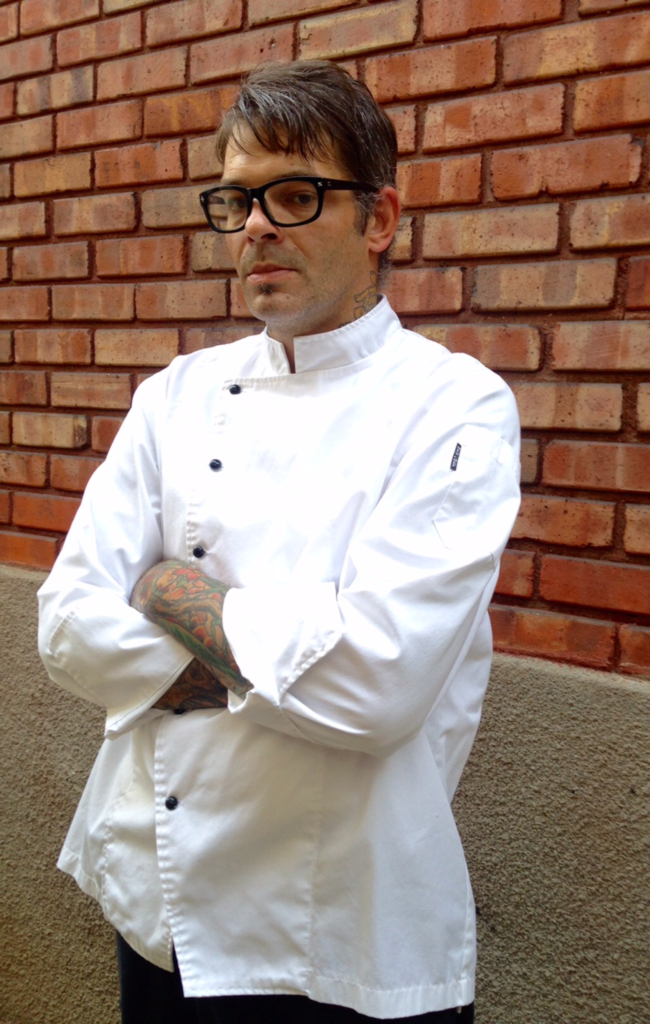 Don’t ask if you can still purchase a ticket to the first dinner of chef Kenneth E. Booth’s pop-up project. The 10-course meal sold out almost as soon as he announced it on the Dojo Kenichi Facebook page.

Space, you see, was very limited.

“There are only eight seats for the first dinner,” Booth says.

The term dojo kenichi translates roughly as “the house of learning for the wise one.” It’s an apt name for a venture by an accomplished kitchen hand who’s ready to add to his knowledge. Booth, who started his local culinary career at the Farmhouse six years ago, quickly moved up from grill cook to chef de cuisine, and he recently stepped down from that full-time position to take a part-time role as the restaurant’s butcher and prep cook.

“I had talked to the owner of the Farmhouse, Michael Foust, in July, about going part time,” he tells me. “If I’m going to focus on opening my own restaurant, I wasn’t going to be able to put in the time that the chef de cuisine position requires. This gives me more time to create the kind of restaurant that I want.”

Booth has been a fan of Japanese cooking and culture since he was a child, when his father, an officer in the U.S. Marines, was stationed in Okinawa. “We were invited to the home of my father’s friend for a traditional family dinner,” Booth says. That led to the boy’s first taste of sushi. “That night is still one of my fondest memories.”

Inspired by that formative experience, Booth wants Dojo Kenichi to feel like a memorable dinner in a private home. His first pop-up was priced at a memorable $108 a person, and those seats went fast.

Despite the Dojo Kenechi name, Booth says his pop-ups won’t focus exclusively on Japanese cuisine. “My background is in both Japanese and French cooking,” he says. “I want to use both those influences as well as the ability to use the bounty of produce and meats from the Midwest.”

The second Dojo Kinechi is tentatively scheduled for October. As with the first, its location won’t be announced at first. “I’m keeping it a mystery as I get my name out there,” Booth says. “I’m going to focus on the pop-up restaurants for the next six to eight months as a way of getting my name and my ideas out there. I’m thinking of offering carryout Bento-box lunches next year, too.”

Eventually, he adds, he’ll lease a restaurant space. His ideal location, he says, would be in Columbus Park “or another up-and-coming neighborhood.” He hasn’t decided whether to join the recent ranks of crowdfunding ventures. “I’m thinking about it as a way of funding renovation or repairs for the space that I eventually lease,” he says. “But my business plan is very simple.”

The space, too, sounds simple: a reservation-only venue with just one table.

“It’s all about the spirit of community,” Booth says. “I want to open the restaurant in a true community and make dining with me a community experience. This is a big leap of faith for me. I am not going to disappoint people.”