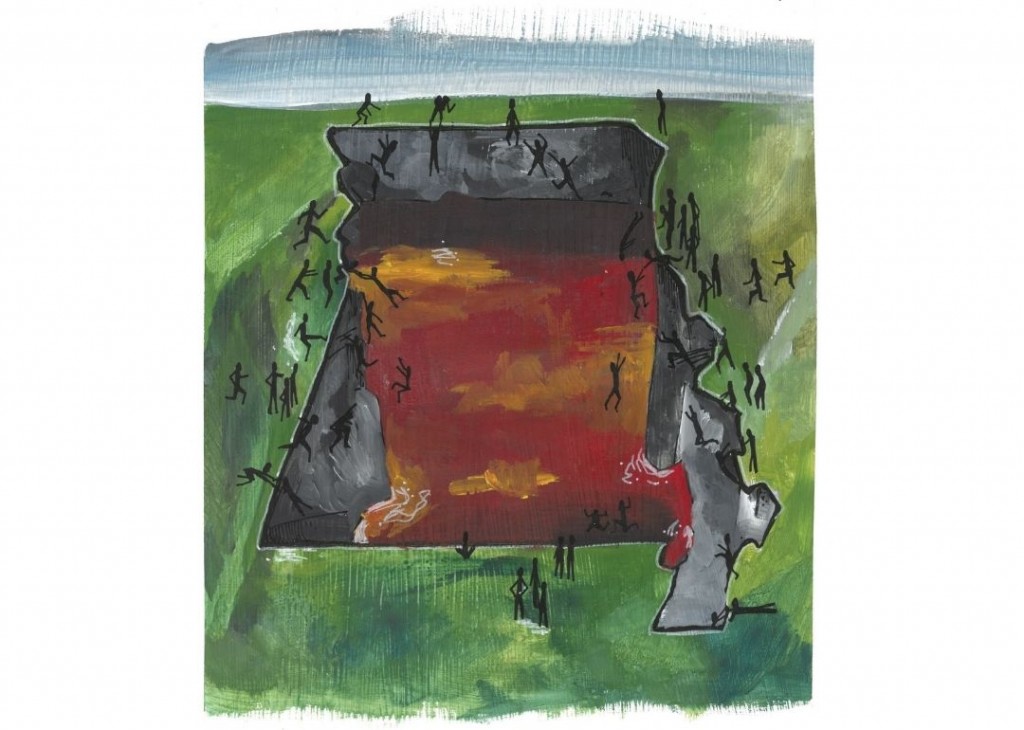 It’s that time again. You know, the time to recount the highs and lows of the year just passed and take stock of what might be ahead.

This annual ritual used to be more fun, back before COVID-19 and Trumpism and anti-vaxism and the overbearing presence of Missouri Attorney General Eric Schmitt. I have walked into many new years with optimism, others with ambivalence, and some with hilarity. I don’t ever remember flipping the calendar page with quite the sense of dread I feel about 2022.

But I could be wrong. I want to be wrong.

So let’s take a look at a few things going on in our little spot on the planet: the good, the bad, and the ugly—in reverse order.

I am not wrong about this: The campaign season in Missouri is going to be horrible.

The worst of it will be the race for the soon-to-be-vacant U.S. Senate seat currently held by Roy Blunt. Vying for the Republican nomination are—ta da!—disgraced former governor Eric Greitens (after his invasion of privacy charge, his affair, and a laundry list of other violations); the unhinged Eric Schmitt (who we have covered at length as he spirals into cartoonishly evil policies); and St. Louis lawyer Mark McCloskey (who achieved notoriety by threatening protestors with a gun and now risks suspension of his law license).

That’s not even the full list. You know a race is off the rails when one of the lesser evils in the mix is U.S. Rep. Vicky Hartzler, who got her start in politics working to ban same-sex marriage in Missouri.

We need to prepare for a barrage of the most repellent campaign ads imaginable—Greitens revisiting his glory days as a Navy Seal, Schmitt bloviating about his presumed “war on tyranny,” and everybody shamelessly sucking up to Trump.

Some Democrats are not-so-secretly pulling for Greitens to win the Republican primary on the theory that the sex scandal and shady campaign finance dealings in his past will steer voters toward the Democratic in the general election. Even Missouri Republicans have been accused of trying to kneecap his campaign.

I am not so sure about this. The Democratic field lacks a heavyweight candidate. Do we really want to risk the prospect of Greitens and Josh Hawley both representing Missouri in Washington?

Throw in redistricting of Congressional and legislative seats, plus the ladder-climbing race that’s likely to ensue in the Missouri legislature, as columnist Jeff Smith described in the Missouri Independent, and Missouri politics becomes a toxic brew.

In Kansas, Republicans will pull out all the stops to try to dislodge Democrat Laura Kelly from the governor’s office. The likelihood that her Republican opponent will be state Attorney General Derek Schmidt means we will continue to confuse the Kansas Schmidt with the Missouri Schmitt.

Even so, Kansas so far looks tame in comparison with Missouri. One wild card is a constitutional amendment that voters will see on the August ballot. If passed, it would open the door to the Kansas Legislature going the way of Missouri and making abortion all but illegal in the state.

I’ve talked to Kansans who hold out hope that voters might actually reject the amendment, which would be a clear win. But the issue will shade all of the rest of the politicking going on.

Bad and getting worse

Let’s talk for a minute about the dumpster fire that is the governance of the Kansas City Police Department.

Count me as someone who thought Mayor Quinton Lucas was on the right track when he proposed making a portion of the police department’s budget subject to negotiation with city officials to prioritize community-based services aimed at reducing crime.

But Lucas pissed off the Northland old guard when he excluded their representatives from discussion of the ordinance. Then a judge said the city couldn’t mess around with police funding in the middle of a budget year. Now a Republican Missouri state senator has introduced legislation that would force Kansas City to give even more money to its governor-appointed overseers on the Board of Police Commissioners, with no say over how it is spent.

Meanwhile, it seems as though police Chief Rick Smith will retire in the spring, though he’ll get paid through August. He will likely receive accolades and sheet cake—never mind the anger and mistrust in the neighborhoods, the low morale in his department, and his inability to make a dent in violent crime.

As for the police board, none of its members except for Lucas—the only one accountable to Kansas City voters—has publicly expressed remorse over the death of 26-year-old Cameron Lamb, who was shot in his own car in his own driveway. A judge last month convicted a police officer of involuntary manslaughter in Lamb’s death.

The testimony was damning—not just of the officer’s actions but also of the police department and its chief. Prosecutors made a strong case that cops fabricated evidence to make it look like Lamb had a gun. The Kansas City Star reported that Smith, after the shooting, was recorded saying, “Everyone is good. Bad guy’s dead.”

This will not get better just because Smith is reportedly leaving. A new chief, whether from inside or outside the department, will not have the backing to make necessary sweeping reforms from a board that mostly thinks the current chief is doing a fine job. And that board will continue to have support from a Republican-dominated state legislature and governor who are openly hostile to communities of color.

Nobody is coming to save us, friends. The only course of action is for everybody to scream for local control so loudly that no local politician will dare oppose it, and they hear our rage all the way out in Jefferson City. Because, ultimately, these poisoned relationships between police and community, hand in hand with the high crime rate, will drag down the city’s business climate and quality of life.

And finally, the good

The murder verdict of police officer Eric DeValkenaere for Lamb’s shooting marked the first time a Kansas City police officer was convicted of shooting a Black man. As well, because of Baker’s efforts, Kevin Strickland was released after 42 years in prison on a wrongful conviction.

In a state where politicians routinely abuse their power and pursue ambitions at the expense of the people, Baker has shown that it’s possible to succeed in office simply by doing the right thing. Cheers to her.

Activists also kept winning in 2021. Prompted by KC Tenants, Stand Up KC, and the Heartland Center for Jobs & Freedom, the Kansas City Council in December approved an ordinance guaranteeing that tenants facing eviction are entitled to legal representation. Their victory should reduce the number of evictions and keep families sheltered.

Speaking of activists, hundreds of people around Kansas City are quietly signing on to climate change initiatives. A Regional Climate Action Plan is now official. According to Mike Kelly, the Roeland Park mayor who helped get the initiative started, more than 1,000 people got in on the making of it.

Another bright spot: progressive women lawmakers. Democratic (and a few Republican) women in the Kansas and Missouri legislatures continue to speak out boldly and effectively on behalf of reproductive freedom, protection of children, quality education for all, and much more. I’d name names, but I worry about missing some.

Last but not least among the tidings of good cheer: drive around the neighborhoods and you’ll see old businesses sprucing up and new ones popping up.