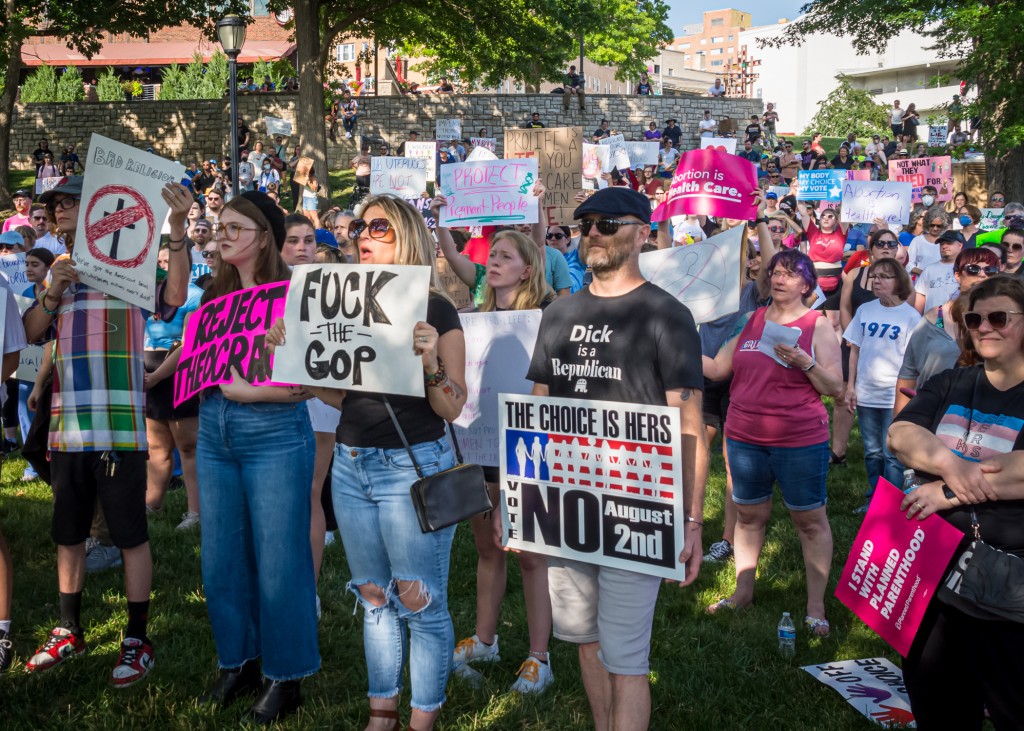 The omnipotent shitshow that is America, once again, welcomes uterus owners to the foreground of its target practice. On June 24, the United States Supreme Court (SCOTUS) dismayed and devastated citizens with the overturn of the precedential court case, Roe v. Wade.

The outrage is granted, but differing opinions also made their presence online. Since Roe v. Wade acts as a hot-button issue in politics, it only makes sense. Some users of Instagram, Twitter, Facebook, and more, called for the immediate codification of Roe from Congress. If codified, Roe would therein stand as a federal law, providing legally undisputed protection.

Those in both support and opposition of the decision gathered outside of the Supreme Court Building in Washington, D.C., on June 24, to let their voices and protests be heard. A tweet from The Washington Post shows pro-life activists hugging each other in joy, and pro-choice activists with tape across their mouths, signaling the silencing of their opinions by the governing body.

While Roe acts as the primary talking point in the recent decision, the blowback was handed down as a double whammy. Alongside Roe stood the decision on the neighboring court case, Dobbs v. Jackson Women’s Health Organization.

Roe v. Wade encompasses a woman’s medical “right to privacy” and therefore her right to choose whether or not to have an abortion. Dobbs v. Jackson Women’s Health Organization reigns over the constitutional right to abortion for American citizens. The determination by the nine justices left women across the country without the right to bodily autonomy, and no guaranteed protection of abortion healthcare by the federal government.

The precedent of Roe since its initial decision in 1973 has withstood the test of time. Until earlier this year, it seemed as if Roe would continue to stand as a constitutional feature. As a horrifyingly bad omen, on May 2, a draft opinion of Justice Samuel Alito Jr.’s stance on the overturning of Roe was leaked by Politico. The full 98-page document of the “supposed” majority court opinion set social media ablaze, and in spite of questions over the validity of the document, the opinion was spoken into existence.

Over the past few years, the populace of America has found itself living through a future history book chapter laced with events that grow more notable by the day. Even though KC seems like it’s a world away from the capital, and our government’s home base, the repercussions of each decision still run rampant through the metro.

Abortion advocates like Kelsey Rhodes and Iman Alsaden haven’t even attempted to detach from the issue, the times call for their heels to be dug in even farther. 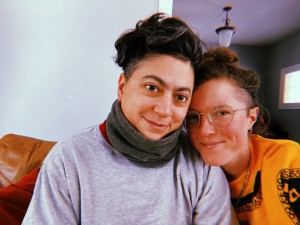 Rhodes is the Director of Communications at Physicians for Reproductive Health, while Alsaden acts as the Chief Medical Officer (CMO) of Planned Parenthood Great Plains. The couple uses their platforms through their work environments to boost upcoming ballot movements, educate on abortion healthcare, and myth-bust abortive procedures.

“We knew that this was coming,” Rhodes says, “and it almost makes it all the more devastating because it was so intentional.”

At Physicians for Reproductive Health, Rhodes corresponds with abortion providers across the nation. She also helps them share facts and statistics on abortion access with the public.

The current privilege lies in the hands of other landmark court cases Griswold v. Connecticut, Lawrence v. Texas, and Obergefell v. Hodges. These cases protect contraceptives, same-sex intimacy between couples, and same-sex marriage. But after the overturn of Dobbs, Justice Clarence Thomas released an opinion in which he essentially tagged these three cases as the next up to the chopping block.

The basis on which Roe and Dobbs were overturned was the fact that the U.S. Constitution doesn’t specifically mention these protections in the original document. As a CMO and a Doctor, Alsaden wants to reiterate that abortions do, in fact, fall under the realm of healthcare, just like abortion medications do.

“St. Luke’s health system has decided not to offer Plan B to its patients on the Missouri side,” Alsaden says. “This is not rooted in any fact, or medical science about Plan B being a medicine that can cause an abortion. If that were true, then birth control pills could just cause abortions, and people wouldn’t even need to go to clinics.”

Alsaden’s position at Planned Parenthood Great Plains leads her to oversee operations in Arkansas, Kansas, Missouri, and Oklahoma. The organization combats misinformation about abortion processes and offers a plethora of healthcare options to multiple demographics.

“I think that when we were talking about Roe v. Wade being overruled, or overturned, we were met with a lot of ‘Oh, that won’t happen.'” Alsaden continues: “That’s not a thing people should say, I think the reach of the Supreme Court knows no bounds. They are shameless and cruel.”

People like Rhodes and Alsaden are also avid supporters of the “Vote No” ballot initiative in Kansas for Aug. 2. If enough votes are gained, the bill passed will further preserve the right to abortion in the state. Kansas residents are urged to check their voter registration, call, text, or phone bank, and contact their county Democratic parties for further information.

With surrounding states enacting their trigger laws, Kansas acts as a remaining safe haven for those seeking abortion healthcare in the Midwest.

An individual’s right to abortion has always been a polarizing token of politics. This matter is even more pressing when individuals who are not elected through public processes are making decisions for each and every one of us. As the pages of this chapter in history are penned, let’s make sure we don’t go down without a fight.