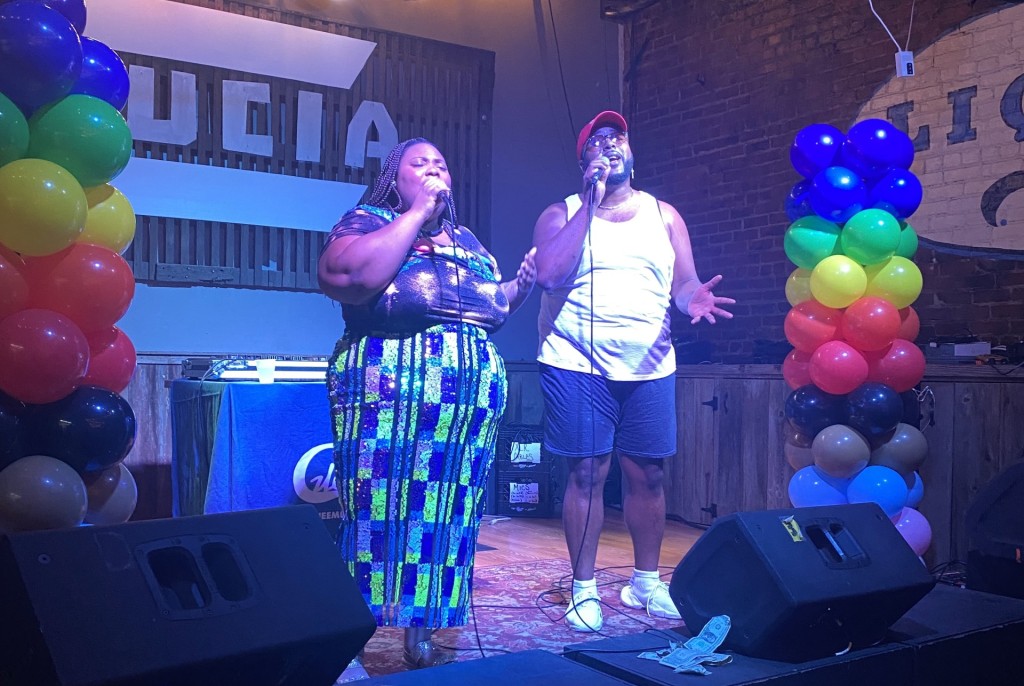 LFK offered a taste of the rainbow, jokingly and literally, on June 24 through 25, hosted by I Heart Local Music. Friday affairs included a “Skittles Mini-Ball” at the Granada, and an Art Fair at VIBE, topped off by Drag at Lucia Beer Garden & Grill.

VIBE opened its doors for the art fair at 5 p.m., hosting tables from local creators and organizations that held goodies for all in attendance. Massachusetts St. was alight with pride flags of every category, body glitter, and a multitude of platform shoes.

Next door at Lucia, the drag show kicked off and cranked the speaker volume at 7 p.m. 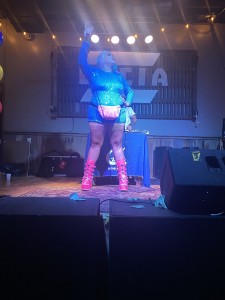 The festivities gave the nod to local artists and performers with smaller platforms.

Victoria and Emmanuel Cable, aka VCMN, acted as one of the original singing groups of the night. Their setlist included some alternative R&B, ass-shaking bangers, and their tentative version of country. They also opened the floor for a friendly Pitch writer to have a fervent air-guitar solo, but that’s neither here nor there.

The crowd was electrified by their honey-laced vocals, leaving no question about their support.

The pair says, “This might be the best set we’ve done. The LGBTQ community is always super supportive, and they just keep it lit in general. It’s just fun partying with our community.”

VCMN is working on the release of their second album now, and scheduling their upcoming “Vibing with VCMN” showcase.

During the boogie escapades at Lucia, the Granada opened its doors for the “Skittles Mini-Ball” at 8 p.m.

The ball highlighted creators from the region and gave crowd members a chance to walk, or dance, across the stage. Dance battles were categorized by the colors of the rainbow, implementing a prismatic lip-sync extravaganza.

As the curtain call was made for Friday’s events, the clock counted down for Saturday’s Pride parade and party.

The parade-goers met at South Park at 4 p.m., and walked down Massachusetts St., sharing the love downtown. The party followed at 5:30 p.m., hosted by Abe & Jake’s Landing, a banquet hall located on 6th St.

Fueled by alcohol, music, and complimentary colors, Lawrence Pride has wrapped for the year. The cultivated lesson was that love is love and fuck the rest.