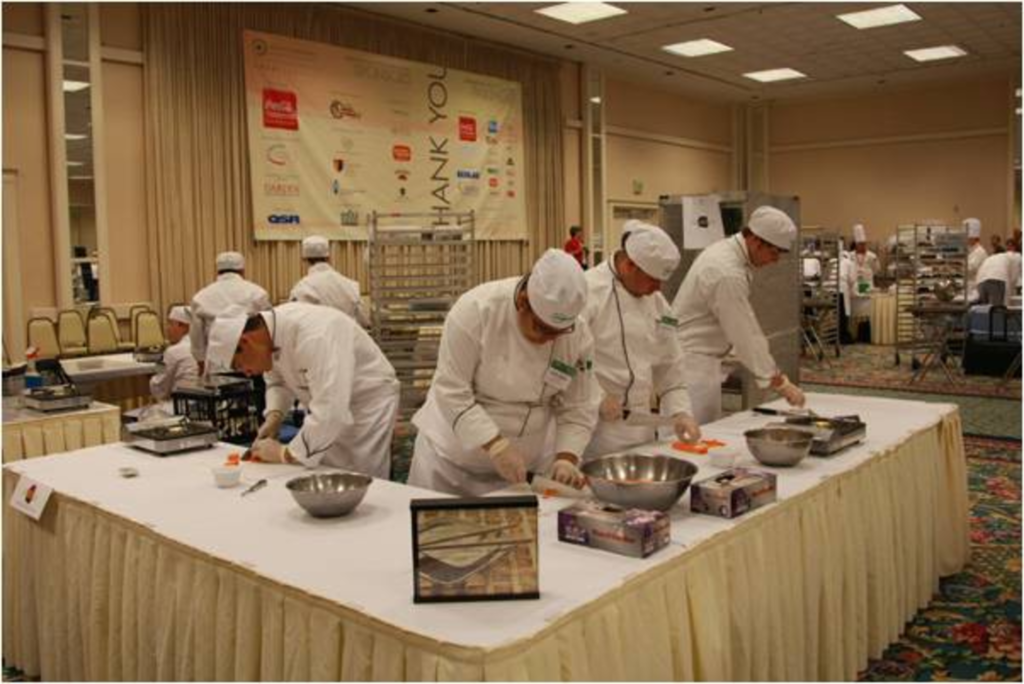 Clearing out my press-release inbox for the week, I noticed I missed this important announcement from the National Restaurant Association. (The good NRA.) It has chosen the Overland Park Convention Center for its 2010 and 2011 national competition. The 2009 competition is in San Diego.

The Association’s ProStart invitational for high school students involves a culinary event in which they’ll prepare a meal consisting of a starter, an entrée and dessert

in 60 minutes. There is also a management competition in which students compete by going over case studies and competing in a “question and answer” Jeopardy-style event.” It seems the NRA wanted a national student culinary competition to compete against the American Culinary Foundation’s many competitions and thus ProStart was born.

The event wil draw more than 275 students from 37 states including Alaska, New York and Florida. What’s so great about these student competitions is that its the creme of high school students who all know what they want to do. What many of them are unsure of, though, is where to go to college and/or work. Hopefully, spending a week in Kansas City and getting to know our better restaurants and seeing the awesome program at JCCC that can produce students like Kelly Conwell will make them decide to stick around.