‘Married At First Sight’ is where I’ve chosen to invest my time, lol 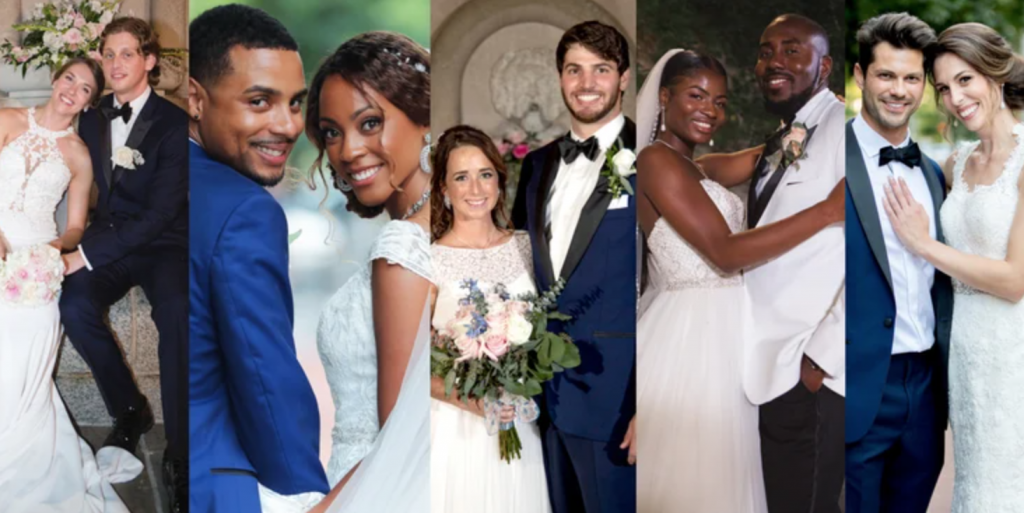 There’s a large spreadsheet on my computer, listing off movies and TV shows that I need to watch. Important things that I’ve just never had the time to take on. Pop culture that I know I would find fulfilling. At the start of stay-at-home, I thought my wife and I would finally knock out all these award-winning productions. After all, we’re trapped in our home all day long. What excuse would we have to not do so?

Turns out it is impossible for me to take in High Art during this period. I don’t have the bandwidth. It just doesn’t process.

So now I love reality shows about marriage.

Previous to this, not a big reality show fan. Not a big fan of the hate-watch. My time is valuable and over the last few years I have learned to value that time even more. I don’t start a new Netflix show if someone says “It gets good in the second season.” I don’t watch a movie that I know I’ll spend more time yelling at than enjoying.

The value of my time has changed. And my tastes have adapted with it. That’s why I’ve binged ten seasons of Married At First Sight and all of its spin-off shows.

This is not a cry for help. This is… a mild request for help.

If you’ve never caught the show before, here’s the summary:

The cart comes way before the horse in the reality series “Married at First Sight.” Based on a hit Danish format, “Married…” features people who agree to participate in an extreme experiment: Each covenants legal marriage with a complete stranger. Specialists — including a spiritualist, a relationship coach and a sociologist — use scientific matchmaking methods to determine each couple, who will not have met or had contact with each other until the wedding day. The series then documents the relationships, including honeymoons and other relatable events of married life. After several weeks, each couple must decide whether to remain together or go their individual ways.

The show hooked me with the premise based on a sincere belief in the power of arranged marriages. American culture hasn’t traditionally seen the positive elements of what could come from this kind of matchmaking. So to watch relationship experts match couples from a pool of thousands, and then help them work through a trial marriage period, is the sort of sincere attempt that doesn’t need the traditional staples of reality pretense to make the journeys interesting.

I mean, it shouldn’t need the extra reality show twists to function. But the producers seem to insist on interjecting stupid reality show choices, because they don’t know their program is already engaging without it. Or maybe they just don’t know how to make TV without shoving it into the standard genre boxes.

So what happens? A series of couples are aligned and told to survive on their own. They rarely pan out.

Or more accurately: there is an incredible split. The forever divide. The “well wow they fucked this” gap. And that’s what keeps pulling me back into this television hell-gap.

People herein should be matched appropriately, to start a journey towards a complete marriage that satisfies each equally. The presence of so-called sexual professionals should inform this is such a manner that there should be no discussion as to whether or not the participants got what they wanted.

This is not the case. In fact, unfortunately, the show seems to rebel against the concept of honest attempt whenever it deems itself in a lull of attention. Insofar as the program worries that a couple might be boring, the production overcompensates by presenting some kind of challenge that you would find on the most generic spin-off of The Bachelorette. And even within that, the generic copy brings so little toward audience attention that you’d meet it with an equal level of “…. Eh? What are we doing?”

Over the course of ten seasons of this show, the “experts” manage to match an incredibly scattershot series of people into marriages. Part of the watcher experience is to react with genuine shock to how terribly these professionals managed to pair some of these folks. Most work. Occasionally, you get two that are paired wherein one has a cat and the other is allergic to cats… and you’re instantly aware that what you’re watching is bullshit. (Hot Goss: the latest season fell apart because two of the men were last-minute replacements for others whomst bailed. Which explains… this season.)

It is truly the best show, amongst all shows in the genre, that purely attempts to parse what love, commitment, and marriage are delivered as. And my biggest complaints against the series are the obvious moments wherein the producers worry that what this is… is not compelling enough. It’s always compelling enough. Going over the top is playing a hand; hey whoops you weren’t ready for this. It shouldn’t be necessary and it’s hard to know where to take it. Everyone was already ready. What else did you need?

One of the inherent joys of M@FS is basking in the absolute dirge of production funding they have to workaround. It’s a show made on, literally, cell phone selfies at most points. The production dares its participants to make TV just slightly better than what a streaming service might pay. Yet, when people inflicted into a marriage a jabbed to present love, it’s pretty easy to tell whomst doesn’t have love to give.

We’ve plowed through ten series of shows. What’s the takeaway?

So now we’re plowing through the show 90 Day Fiance. I don’t know what I thought it was. Actually, what I thought it was, was a follow-up type show to Married At First Sight, wherein the main characters had to show that they were truly here to be Americans. Whoops. Mega-Whoops. I was way off. 90 Day Fiance involves Americans who have imported foreigners, and now they have 90 days to marry their betrothed or go home. Uh. It’s awful. It’s sex trafficking as entertainment? It’s literal Hell?

We’re in the 4th season of it right now. Such is quarantine.