Liver and onions: Yes, you can still find the dish in KC 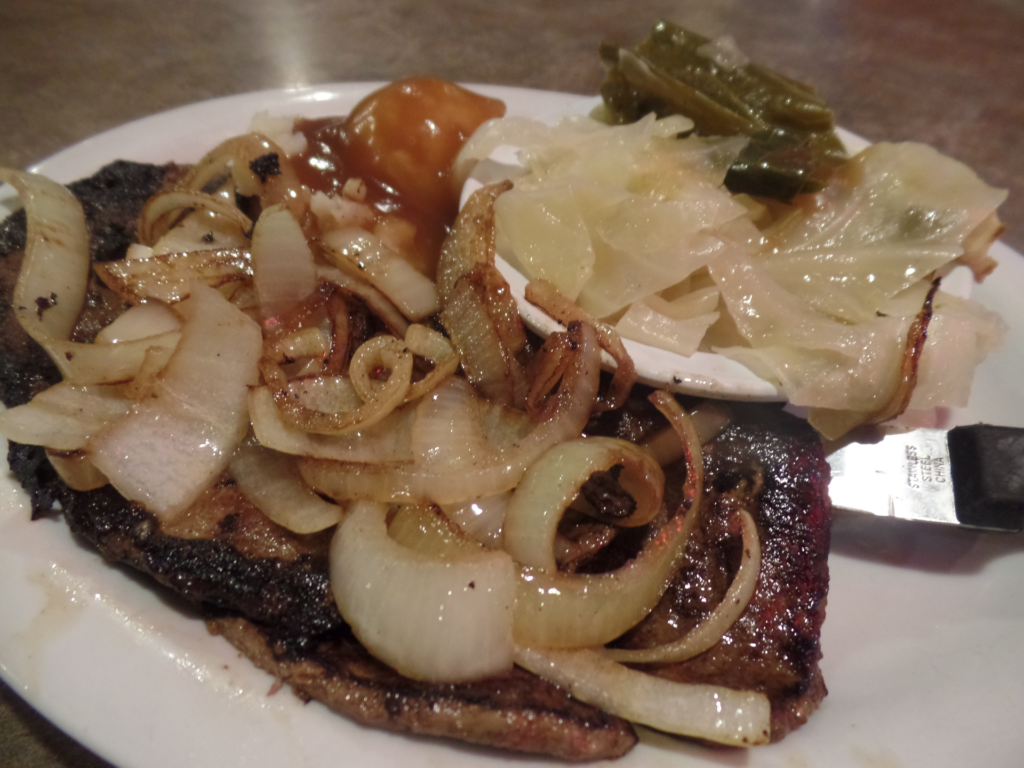 Last Friday, I was part of the food critics panel discussing, on KCUR 89.3’s Central Standard, the subject of offal: “animal innards and extremities.” According to Food Lover’s Companion, these include brains, cheeks, intestines, feet and ankles, kidneys, livers, tripe and such.

Those ingredients are very much back in style. Just take a gander — pun intended — at the menu at Extra Virgin (1900 Main), which has a full array of organ-meat delicacies: lamb tongue salad, duck tongue tacos, chicken livers and toast.

On the other side of the wall at 1900 Main, the fancier Michael Smith restaurant serves rabbit gnocchi, but liver and onions? Positively never.

“We’ve never had beef liver in this restaurant,” one of restaurant employees told me, as if he were describing something vile.

That’s because chef-owner Michael Smith prefers veal liver. “It’s much more tender,” he says. “I grew up eating beef liver and onions, and my mom cooked it to death.”

Once a staple of restaurant menus and cafeteria steam tables, liver and onions was, perhaps, the best-loved organ-meat dish…after fried chicken livers and cold beef tongue (which is now coming into vogue again). In the 1930s, even the children’s menu at the Harvey House restaurant had a beef liver dish because it was considered so healthy. And it does have enormous nutritional value.

But back to liver and onions. I’m not a fan of the dish myself, but I know lots of people who crave it the way that I might crave sauteed chicken livers and toast. So where does one go for the best versions of this old favorite?

Niecie’s (6441 Troost) doesn’t offer beef liver and onions every day, but it’s a recurring weekly special — with two side dishes and a dinner roll — usually priced at about $11.99.

The Corner Cafe (4541 N.W. Gateway, Riverside) serves, on the regular menu, a dinner platter with liver and onions, with two side dishes and a roll, for $9.99.