Today is the last day of this current funding push. But there's so much more we need to accomplish together. 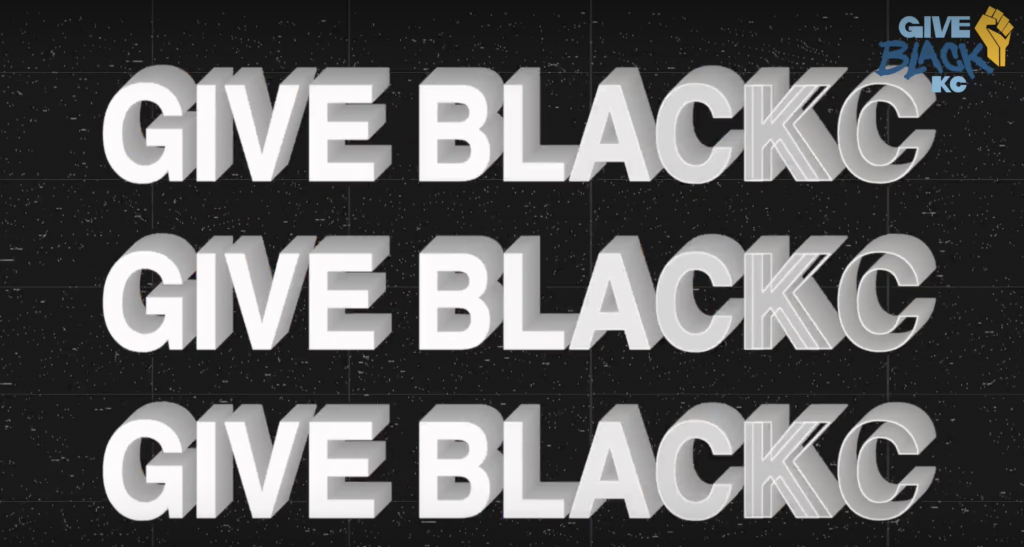 It’s the final day of the Give Black KC campaign, but it’s not too late to make a difference.

Give Black is a community-driven fundraising campaign to benefit eight local Black-led nonprofits. It’s rooted in data-driven collective impact strategy and racial equity, with the goal of uplifting BIPOC communities as a whole. The following conversation is between The Pitch and Brandon Calloway, the Chief Executive Officer and co-founder of Kansas City G.I.F.T, and a leading organizer of Give Black.

The Pitch: Tell me about Kansas City G.I.F.T., as it is in many ways a foundation for the Give Black Campaign?

Brandon Calloway: G.I.F.T. is “Generating Income for Tomorrow“. We raise money and give grants to Black-owned businesses operating on the east side of Troost in the historically redlined areas of Kansas City where Black poverty is still most concentrated. The goal is to help businesses grow so that they can increase the amount of quality paying jobs and economic mobility for individuals that live in those communities through intentional investment in an area that was aggressively and intentionally disinvested from.

How did Give Black come to be?

So last summer, Ave Stokes from Alive & Well Communities reached out to me and we were wanting to do similar things, but instead of the focus on community fundraising, his focus was making sure foundations are held accountable. We merged our two approaches to create Give Black and kicked it off last year with The Greenline Initiative and Urban League of Greater Kansas City.

This year, Ave did a data analysis of community needs and what people were calling in to request help for during the midst of the pandemic: food, financial assistance, housing, all of that was still a top priority. And so, he and I started looking at organizations in the realms of income and employment, housing, food access, mental health, and digital connectivity. We pulled them together based on our own independent research and our networks.

I come from a nonprofit background, specifically from United Way, and I know that no one approach is going to fix everything. It takes multiple avenues because if you look at one household, there’s the potential for multiple challenges in that one household, and the potential for that one household to receive benefits from multiple organizations. The goal was that if we partner with other organizations to help them grow and become financially sustainable—and help them focus on the work that they’re doing rather than the money that they need to do that work—the people that would benefit the most are those receiving the nonprofits’ services.

Let’s talk about the first round of Give Black last October—what impact did those funds make on the organizations participating?

Last October, instead of doing the campaign for a week like this year, we only did it for a day, and we were able to raise around $15,000. That $5,000 per three organizations was helpful, but it wasn’t completely game-changing for the organizations.

This year, we’re really hoping to raise more so we can evenly distribute a larger amount. With those funds, we can implement a professional development series to help these eight organizations increase their ability to remain financially sustainable.

How do you think that the funds plus a professional development program will support the mission of the organizations?

So, for example, The Greenline Initiative uses crowdsourced funds to purchase blighted homes on the East Side. Then they renovate that home to sell it to a renter at a much lower rate than a private developer would so that their mortgage is equal to or less than the amount of rent that they were paying. So, it’s a really attainable path to affordable homeownership for residents living on the East Side. The $10,000 that The Greenline will get will go towards helping them to purchase another house, and just the whole process of buying, flipping, and reselling homes.

Then when it comes to the professional development series, they have a lot of back-end work that needs to be done on the legal end to help bring in potential investors. It will help them to build out their annual reporting process so they can show their outcome, and help them to streamline their financial reporting process because they are a two-person team. The professional development series will also help them access more money from some foundations, and potentially some more money from private donations as well, to increase their independent financial sustainability.

A long-term goal is to grow their staff so that they can, one, purchase more houses, and two, handle the increased demand and workflow that comes with doing more houses at once. Ultimately, the people of the community will be the beneficiaries of that, because they will be able to increase the number of renters they are turning into homeowners each year.

How does it feel to be going into Give Black round two in light of increased media attention in the last year around issues of racial equity, and increased involvement in mutual aid and wealth redistribution practices?

The further I get into this, the more pessimistic I’ve become, which is funny. You’d think I’d get more optimistic. But Ave and I were talking, and he saw a statistic that said that since last summer, there has been $4 billion pledged to support Black and brown organizations or initiatives. Of that pledge, $250 million of it has been distributed so far nationwide. I don’t think we’ll reach a point where there’s a $4 billion pledge and $3 billion has been distributed. It gives me concern that this was indeed a moment that may have started to pass.

During last year’s Give Black, we got 200 donors overall on that day. This year, we’re pushing around 70 as of Wednesday. So, we’ll probably get close to that 200 donor number by the end of the week.

I am concerned that this is not close to being top of mind for a lot of people anymore. But I’m still optimistic in the sense that I have seen that the Kansas City community does acknowledge the racial wealth gap, the racial divide, and the problem in Kansas City, and genuinely want to do something about it.

As you’re balancing your concerns and dreams with this campaign, what do you hope is accomplished by the end of this week, in addition to raising funds?

As far as conversations to be had, we’re doing this the week leading up to Juneteenth on purpose, because this week people will really be thinking about race relationships in the country. I hope that we spark conversations to reignite those flames that remind people that this was not just a moment, this is a real movement that needs to happen. And I hope that people actually take the time, go out to the Juneteenth KC festival, and actually celebrate Juneteenth.

Check out the Give Black KC website, go donate, or text “giveblackkc” to 44321.