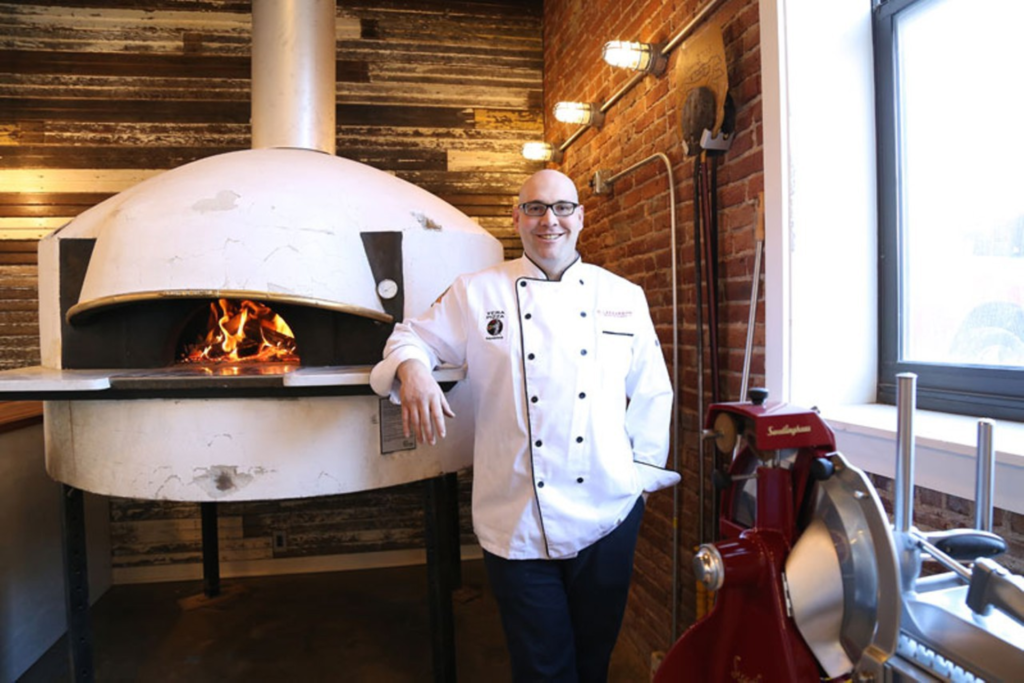 Erik Borger, owner of the seven-month-old Il Lazzarone pizzeria at 412 Delaware in the River Market, says he’s obsessed with perfection.

That means he’s constantly juggling a lot of ideas and projects, including revamping his Il Lazzarone menu and signing a lease on the former Open Fire Wood Burning Pizza location at 3951 Broadway. There, he’ll test his perfectionism on a different kind of cuisine, with a new partner: ramen, with chef Joe West.

Borger says that even before he started planning the River Market Il Lazzarone, he was working on an idea for a midtown ramen restaurant. That idea, he tells me, comes to fruition in November with the opening of Komatsu. Overseeing its ramen bowls, with house-made noodles, will be West.

“Joe’s a superstar,” Borger says of the Delaware Café and Bluestem veteran. “We’re extremely lucky to have him. We’ll be using the same kind of [noodle-making] machine that Ivan Orkin — the guru of ramen in the United States — uses.” The restaurant’s menu will also include pork buns and other appetizers and desserts.

Borger says he’s not intimidated by the considerable square footage of the Broadway space. “I like the vastness of it,” he says. “It’s got great potential and it’s centrally located. In that regard, it’s a better location than Il Lazzarone.”

Speaking of Il Lazzarone: Borger confesses that he has been unhappy with the performance of his Kansas City pizzeria since I gave it a mixed review in July. Since then, Borger says, he has overhauled the serving staff and the bar crew. (“I hired rock-star bartenders, and there was, unfortunately, some rock-star attitude going on,” he says.) And he’s putting out a new menu on September 18, introducing six new pizzas and cutting prices. “Prices will be reduced between 25 to 50 percent,” Borger says. “That was one of the criticisms of the restaurant, that prices were too high. And if that’s a perception possibly keeping potential new patrons from coming in to check us out, I have to change that.”

Borger says he has been able to cut costs on staples such as flour and San Marzano tomatoes now that he owns two restaurants — the original Il Lazzarone still operates in St. Joseph — and is buying in bulk. “I wanted to pass those savings on to my customers,” he says.