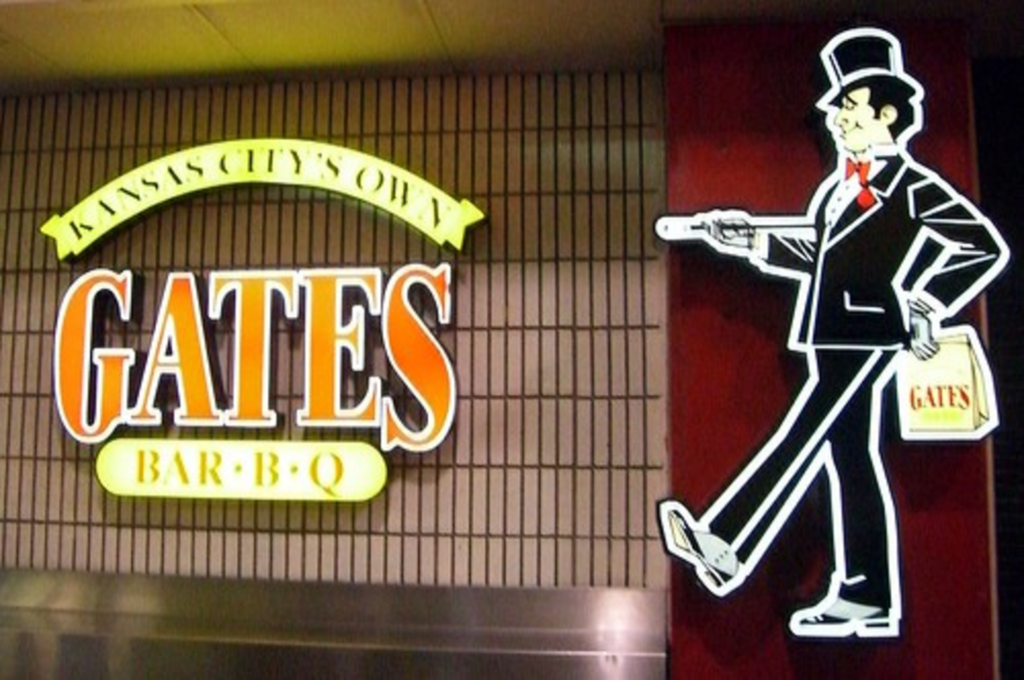 Gates has a little more to strut about after being named one of the 23 landmark restaurants in the country.

No, it’s not an official landmark as designated by the government. The title was bestowed by AOL, which called it “lip-smacking good” and commended the sauce as “what

elevates it to the top of the heap,” especially when its on the ribs.

“HI, MAY I HELP YOU?!” scream the women behind the counter at the Gates

on Main Street, where you have precisely 1.5 seconds to shout back your

order before they brand you hopeless and move on to the next customer.

That is part of the restaurant’s shtick (the phrase “Hi, may I help

you” appears everywhere on the menu), but the barbecue itself is no

Also on the list of dishes not to be missed: Gates’s Yummy Yammer

pie, a sweet potato tartlet that you’ll unconvincingly pretend to have

no room for before you devour it in three bites.

Yes, stories about Gates, Arthur Bryant’s, Oklahoma Joe’s and others can be tediously familiar to those of us here in town, but the article is still worth a read as the Post writer Chuck Voegel paints an almost picturesque setting. “Kansas City likes to call itself the City of Fountains, boasting that

no other town save Rome has more of them. But it’s really a city of