From single-take sci-fi to mad gods and ex-priests, the genre festival continues to amuse and inspire 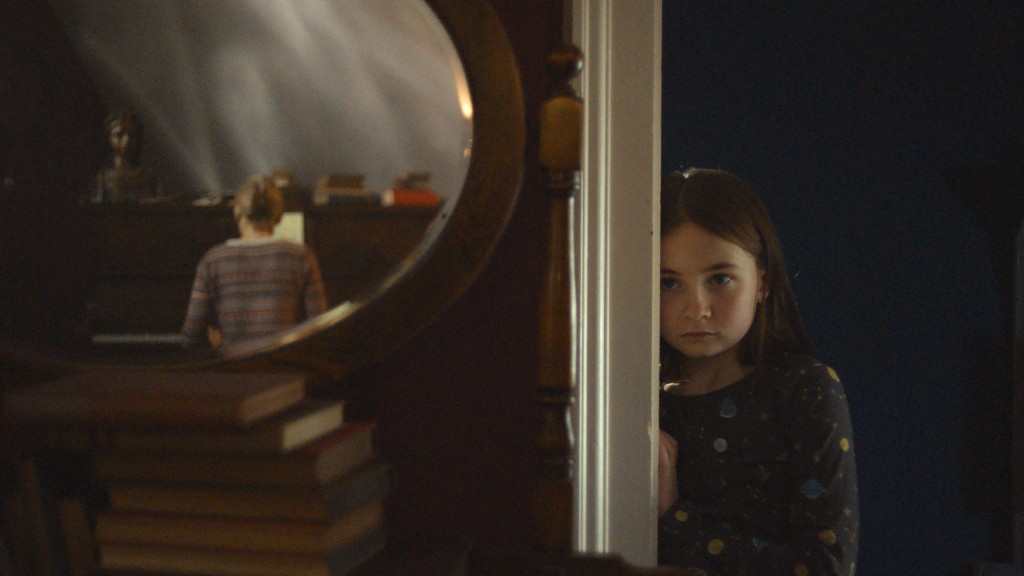 Some say the film festival season truly “kicks off” in the summer and fall, with a number of high-profile events assembling slates of the most interesting new cinema from across the globe. At Cannes and Toronto, you’ll see the big-deal studio awards contenders and recently-minted indie darlings. At Canada’s Fantasia International Film Festival, however, you’ll see… something else.

Fantasia is the home for fascinating new horror, fantasy and sci-fi releases. It’s usually the place where you’ll first get a glimpse of titles that hit big at Fantastic Fest in Austin, or eventually make it to streaming houses like Shudder. Last year, Fantasia gave us the premiere of The Mortuary Collection, one of my favorite movies of 2020, as well as a platform for Kansas City’s own Jacob and Ben Burghart and their excellent short film Suspense.

The 2021 festival, like last year’s, was held online, meaning movie fans in more diverse locales got access to Fantasia’s weird and wild programming. This year’s lineup had several standouts, some of which will be widely available in the near future, and others to be on the lookout for. Here were five of my favorite offerings.

Mark Sept. 9 on your calendar. That’s the date Ruth Platt’s Martyrs Lane premieres on Shudder, and you’ll want to make it a priority. Platt’s film follows Leah (Keira Thompson), a young girl who lives with her vicar father (Steven Cree), frazzled homemaker mother (Denise Gough) and disaffected teenage sister (Hannah Rae) at a vicarage adjoining a small English parish. After taking an item of her mother’s that she shouldn’t have, Leah is visited by Rachel (Sienna Sayer) a mysterious, winged child who claims to be her guardian angel. But is she really? Platt does an incredible job capturing the feeling of being a precocious child in an adult-dominated space, wrapped up in a genuinely creepy, harrowing ghost story. Fans of Neil Gaiman’s Coraline (the book) take note.

How to describe Kratt? Rasmus Merivoo’s wackadoo cult-horror-comedy contains elements of Terry Gilliam, Jean-Pierre Jeunet, M. Night Shyamalan’s The Visit and the cult Christmas beastie adventure Rare Exports. It’s a classic tale: two phone-addicted tweens get dropped off at Grandma’s by their parents for a week. They learn how to take care of the farm, make friends with the local kids and, you know, make a pact with a demon to create a magical servant that does their chores for them. Normal kid stuff. Merivoo’s film contains wild commentary on technology and instant gratification in the online age, including a bizarre and hysterical rabbit-hole scene on AI assistants that has to be seen to be believed. Kratt contains more than it can perhaps hold effectively, but you can’t help but admire the attempt.

Mark O’Brien is likely best known for his role in Ready Or Not as Samara Weaving’s board game empire-heir husband. However, as The Righteous demonstrates, he’s also a talented up-and-coming filmmaker. This is O’Brien’s first feature-length film, and it’s a stylish, mournful piece of work.

Ready or Not’s Henry Czerny stars as Frederic, a former priest who left the church to marry Ethel (Mimi Kuzyk). At the start of the film, the couple are grieving the death of their young adopted daughter Joanie. The night after the funeral, a drifter named Aaron (O’Brien) shows up at the house, where he preys on the couple’s charity and emotional vulnerability. Is Aaron a supernatural being sent as divine punishment for Frederic’s past sins? Is he a real-life proverbial chicken coming home to roost? In its best moments, The Righteous feels like slightly shaggy Bergman, complete with a stark location, guilt-ridden god-wrestling, and stunning photography.

Produced over the course of 30 years, Mad God is the magnum opus of Phil Tippett, the visual effects pioneer behind Jurassic Park, Robocop, Star Wars and gobs of other iconic practical effects-driven movies. To say Tippett’s stop-motion film is “not for everyone” is putting it mildly; he’s essentially plopping us into a nightmare for 80 minutes. I’m not talking the David Lynch kind that’s weird and unsettling but ultimately profound and really cool, I mean the nightmare nightmare kind where it’s just awful, nihilistic stuff happening with a vague throughline and little to no catharsis.

So, why does this make the best-of list? Because even at its darkest, Mad God is ART, dammit, and great art, at that. Tippett’s craft is impeccable, and he uses it to great effect, creating a detailed world and layered media, mixing puppets, models, and, occasionally, stylized human actors. It lacks light, but never meaning, providing a bleak tour of a world poisoned by endless consumption and exploitation. Is it a lot? Yup. Does it belong in a modern art museum? Absolutely.

Beyond the Infinite Two Minutes

Beyond the Infinite Two Minutes is the heir apparent to One Cut of the Dead, the cult-beloved zombie comedy that charmed Fantasia audiences (and then everyone else) back in 2018. Like One Cut, the Japanese Beyond the Infinite is done in one single shot, and like Shin’ichirô Ueda’s movie, it very much feels like a low-budget labor of love that was lots of fun to make.

Beyond the Infinite Two Minutes follows cafe manager, Kato (Kazunari Tosa), who discovers a space-time wormhole connecting his apartment’s computer monitor to the TV in the cafe downstairs, which is two minutes in the future. Kato, and later, his friends, spend the film running up and down the stairs from the cafe to his apartment to talk to their future selves, eventually getting the bright idea to put the two screens directly in front of each other, creating an infinite loop that allows them to see the far future. This is, of course, when things move from fun to…um…less fun.

Beyond the Infinite Two Minutes, if nothing else, is proof that you can make an entertaining movie for next to nothing. The movie is about as lo-fi as it gets, but is made with such imagination and heart that it barely matters. The central group of goofy pals have sweet chemistry that keep things moving, and the ambitious feat of trying to shoot the whole thing in one go keeps you rooting for the film on a couple of levels, both the characters onscreen and the filmmakers trying to shoot them. It’s a delightful experience, held together with chewing gum, spit-shine, and moxie.