The visually impressive indie horror anthology gives a beloved character actor his due. 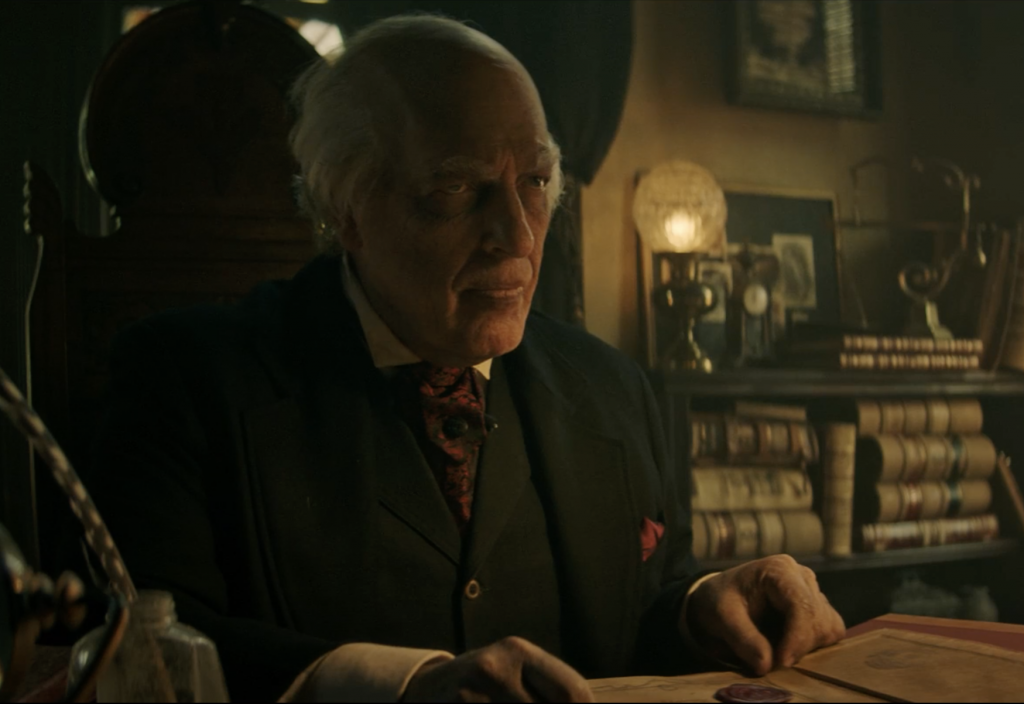 Do not come at the king. // Courtesy Fantasia Fest

Clancy Brown belongs to that special echelon of character actors who have done so much for cult entertainment that they deserve a lifetime achievement award. Granted, in Brown’s case his contributions are pretty broad—he’s got just under 300 credits to his name—but for genre fans, he’s more than just a dependable company player. He’s Kurgan, Rawhide, Captain Hadley, Lex Luthor, Mr. Krabs. He’s a star.

Ryan Spindell’s The Mortuary Collection has a fan’s understanding of Brown’s talents, as well as a voracious appetite for good storytelling. Spindell puts him front-and-center in an ambitious and impressively stylish horror anthology that also owes a lot to Mario Bava’s Black Sabbath, with Brown acting as the film’s Boris Karloff, serving in the role of storyteller.

Brown’s Montgomery Dark is an ultra-creepy small-town mortician. After officiating a funeral for a young boy, he’s greeted by Sam (Caitlin Custer) a plucky young woman who saw Monty’s “help wanted” sign out front and has come to apply for the gig of mortician’s assistant. To gauge Sam’s ability, Monty tells her a series of stories about the souls who have passed through the doors of the Raven’s End Mortuary, detailing not just how they died, but why. The stories include a pickpocket who encounters a Lovecraftian critter in a bathroom, a frat boy whose latest sexual conquest comes back to bite him, and a catatonic woman and her put-upon husband.

The stories are connected by Monty and Sam’s interactions, as he takes her through the mortuary and shows her how everything works, with each room becoming increasingly mysterious and unsettling. Brown is perfectly cast, using his resonant voice and imposing height to their full effect, while also in a costume and makeup that recall another freaky funeral professional, Angus Scrimm’s The Tall Man in Phantasm. The Mortuary Collection is strong overall, but it could be argued that without Brown’s presence, it might not sell as effectively.

The other uniting factor of The Mortuary Collection is its visual style. The movie is set decorated within an inch of its life, with extra creepy autumnal oomph courtesy of Final Girls and Stranger Things alums Elie Smolkin and Caleb Heymann, both of whom know their way around a vintage-style spookfest. The mortuary has more fun details than an I Spy book, with a taste for old-school furnishings and fashion that will please anyone who’s spent time combing estate sales for weird treasure.

Spindell’s stories are fun, too, bringing to mind classic Alvin Schwartz-style spine chillers, complete with ironic twists and poetic justice. One story packs in so many tragic turns it becomes sickly comical. In all of them, Spindell delights in the mechanics of storytelling, starting out simple, then playing with audience expectations, and finally reaching a sleight-of-hand crescendo during the film’s climax.

The Mortuary Collection is perfect Halloween season viewing, and a tasteful ode to its many influences, which Spindell blends together like a poisoned pumpkin spice frappuccino. Its greatest influence, however, may be Brown, who runs the movie as if he owns it. The film is an amazing starring vehicle for an actor who has long deserved it. His authority, enjoyment, and commitment reflect the ethos of Spindell’s entire film and elevate the enterprise even higher. 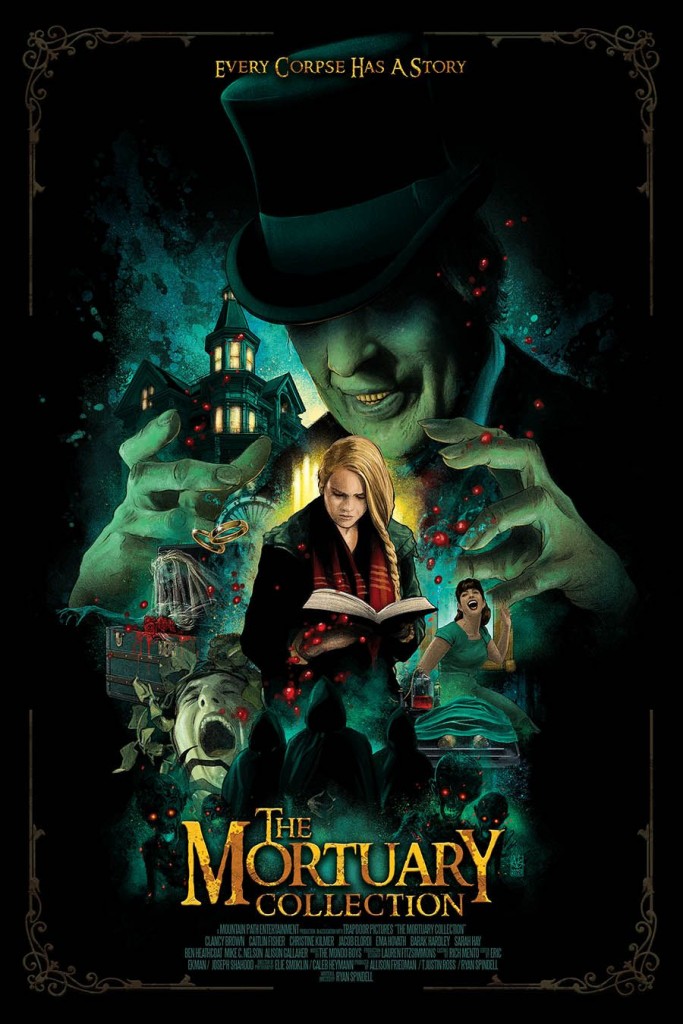