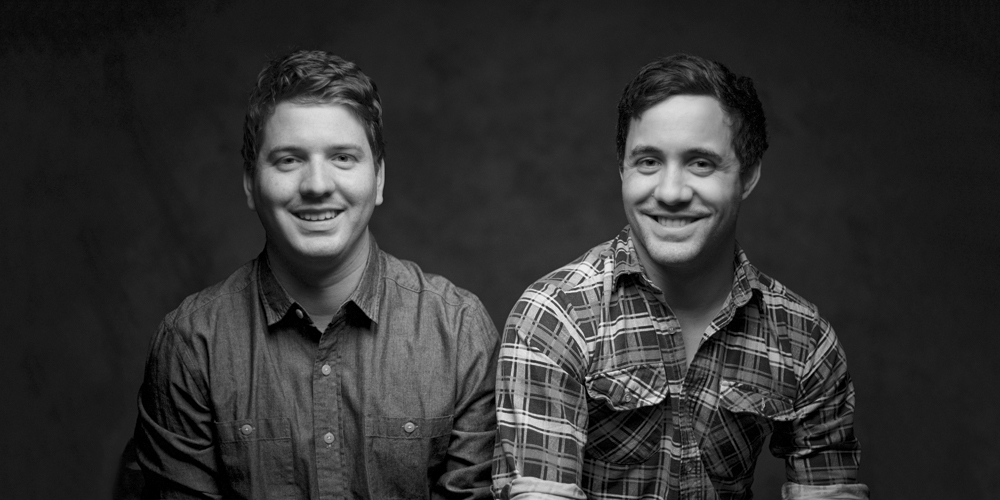 Jacob and Ben Burghart are Kansas City-based filmmaking brothers who hit the horror film festival jackpot with their latest short, Suspense. The film was accepted into this year’s all-online Fantasia Film Festival, a stalwart of the independent horror filmmaking scene.

Suspense is a seven-minute film that stars Kansas City actor Jelani Talib (recently seen as Carlton in KC native Morgan Cooper’s viral short Bel-Air) as a paratrooper whose chute gets tangled in a tree. Stuck in a strange forest in the middle of the night, Talib’s character has to figure out how to get down and find his buddy, Dave (Robert Coppage), while also trying to fend off a mysterious howling creature.

In addition to Suspense, the Burgharts are also developing a full-length film, Follow the Leader, about a group of kidnapped executives who wake up in an abandoned mall. I spoke with the Burgharts about their experience shooting Suspense, their hopes for its performance at Fantasia, and their planning process behind that film and Follow the Leader.

Looking at Suspense and at the concept art for Follow the Leader, it feels like there’s a pretty specific aesthetic at play in your work. What filmmakers, experiences or other inspirations have helped determine how your style is evolving?

Jacob Burghart: I think we like very visual storytelling as much as possible. If you can watch it on mute and still understand and have fun watching it, that’s what we kind of want the experience to be.

Ben Burghart: When we started making films, we were 8 and 10 years old. We couldn’t act. It was “What can we tell visually?” We learned that it makes everything we make more universally understandable. Also, we’re both graphic designers, and that plays really heavily into how we work, especially when it comes to title design and graphics we throw into the films we make.

What interests you about working in the horror genre? What made you decide that these are the types of films you want to make?

Jacob: When Ben and I started, we weren’t big horror fans. When we did our first 48-hour festival, it was horror-themed. We just wanted to make a short film. We started doing short festivals, and they were usually horror-themed. We were getting more and more into horror because we wanted to make these films. Once you start cracking open the genre, you find so much experimentation, and the fans are really supportive.

Ben: What’s cool with horror is that it welcomes high concept ideas. If you’re a filmmaker starting out, and your resources are low, your options of what people will watch if you make them are pretty narrow. They’re not going to watch a rom-com unless there’s a famous cute person in it. They’re not going to watch a low-budget sci-fi movie if you don’t have the money to make the world look real. Horror is so vast. When an audience watches a horror movie, they’ll accept so much more, and that’s really cool for us because we like to experiment and embrace the medium of film.

Jacob: Also, what makes horror so interesting and powerful is that social issues are so much more deftly integrated into the story. Get Out is one of the best recent applications of that, but it goes all the way back to Last House on the Left, Night of the Living Dead and Dawn of the Dead. Ben and I are big Twilight Zone fans, so we think about how to twist audience expectations, subvert things, sneak in social commentary, and play around visually as much as we can.

How long did this film take to produce?

Jacob: In the summer of 2018, Ben and I were sitting at Westport Coffee Shop, and we thought about shorts we could submit to festivals while we were trying to get Follow the Leader made. He mentioned the guy stuck in the tree in the parachute.

We had another day set for August 8, 2019, a year ago. The weather again said it was going to rain, but it might clear up. While we were rigging lights, it was sprinkling, and then it finally cleared up. We finished editing it that winter, then started submitting the beginning this year.

Jacob: There were bugs, ticks, spiders, gnarly stuff. At one point at the end of the second day, it was down in this gulch, Wakarusa valley area. It was exhausting. The second day, I was carrying a generator uphill out of the woods through the mud, and just threw up as I was walking. Our producer cut his thumb completely open, like a two-inch gash. It was wild, but we got it done.

Ben: [laughs] They were the only guys who got hurt, though, everyone else was fine.

The way Suspense looks and feels reminds me of this aesthetic that’s kind of having a comeback, and I’m not sure what to call it. Maybe it’s vaporwave? Kind of a retro grime? I think there’s a lot of it in indie music and film right now. What do you think accounts for that?

Jacob: We’ve thought about this so much. There’s that 30-year cycle of how the 70s was big in the 90s, the 80s came back in 2010s. That cycle seems to be breaking down. We should be morphing into the 90s. If you look at fashion, it’s kind of happening. But in film, it still seems like we’re stuck in the 80s. People are obsessed with that aesthetic because there’s the nostalgia aspect, but also a craft to it. When you see something shot on an anamorphic lens, it harkens back to when film production wasn’t digital and therefore took more effort to get made. It’s kind of a subliminal clue to people that this has more production value than something shot purely digitally. It also made sense for this short because we were trying to mimic a bit of that Apocalypse Now film grain, deep reds and greens, and a smoke-colored look.

Ben: We didn’t go in thinking it would be set in a different time period. Like, initially, it was just “anyone in a parachute.” Eventually, we were like how do we make this more interesting? What if the main character was in the military? What if it was set in the past to make costume design more interesting?

Jacob: I think the 80s aesthetic is popular because of lighting, too. A lot of cinematographers want to think about lighting moods, and neon is such an easy way to get emotion across. That’s why everything for a while was pink and blue neon. You can blame Drive a bit for that. Follow the Leader is going to be set in a dead mall, not super-neony, but there are bits of it in there, too.

Looking at the concept video from Follow the Leader, it reminded me of going to movies at the old Glenwood Arts theater in Overland Park, the one that was actually in a dead mall, where you go inside, and it’s like you’re entering a time warp, but in a creepy way, not a cool way.

Jacob: When we finally get to make Follow the Leader, a big part of that movie is about nostalgia being bad, and how it kind of warps your mind. The characters wake up not in a Stranger Things beautiful mall, but in a dead mall, like a coffin of the 90s, and nostalgia is a ghost gasping for breath, not a shining pretty object. That’s something we’re probably going to explore a little in anything we write in the future. Kind of the uselessness of nostalgia.

The music in Suspense adds a lot to the atmosphere of the movie, too. How did you decide how to score the film?

Jacob: We got in touch with Zach Robinson, who composes for the YouTube show Cobra Kai. He had this cool inspiration with the (Riz Ortolani) music from Cannibal Holocaust, the cheery folk music that comes in over this miserable gore moment, and it’s so unnerving. That’s how he came up with the harmonica playing at the very end of the film, to end it on a subversive musical note.

Where are you at in development for Follow the Leader? What do you hope your exposure at Fantasia will do to help that process along?

Jacob: We want to use Fantasia as a way to make more connections. You only have one chance to make your first movie, and part of us wants to wait and make sure we can make it right. Ben and I and our partner are writing another movie that we could make for less. If we can budget a movie for a fraction of what Follow the Leader would cost, and jam it out in 25 days and get it with a smaller distributor, that’s much more attractive to financiers.

The glamorized way is that your two-minute horror short goes viral, like Lights Out did. That’s not a realistic way to get a movie made, but it is possible. We did a Kickstarter for Follow the Leader, and that got us some money, and that’s still helpful. But Suspense getting into Fantasia was a great step forward for everything.

How is your dynamic working together as brothers? Do either of you have a particular area of filmmaking that you consider your strength? How do you shoot as a team?

Ben: It’s definitely not a segmented process. It’s very much throwing ideas at each other, and they constantly get shot down. Because we’re brothers, if a friend came at you with a bad idea, you might let them down softly. As brothers, a bad idea goes down in a blaze of glory. That applies to editing, shooting, casting, everything

Jacob: We have a checks and balances system built-in. Ben has acted a little in some of the shorts we’ve done, and I’ve shot some of our older shorts. I’m more behind the camera, Ben’s more talking with actors, but those two things will switch. We’re lucky we get to make things this way. 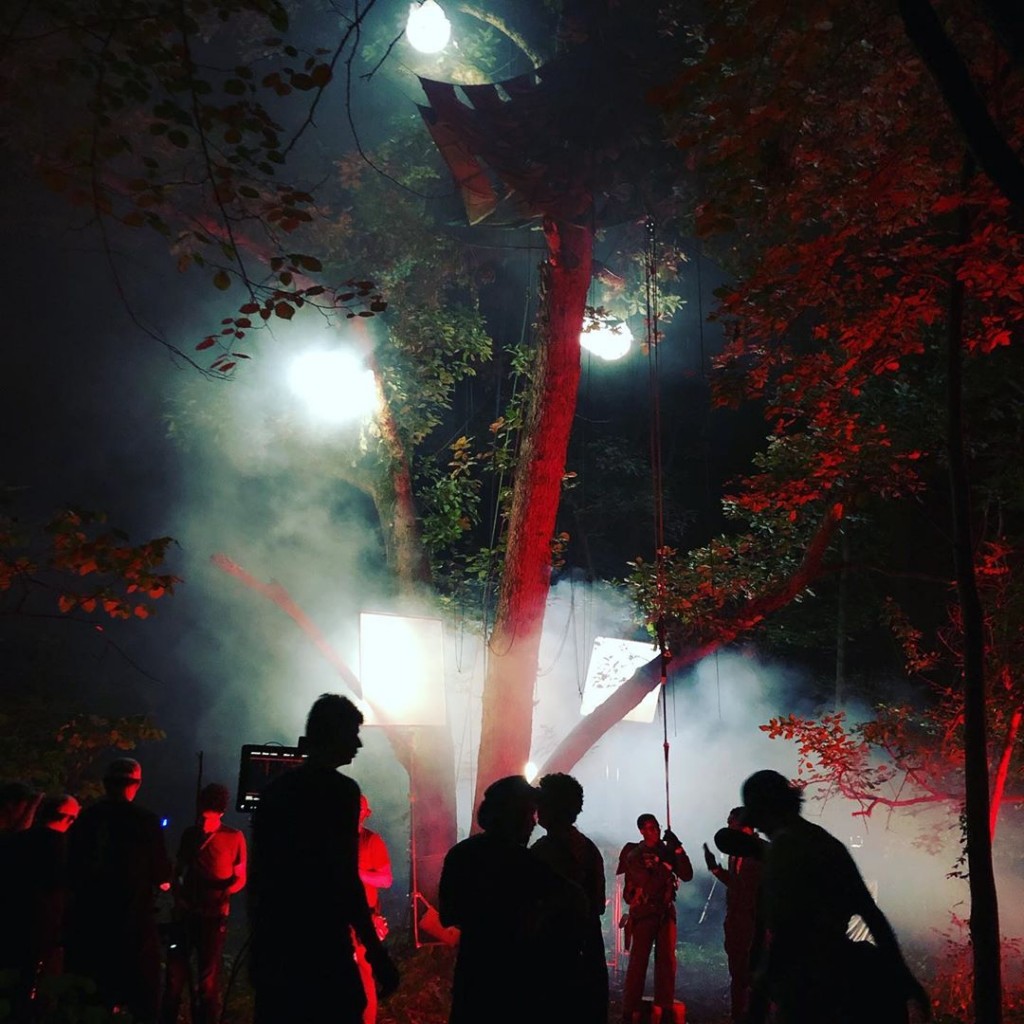 Behind the scenes on Suspense. // Courtesy Jacob and Ben Burghart