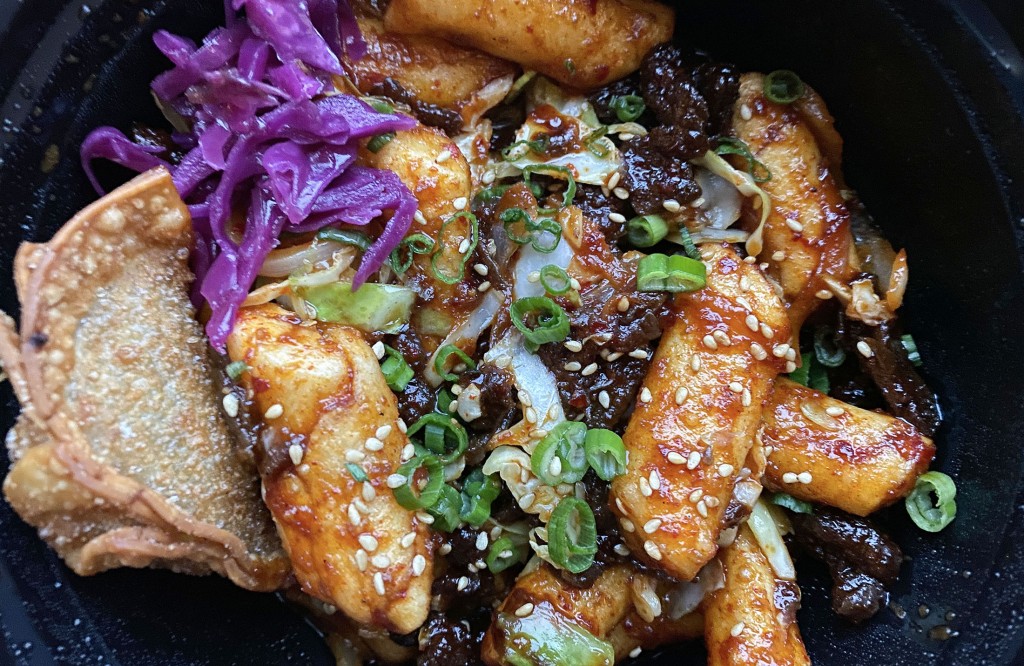 When Sura Eats was in its infancy, its pop-ups would inspire Instagram frenzy. Chef Keeyoung Kim’s street food-inspired dishes, including bibimbap surrounded with colorful veg and pickles, crispy flash-fried dumplings, and bright orange kimchi fried rice, were beautiful and even novel in a city with distressingly few Korean options. Importantly, they were richly flavorful and decadent, which hasn’t been lost since Kim opened up a stall at Parlor Food Hall.

The first several months at Parlor were feverishly busy—a reality completely halted by the pandemic. Yet many of the chefs there, including Kim, have kept their heads down in order to survive. But Kim is more than just surviving—not only is his food as good as it has ever been, he has spent the last several months innovating and testing dishes. That testing resulted in a new pop-up open at Parlor through April. Sura Noodle Bar offers Korean-style ramen, popcorn chicken, and more. Don’t sleep on that, to be sure.

Our perpetual favorite, however, remains the rice cake. If you’re not familiar with Korean rice cakes, it’s more like pasta than the depressing diet food that Americans know by the same name. Thick, chewy dough made with rice flour is made into a tube shape, cut into slices, and then boiled to cook. These super chewy tubes are then tossed with spicy, sweet gochujang-drenched sliced beef, vegetables, and of course, pickles. The dish offers loads of chew, tons of flavor, and all the comfort you could ever ask for.