Sura Noodle Bar and Smoke n Seoul are here to wrap you up in Warm Korean comforts. 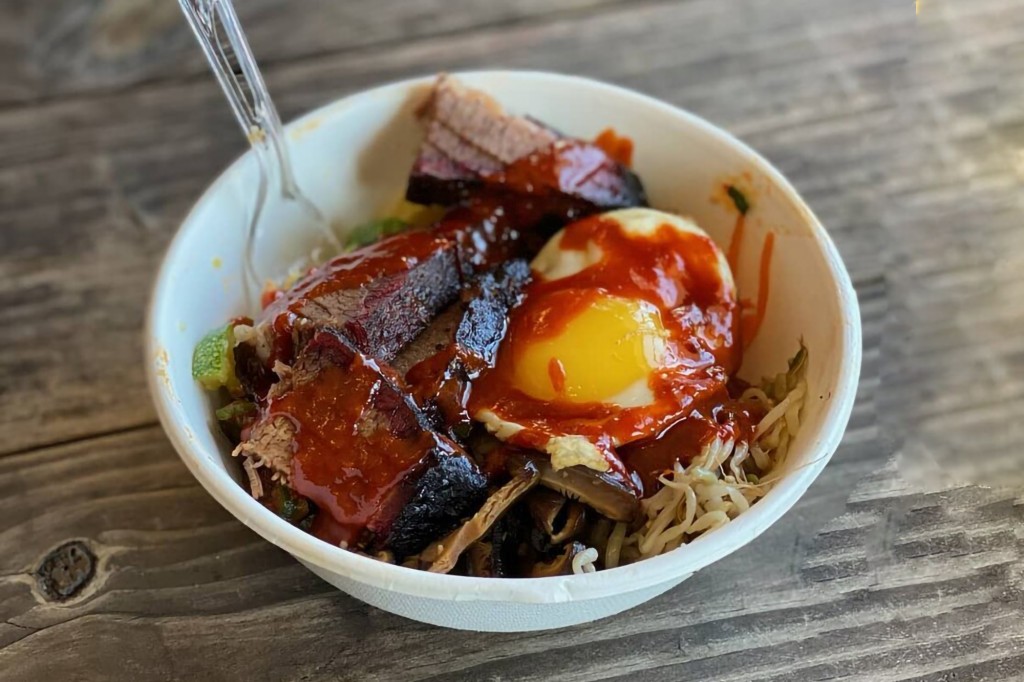 Worth checking out: Sura Noodle Bar and Smoke n’ Seoul

Just in time to battle the aggressive persistence of February cold, chef Keeyoung Kim is ramping up his selection of snacky, filling Korean comforts – all of which are designed to warm you up. Beginning February 4 at 11 a.m., Sura Noodle Bar will begin a three-month pop-up at Parlor Food Hall (1707 Locust Street), just a few stalls down from Kim’s flagship concept, Sura Eats (a personal favorite). Sura Noodle Bar will specialize in Korean street food-inspired noodle dishes, including tributes to the beloved Shim Ramyun (an addictive, super spicy instant ramen), chicken Kalguksu (chicken soup with hand-cut noodles), and Korean popcorn chicken. 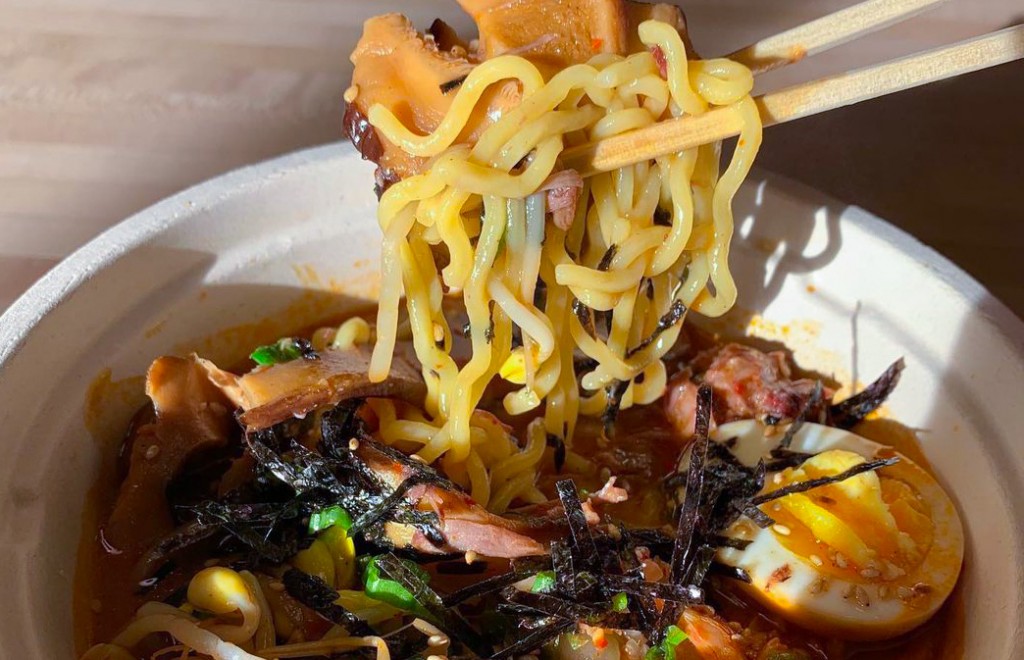 Kim’s decision to launch the pop-up was almost spontaneous. When a stall recently opened on the second floor at Parlor, management approached Kim with the idea to more formally offer some of the special items he had been experimenting with for his Tuesday specials, including a variety of noodle dishes.

“[During ‘Taste Test Tuesdays’] we did soups, noodles, and some other fun dishes, but every time we did noodles, we would sell out more quickly than others,” says Kim in a press release. [This] sounded like a great opportunity.”

One dish I’ve tried this winter and can vouch for with arms up in a praise position is the Shin Ramyun-style pork ramen. The super savory, spicy, steamy, makes-your-nose-run-in-a-happy-way noodle soup comes with a generous serving of pork belly, a heap of pickled kimchi, marinated shiitake mushrooms, roasted gim (seaweed), a salty soy-marinated egg, and chili-sesame oil. What I want to try next: Korean-style fried popcorn chicken in a soy-sesame citrus with a garlic-chili mayo dipping sauce. There is also a vegetarian-friendly mushroom ramyum option available (pictured above). 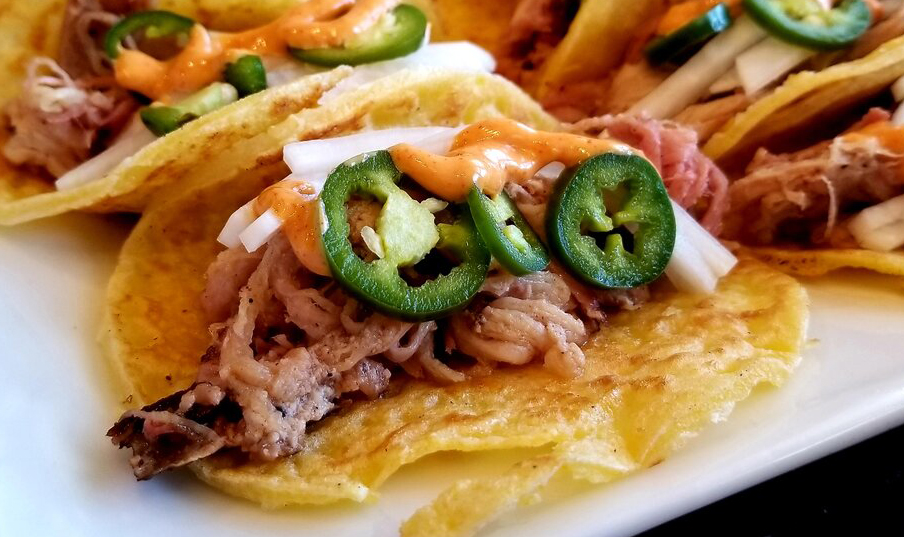 Not brand new but new to me is Smoke n Seoul, a local food truck whose raison d’etre is marrying the flavors of Kansas City barbecue with Korean street food. Over the top flavor, meet your new best friend, slow-smoked meats. In operation for nearly a year now, Smoke n’ Seoul offers items like gochujang-honey smoked chicken wings, brisket bibimbap, and Korean smoked pork tacos. Then there’s the Kimchi-Q sandwich: pulled pork and sauteed kimchi are heaped with crispy fried onion straws, then served on spicy-mayo slathered brioche bun. Good night, as my grandfather would say. 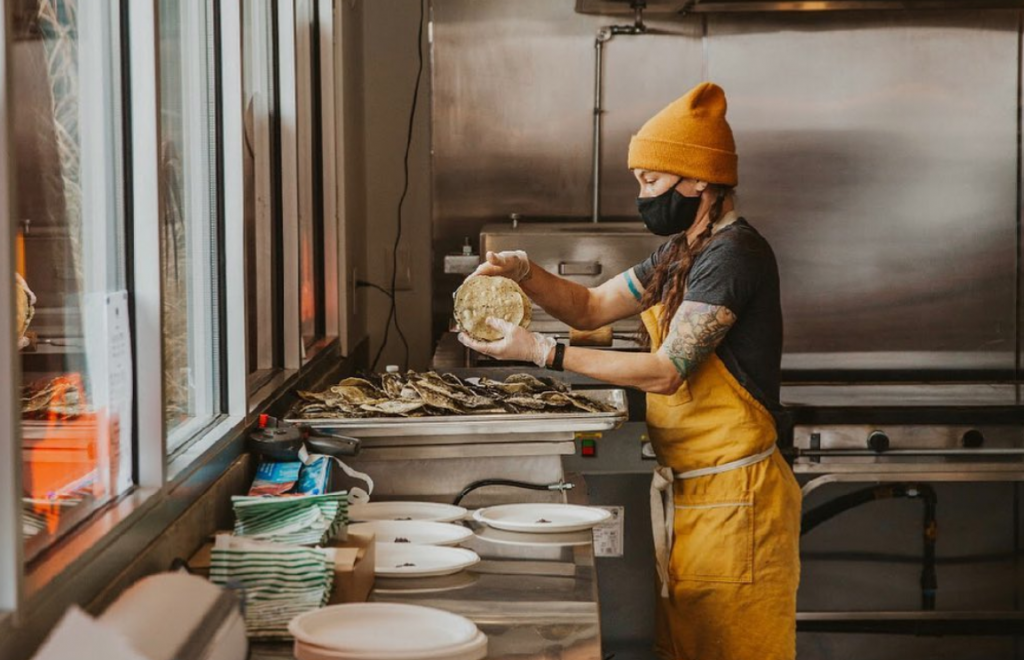 This weekend: A mole pop-up at Yoli Tortilleria

For the past few months, Yoli Tortilleria’s westside location (1668 Jefferson Street) has hosted intermittent weekend pop-ups, featuring some of the city’s best-known chefs making one-off dishes. This weekend, chef Rachel Rinas (who recently joined Yoli as its Operations Manager) is serving up house-made mole – the quite painstaking to make and incomparable to eat specialty Mexican sauce. Beginning right at noon, you can pick up Rinas’ turkey mole enchiladas and turkey mole drumsticks. Yes and yes.

Rinas, who readers may remember from Karbon in Parlor Food Hall, has been working on this particular batch of mole for days. Keep an eye on Yoli’s instagram feed for tempting photos ahead of the event on Saturday. 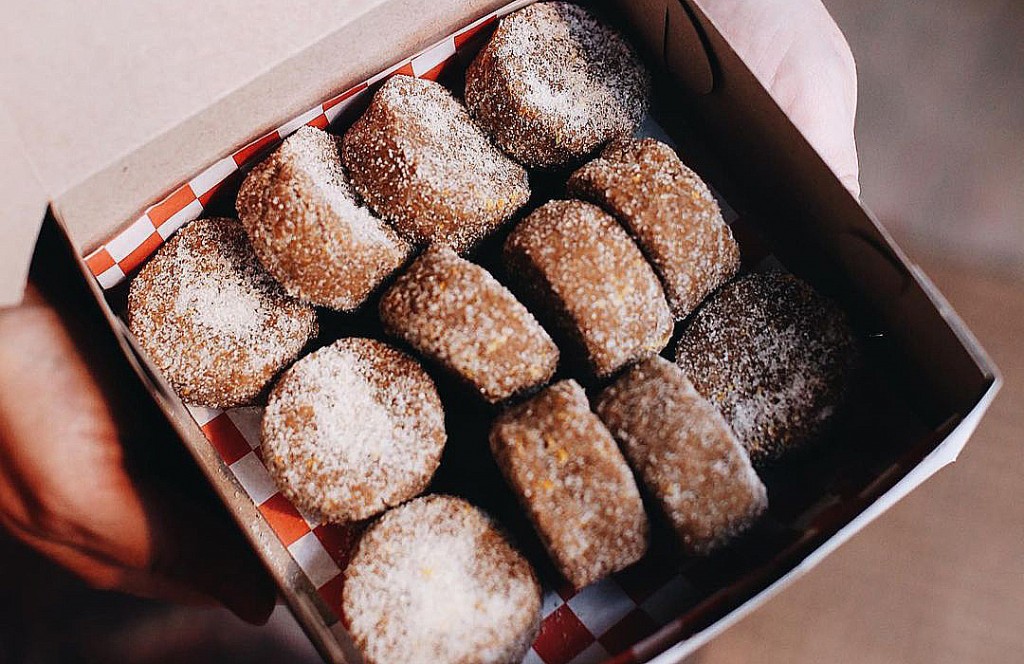 One more one-off: Carryout from the Campground

This Thursday only, the Campground (1531 Genessee Street) is offering a not-to-be-missed menu for takeout. The restaurant has been closed to the public since December (with plans to reopen in a limited fashion next month) but is offering a one-time-only selection of ready-to-eat and take-and-bake items. Pick up a broccoli-cheddar pot pie to reheat at home, a vegan acorn squash curry, cheese, and charcuterie boards, chicken pot pie, and much more. View the menu and place your order in advance here.