Costco and the craft beer market 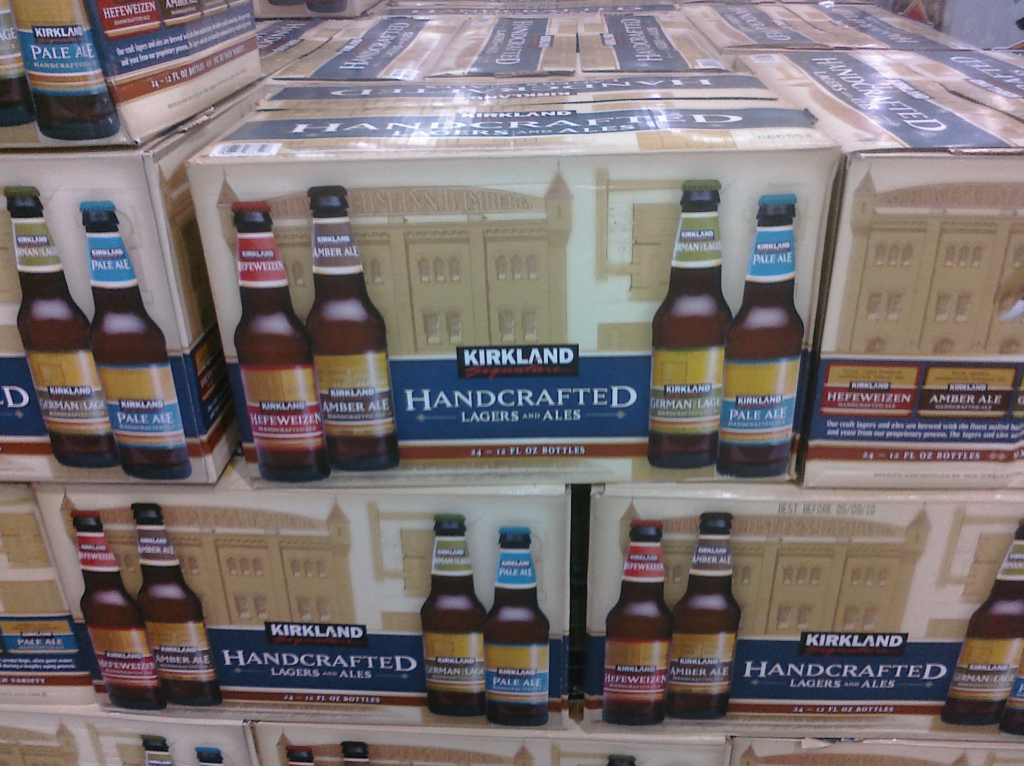 Is it still a craft beer if it’s made and sold for a warehouse club?

That’s been the debate since Costco introduced a line of Kirkland (its in-store brand) handcrafted beers in 2008. The mixed case of four six-packs (Pale Ale, German Lager, Hefeweizen, Amber Ale) for $18.99 has returned to area stores.

While Costco hasn’t said which brewers are contract-brewing the beer, it’s widely thought that Gordon Biersch (it’s a California brewery in addition to the brewpub you may know from the Power & Light) is producing the six-packs for the West Coast, while the East Coast and Midwest are receiving bottles from the Matt Brewing Company (makers of Saranac) in Utica, New York. The Costco packaging says the beer is produced by the New Yorker Brewing Co. based out of Utica, and the Matt Brewing Company is the only brewer in Utica — hence the prevailing wisdom that the Saranac brewer is also contract-brewing the Kirkland line.