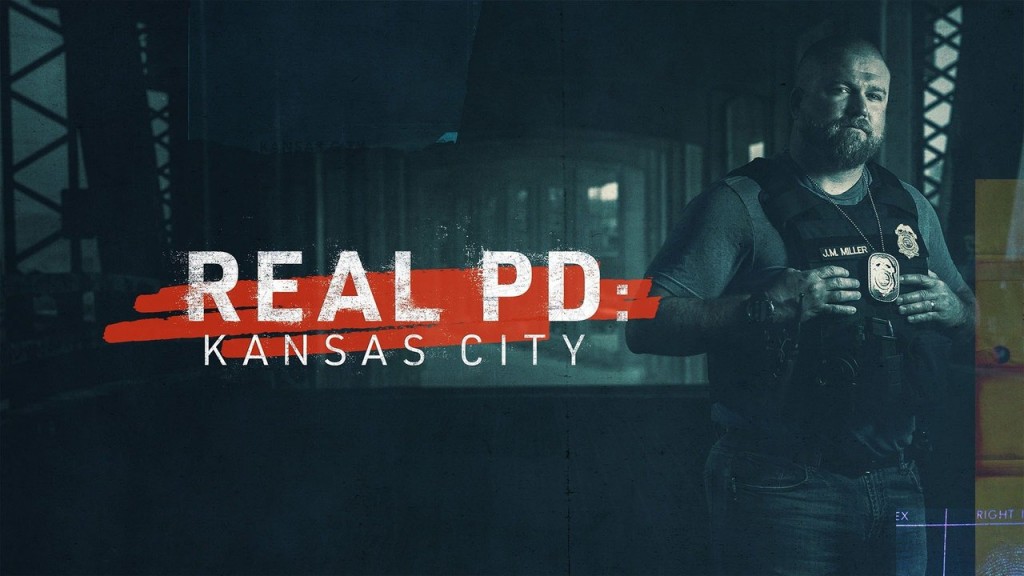 Kansas City police are giving the world a look at how they work via a docuseries on Investigation Discovery’s network.

Billed as 100 cameras embedded with police officers, episodes of Real PD: Kansas City were filmed in Kansas City, Kansas in 2019. The show’s stated intent is to display what it takes to solve a murder case, from a 911 call to final arrest and charging.

“Real PD: Kansas City follows full-scale manhunts, captures dramatic arrests, and tracks guns from crime to crime, to see the full scope of what it takes for local authorities to solve a case, make the arrests, and bring the suspects to trial,” the news release says.

2019 as a filming period makes sense in terms of a production like this. A multi-year lead time for reality procedurals is a fairly common practice, as that timeline allows the cases to go to court, and therefore the show can include follow-up information about convictions, sentencing, and/or exonerations.

In this case, it also predates the large-scale citywide call for KCK’s police to be investigated and restructured amid a nationwide movement to re-evaluate policing policies on every level.

At KCKPD alone there are cases outstanding including former detective, Roger Golubski, who is accused of using his badge to exploit and rape vulnerable Black women. In recent years, one officer plead guilty to assaulting a cadet, and another officer filed a lawsuit claiming she faced sexism and discrimination.

Which makes the launch of a show celebrating KCPD all the more baffling.

What does Real PD: Kansas City hope to accomplish?

On more than one occasion, I’ve discussed the entertainment medium of “copaganda,” with both my fear and fascination driving me to engage further.

In the summer of 2020, I wrote a lengthy piece about how Live PD, more so than Cops, was pushing a number of narratives that ranged from the misguided to the dangerous.

The show, which ran three hours a night, two nights per weekend, often promoted itself by showing chain restaurants full of white people having cheering watch parties—a gladiator battle to be shouted for over $1 Long Island Iced Tea night at Applebee’s.

The day my article ran, both Live PD and Cops were cancelled. At least for the next 16 months.

Both have recently returned in some form, with Fox moving Cops to its streaming service, and Dan Abrams starting his own network, which announced that its nightly news broadcast would be “pro-police,” and his co-hosts for the program appear to be mostly the same officers who guest hosted Live PD.

To be clear, I find that bookending your police show with broadcast news segments is vastly more screwed up than just hosting a broadcast from body cameras. We can unpack those broadcasts on a different day.

What those shows have always shared is pushing a narrative that they exist, not to let viewers laugh at poor people or addicts, but rather to provide police accountability. To show the community that police are not only the good guys but that they handle all situations in a level-headed way, and are usually a few jokes away from letting someone go with a warning. The police are your friends, and if you just do what they say everyone will just be a person and no one will have to do any yelling or tasing or shooting.

The transparency idea is such bunk that Abrams did one interview at the launch of Live PD, where he failed to answer the questions presented around it so poorly, he never did another direct interview about the show again. It’s a fantastic listen if you’ve got the time.

So, in a city like ours, with a sky-high unsolved murder rate and numerous scandals plaguing these departments, why would KCKPD choose to have a TV program shining a national spotlight on their work?

In various statements to the media, the department’s police chief said there was no agenda, but he hopes people see they are interested in transparency.

This is simply not in pursuit of providing more transparency—that thing police departments notoriously love volunteering to do. This is about trying to change public perception and alter a narrative, at a time when police need to create their own media to sugarcoat the stories that traditional media—and a generation of new data trackers—are presenting in their place.

One of the show’s episodes highlights the 2019 double homicide at Edwards Original Corner Market & Deli. Dennis Edwards, the well-known owner of the market, and Lachell Day were shot and killed. Jermelle Byers later plead guilty to two counts of felony murder in the shooting.

Within the show, the police surround the deli and establish a line of communication with Byers. He’s called them to say he doesn’t know why he shot his girlfriend, but he did it. He just wants to find a way to turn himself in without being shot. He’s calm, if confused by his own actions, but is trying to make sure he is taken into custody without injury.

Real PD: KC shows him beginning to exit the store then does a quick cut to a few minutes later. In the time that we don’t get to see, Byers has been shot by a sniper and run back into the deli.

Byers calls the police again, and with equal calm as before—despite, again, having just been shot by a sniper—and reiterates he is trying to surrender without being shot. There’s another large edit here, and we are told he is taken into custody.

This double homicide is not a case that I’ve studied at length. I’m not trying to discuss the events themselves, the people involved, the victims, or what comes next in the lives of those involved. What I need to shine a lighthouse-powered spotlight on is that this is how “transparency” is handled in a show claiming to exist solely for that purpose.

We can hear a man trying to turn himself in without being killed. The only parts of what follows that we do not get to see on screen are him being shot, and then how he is finally taken into custody.

Even if we were avoiding the display of a shooting on cable television, no explanation is offered for how or why he was shot. He just found a bullet in him, and we move on.

Across the entire first season of the show, these are the sort of gaps in presentation that accidentally reveal the show’s true purpose.

If you don’t stop to interrogate exactly what’s blatantly missing—or if this story has been shared lacking other external details—then as a viewer you would walk away thinking, “Wow, everyone involved did a great job,” rather than examining how a complicated issue was handled and asking, “Did it really have to go that way?”

The twist at the end here is that I’d actually prefer that Real PD: Kansas City stay on broadcast television, because what’s coming next is significantly worse for even the half-hearted attempt at accountability served as entertainment.

After seeing the reaction that people had to shows like Live PD, police departments around the country have started their own video production centers, hoping to create a constant stream of local content.

Miami’s police department kicked this off in early 2021, and across the nation other departments are quickly following suit.

When the pervasive amount of police footage in recent years has come from videos streaming of people being arrested, shot at, or beaten during protests, cops realized that they needed to be able to flood these same social media channels with their own content to counteract the footage they couldn’t control.

In January, Buzzfeed News embedded a reporter with the media department that’s blossoming at the KCPD. [Our own Chase Castor shot photos for this story.] The creation of these materials have goals ranging from increasing recruitment to making the community feel like they know these officers individually.

The parasocial cult of personality around co-hosts on Live PD even lead a sheriff from Oklahoma to dating musician Lana Del Rey for a year. If it can work on Lana…

[Additionally, perhaps we should be fixing our mess of a police academy system locally before putting effort into recruiting new officers.]

This brief excerpt from the exceptional piece highlights the landscape of what KCPD is using each social media channel for. The person editing the videos says he’s often complemented by fellow cops by making their footage look like Live PD. You’ll notice that across the board here, you won’t find the “T” word that is accompanied by so many press releases.

In posting dozens, or hundreds, of hours of content on a regular schedule, police departments are essentially turning themselves into multimedia publishing platforms. They use Twitter to break the news, Facebook Live to give press conferences, Nextdoor to track and respond to neighborhood issues, Instagram to defuse tension with positive counterprogramming, TikTok to reach Gen Z, and long YouTube videos to provide ongoing entertainment and “education.”

In the absence of national programming that served a similar end, police departments are now making their own TV shows about what heroes they are, editing everything themselves, and actively working to flood social spaces with counterprogramming to real-world documentation of their work.

As I said above, I doubt we’ll see a second season of Real PD: Kansas City. Why would they give any level of control to a media company—albeit one fully on their side—when they can make the exact same product, and more of it, in-house?

So what did Real PD: Kansas City hope to accomplish? The same goals as what comes next, but certainly not anything as targeted and bizarre as the KCPD TikTok channel.