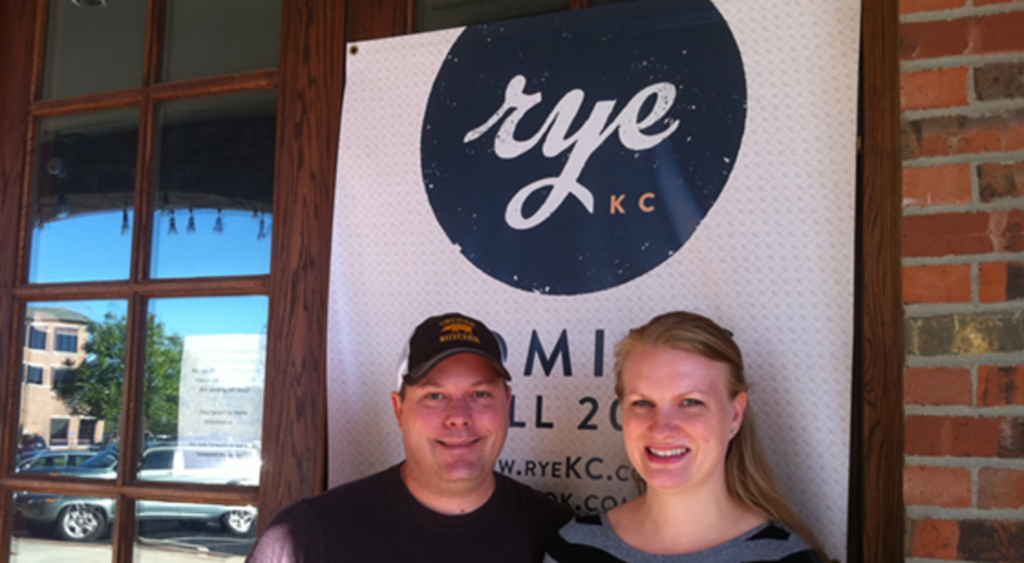 A power washer sits next to a pink tricycle in what was once the dining room of the Lakeside Tavern, in Mission Farms. This occasional play space for two children is in the midst of a serious renovation. Just after 9 a.m. this September Monday, chef Colby Garrelts lifts the hood of an Old Hickory smoker — a loaner from Oklahoma Joe’s Jeff Stehney — and looks around a kitchen still two months from being used.

“You just have to make good food,” he says. “It’s not rocket science.”

His wife, Megan Garrelts — pastry chef and, with Colby, co-owner of the restaurant Bluestem — points to the white wall that separates this room from the dining space where their kids have amused themselves. The wall is coming down, making way for an open kitchen with a chef’s table. The couple and their partner, Kim Cooley, want the kitchen to be a focal point here at Rye, the restaurant they plan to open in mid-November.

The new venture caps a busy 12 months for the Garreltses. *Bluestem: The Cookbook (the couple’s first) arrived last November; an extended kitchen-management gig with Park Place’s Trezo Vino ended when that venue closed in March; and 2012 was the fifth year that Colby Garrelts was a finalist in the Best Chef: Midwest category at the James Beard Awards. Fat City caught up with the two to find out the latest with Rye.