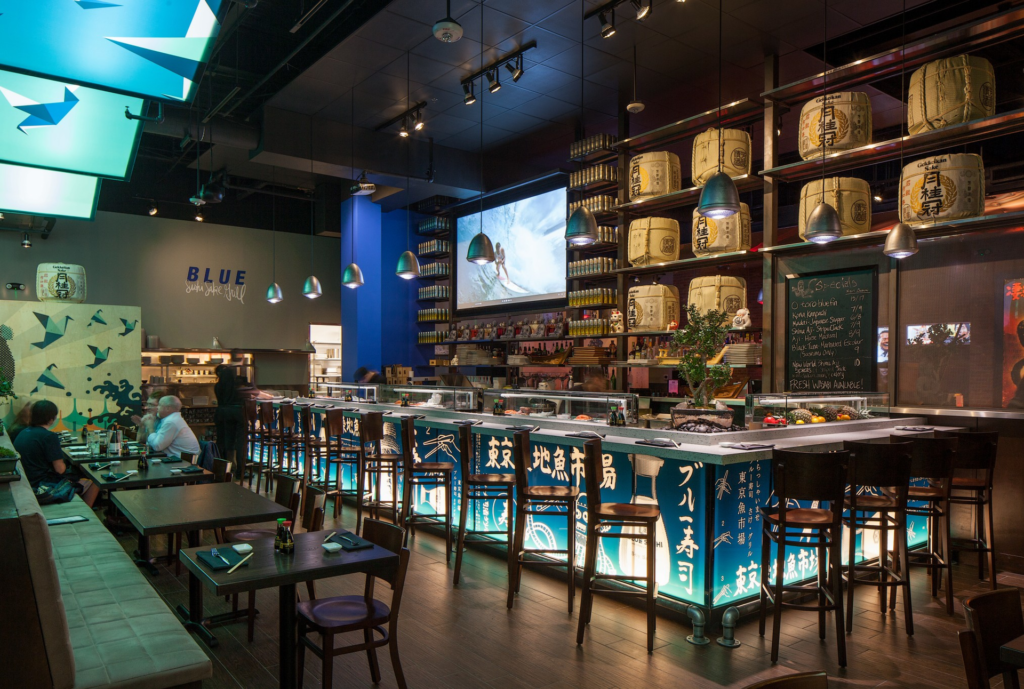 A fast-growing, Nebraska-based chain of sushi restaurants, Blue Sushi Sake Grill, tentatively plans to open its first Kansas City outpost next spring in the Woodside Village development near the intersection of Rainbow and County Line Road.

The first Blue Sushi Sake Grill opened in Omaha in 2002. The Kansas City venue will be the ninth restaurant in this chain, which has four restaurants in Nebraska, two in Colorado and two in Texas.

Alyssa Harker, publicist for the owners of the sake restaurants, Flagship Restaurant Group, confirms that there are plans to open more Blue Sushi Sake locations in  the metro.

When asked how these sleekly mounted maki manors are different from any other sushi restaurant in the city, Harker says, “We have a very large, curated selection of the highest quality.” Expect the traditional maki, sashimi and nigiri choices. In addition to a full bar and a cocktail list, Blue Sushi Sake Grill plans to offer 11 varieties of sake.

“We even have a sake meter value,” Harker says, “so patrons can choose a sake closer to their liking, whether that be very sweet, very dry or something in between.”