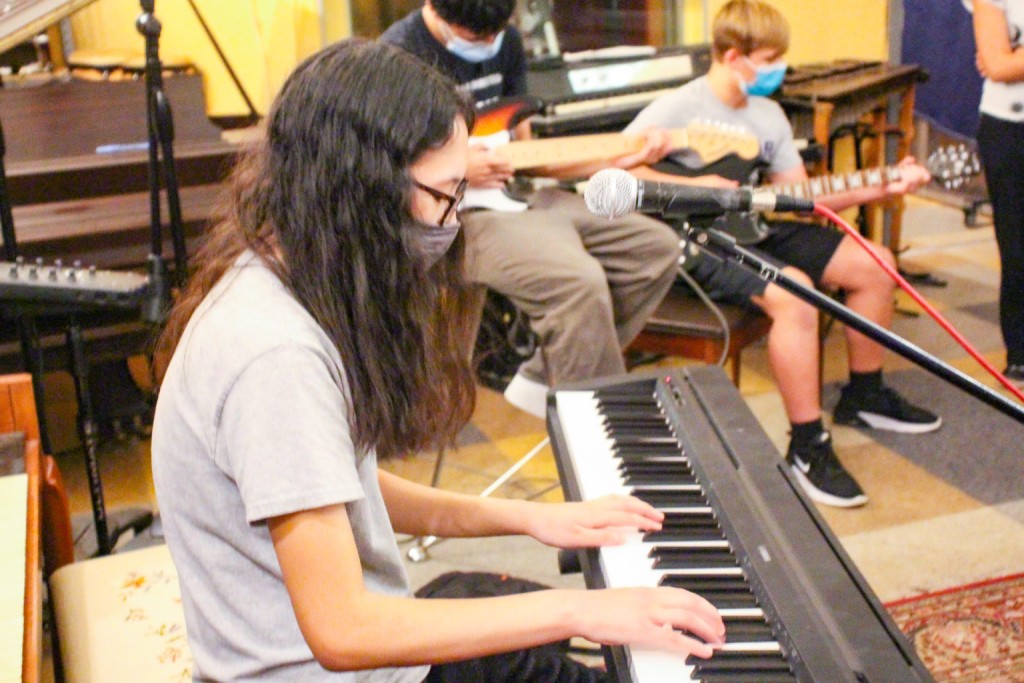 Enrollment for The Rebel Song Academy’s Ignition Camp is officially here, opening the door for entry-level, youth musicians to collaborate and bond over a week of musical learning.

This introduction to the songwriting process will see students creating original songs, crescendoing with a full-on stage performance during Future Stages Fest at The Kauffman Center.

Two Ignition Camp locations are available to attend: The Lab (8001 Newton Street), and the Art as Mentorship offices (300 Gladstone Blvd). Class is in session from June 6-10, starting at 9 a.m. and running to 4 p.m. each day. The final performance will then follow come June 12.

The Rebel Song Academy recommends potential students ages 12-18 apply, with selection occurring based on skill level, needs, and demographic information. Registration closes June 1, so be sure to sign up here.

Ignition Camp falls under the umbrella of The Rebel Song Academy, a 12-week camp that aims to strike a chord in Kansas City’s musically talented kids. Its purpose is to not only widen the musical capabilities of its students but also to help pave the way for a career in tune-playing as well.

Both camps exist as programming offered by Art as Mentorship, a music-focused organization started by Making Movies guitarist and vocalist Enrique Chi. Art as Mentorship got its start as an afterschool music program for under-served areas before blossoming into a music hub in 2017. Ignition Camp is just one of many ways the organization is building a rumbling foundation of next generation musicians in Kansas City.