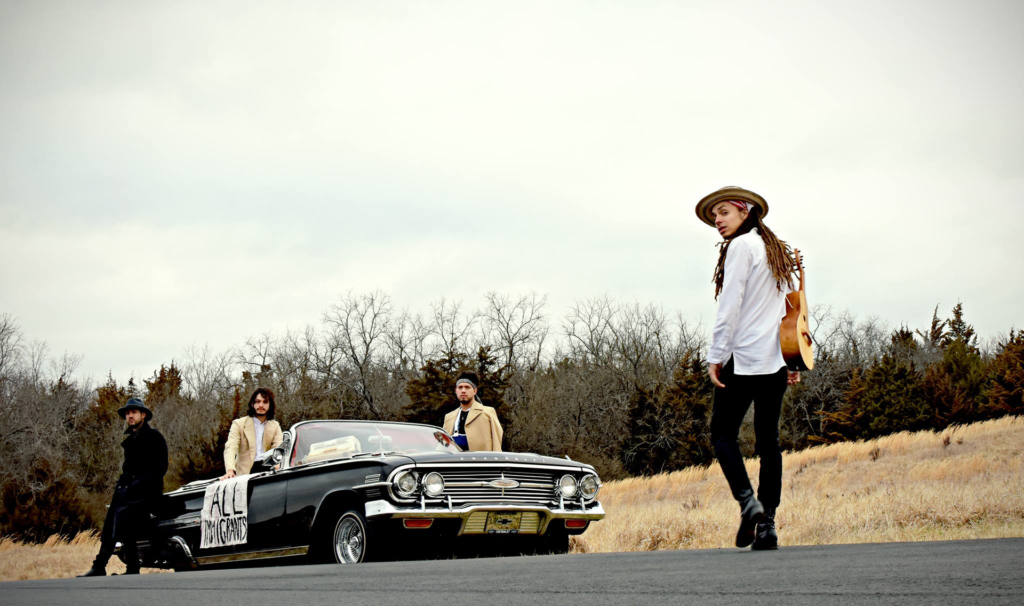 New Year’s Eve is a chance for a band to go big and try something more grandly spectacular than most might be willing to go for on a regular old Monday night. Such is the case for Making Movies, KC’s long-running Latinx alternative act. On New Year’s Eve, at the Truman, the quartet will team up with Calvin Arsenia and other locals at midnight to perform their interpretation of Talking Heads’ 1980 album, Remain in Light, in its entirety. (Making Movies, Arsenia, and dream-pop act Reptil will all play individual sets prior to midnight.) I hopped on the phone with Making Movies’ frontman Enrique Chi the other day to chat about it.

The Pitch: Why Remain in Light?

Enrique Chi: The decision actually came very easy. We were thinking of doing something different. We like to make every show feel like it was worth buying a ticket to it, like, “I got to see something I would never see otherwise.” So, we were trying to think with different ears, and we thought that it would be fun to take on a classic record and, maybe — if it goes well, which I guess we’ll find out — maybe it becomes a tradition, where once a year, we take on a classic record.

I’ve been thinking about the music that Making Movies wants to create this year, and we’re in the middle of making a new record, and I thought that Remain in Light would be a good album for us to study. We could learn. We could have a lot of growth from learning it, because not only at the time was David Byrne experimenting with new technology in recording, they were a band from the grungier side of the punk scene, and innovating technology and punk don’t usually go hand-in-hand, you know?

So, he was giving the kind of visceral energy of a punk delivery, which is kind of what punk was all about — not about the fidelity of the recording, but how much energy you can have pour through the speakers, regardless of the budget that you had — but he was also at that stage of his career where he could kind of pick and choose how they made records.

He and Brian Eno, they were kind of on a weird trip, and they decided to do something that, now, doesn’t sound so crazy, but they would record the band jamming, and then create tape loops of their favorite moments, and then David would write to those tape loops. So that’s why the grooves feel really rhythmic and alive, but also machine-like.

I feel like I could talk forever on this, but to get to the point: the record has this amazing mix of being innovative with the technology —feeling like it’s a mad scientist record — but also feeling like it’s really brought up from the Fela Kuti influence. And then lyrics throughout the record seem to paint this picture of a little bit of dystopia: With all of these advancements, is this what we really want?

In addition to all of that, it seems really appropriate that you’re going to have Calvin Arsenia and others performing it live, because when Talking Heads recorded the album, they expanded their band and brought in guests like Adrian Belew. So, is that another layer of homage?

Exactly. We’re going to have a lot of special guests. I picked Steve Tulipana, because David Byrne supposedly wrote “Overload” based on what he thought a Joy Division review he read was like. He hadn’t really listened to them yet, but he read a review and was like, “Whatever that is, I want to write something that makes people say that.” So, Steve Tulipana’s bands have always been kind of Joy Division-influenced, so we’re having him come guest on that song.

Then the band, Found a Job — who’s actually a tribute band to the Talking Heads here in town, who do a really good job of revitalizing that sound — they’re guesting on a song. We also have a group of really talented background singers, the El Toro sisters, who don’t really perform as a group. This is their fist time doing it, so the band will grow and blossom into this multi-piece mini rock ‘n’ roll orchestra.

What’s the appeal to the general public?

I love music that’s sort of heady, where you can absorb it for all the metaphors and lyricism and the musicality and the density of the artwork, but also you can just shake your butt to it, and let all of that wash over you and seep into your subconscious. Some of my favorite music has always been that way, and that record is that way.

I feel like, at midnight, it’s not like people in the crowd are going to be like, “Let’s absorb the juxtaposition of the Afrobeat rhythm, whereas Making Movies is swinging it more Cuban style.” No! You’re gonna dance. But, I think the message will still kind of hit you through the dancing.

Making Movies performs Remain in Light, along with special guests Reptil and Calvin Arsenia, at the Truman on Monday, December 31. Details on that show here.