Addiction, cancer, and comedy in DNR at the Living Room Theatre 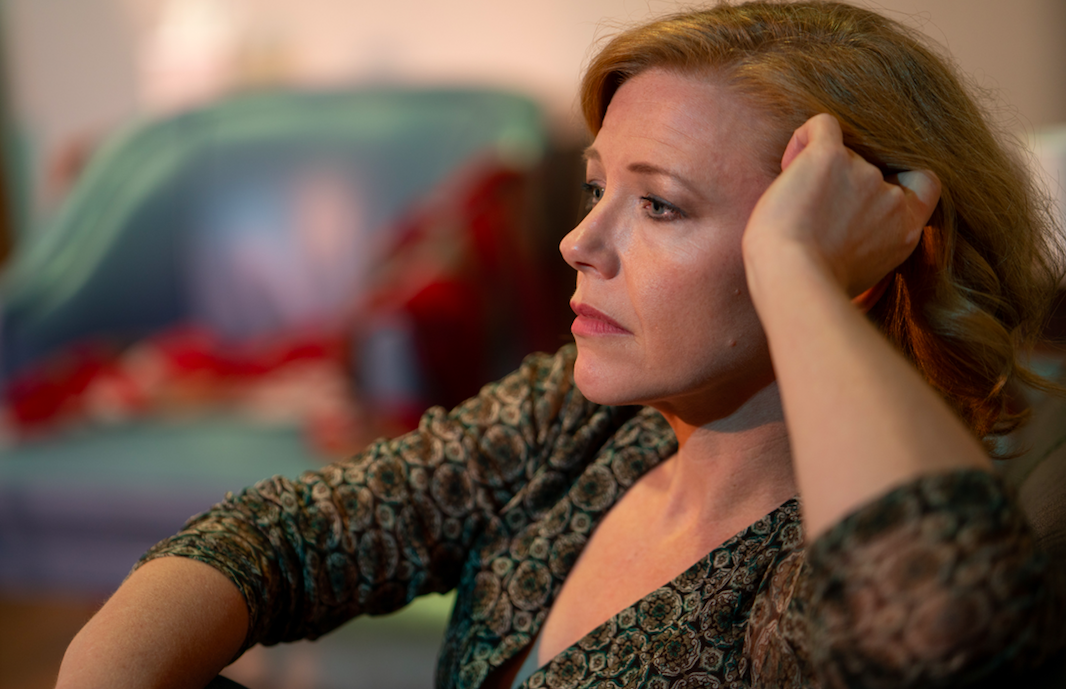 Mays as Amanda, a hospital volunteer with a savior complex. // Photo: Brian Paulette

DNR, a new play by local playwright Victor Wishna, touches on addiction, cancer, and the ethics of end-of-life care. But much of the play is structured like a comedy. Amanda (Jen Mays), a hospital volunteer with a savior complex, sits with dying patients who have no one else in their lives. Her latest assignment, Bud McNamara (Gary Neal Johnson), is a grouchy Navy vet who doesn’t seem interested in acquiring a first mate.

Bud is different than most of Amanda’s patients. He’s responsive, for starters. And he’s not terminal—well, not exactly. He’s also not terribly fond of Amanda. Over the course of their conversation, Amanda reveals that she has children named Jordan and Jordyn; Bud, lost for a more elegant phrase, mutters “Jesus” ad nauseum.

The script develops their relationship slowly, slyly. Wishna is attuned to the ways in which “do-gooders” can be the ones with the greatest needs. But he’s also smart about the ways in which hostility masks vulnerability. 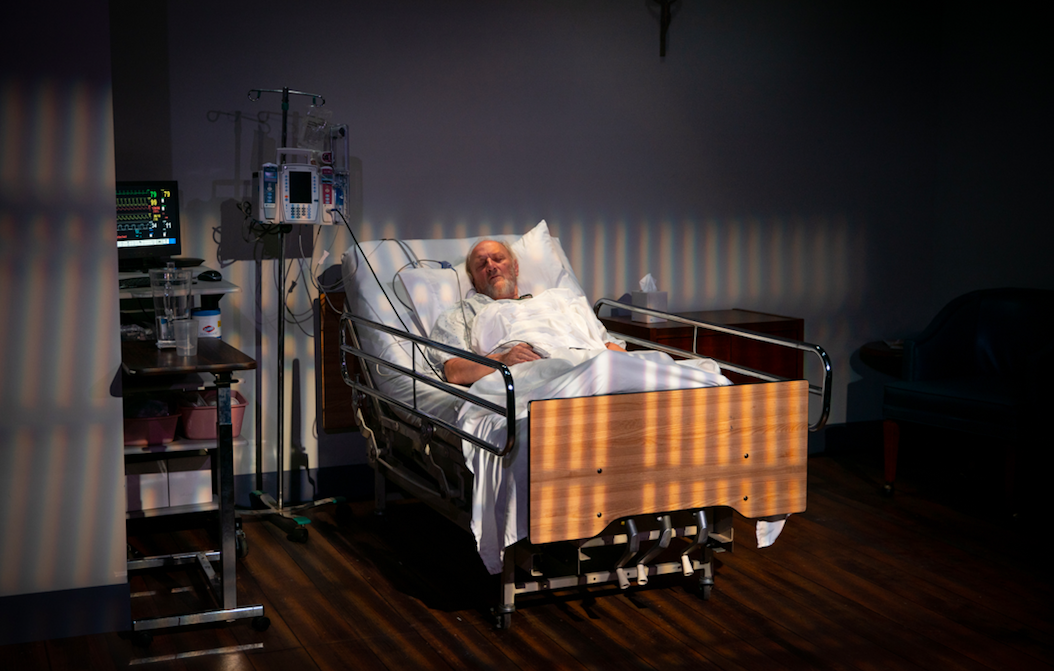 Gary Neal Johnson puts on an acting masterclass as Bud, summoning each cough and groan and convulsion from some deep reservoir of pain. His gruff, acerbic growl transforms, in later scenes, to something softer (if no less stubborn). Jen Mays makes an ideal foil as Amanda, steamrolling through his objections with obstinate perkiness.

It helps that Wishna’s dialogue is frequently sharp, laced with humor that feels authentic to the characters and situation. “I don’t get your optimism,” Bud growls early in the play. “Is it infectious?” Amanda asks. “No, but it’s a disease.”

That sense of humor is also disarming, allowing the play’s dramatic edges to cut deep. Wishna’s finale is moving and unexpected—and, crucially, it feels earned. Nicole Jaja’s lights help amplify the script’s tonal shifts, and Rusty Sneary’s direction transforms what could be a stagnant setting into something much livelier.

Even at 90 minutes, the play feels a bit long. A few conversations circle old themes instead of pushing the action forward. And Amanda and a third character, Dr. Kramer (Shawna Peña Downing), feel less complexly drawn than Bud. Early in the play, Amanda comes off as a crunchy Goop type—she spritzes the air with essential oils, touches her chakras, and waxes about the wisdom of Kabbalah. But we don’t get a clear sense of why those affectations are important to her, and some of them drop away as the play progresses.

My bar for a new play isn’t perfection, but rather whether the experience it offers is worth the price of admission. By that metric, DNR is a value. Wishna tells thoughtful, well-structured stories, and the Living Room produces them with the same care other companies lend to the classics. That’s not a combination I take for granted.