The Living Room Theatre will leave the Crossroads following its upcoming tenth season. But then what? 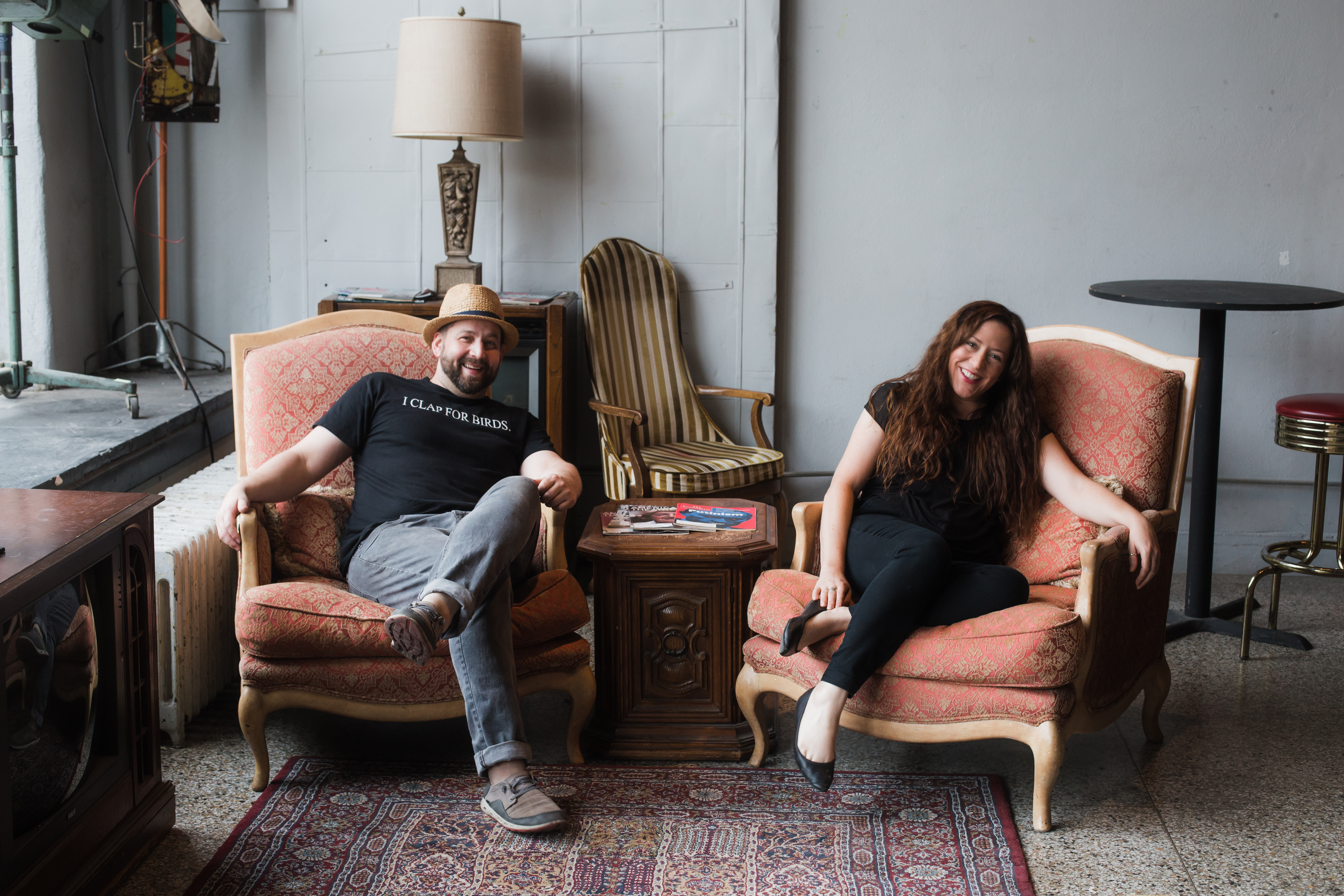 Sneary (left) and Journagan have been staging plays on McGee for a decade. // Photo by Zach Bauman

Rusty Sneary and Shawnna Journagan have built a heck of a living room over the past nine years. Now, they need a home to put it in.

The co-founders of The Living Room Theatre shocked the theater community this May when they sent out a letter announcing their “tenth and final season” at 1818 McGee. “Due to soaring city taxes and rental costs in The Crossroads Arts District,” they wrote, “we can sadly no longer afford to stay.”

Among other things, the announcement added fuel to a longstanding local debate over gentrification. Artists had helped transform the Crossroads from a ghost town into a vibrant entertainment district. Now, they were being priced out.

But Sneary and Journagan say that theirs wasn’t an issue of rising rents but fading commitment from the property owner. The Living Room had been operating out of the McGee Street building on consecutive three-year leases. Last year, they weren’t given the option to renew. The landlord told them the property taxes had tripled; the implication was that a potential buyer or a more lucrative tenant was preferable to extending the theater’s lease.

“They were nice about it,” Journagan says. “They said we could do month to month or feel it out. But theater doesn’t work that way. We can’t plan a season month to month.”

The announcement had an unintended consequence: a lot of audience members thought the Living Room was closing for good. Condolences rushed in—donations didn’t. It was bad news for the nonprofit company, which needed funding more than ever to cover its next move.

To Sneary, it was a symptom of a larger ill.

“The city really comes together when something sad happens or something closes,” he says. “But the community can’t come together at the end of something. They need to come together to support it while it exists.” 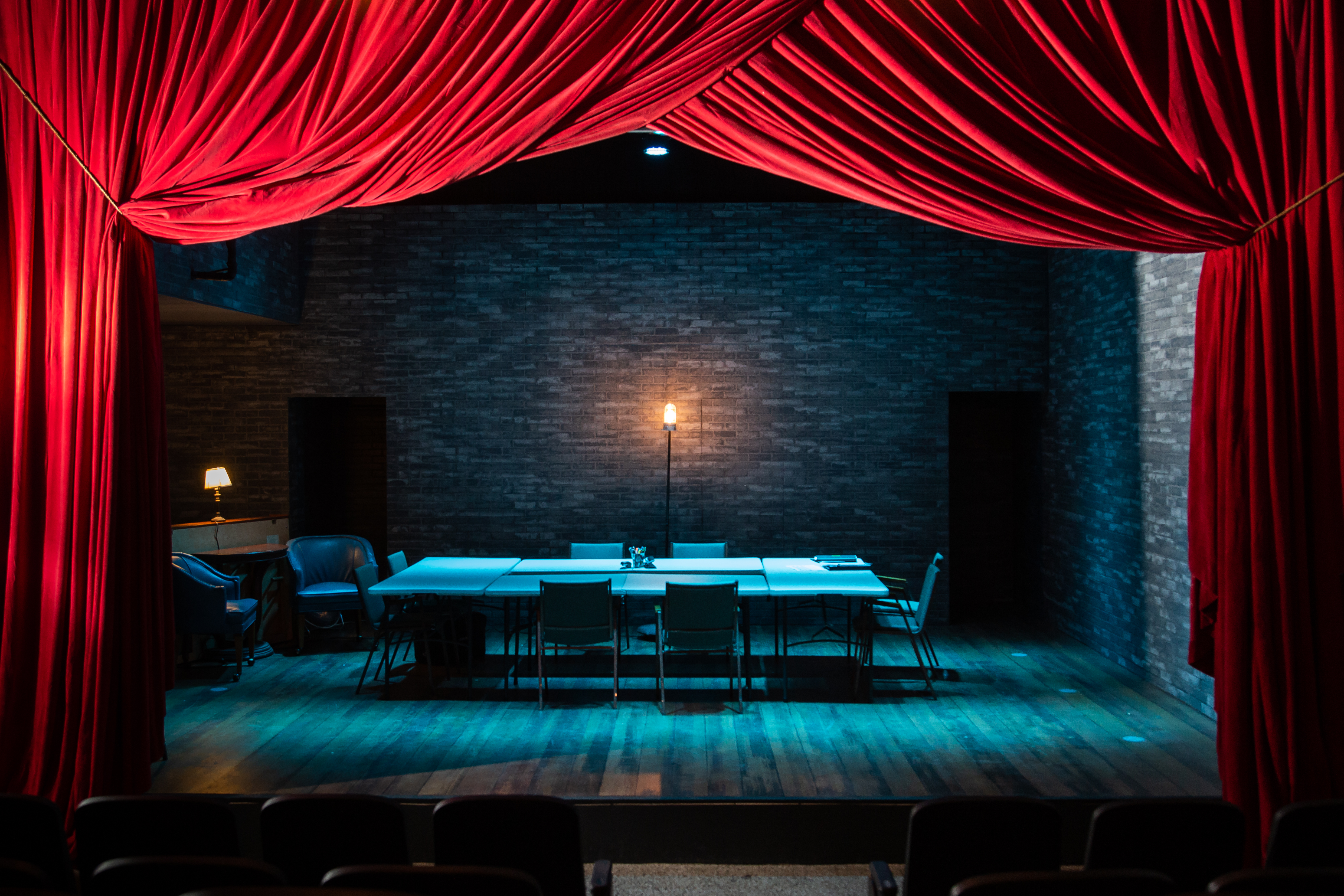 With the company’s tenth season about to begin, local audiences will have plenty of opportunities to support the Living Room in its transition. It’s staying true to its mission of developing homegrown plays and mounting two world premieres in its final season in the Crossroads space. No Sleep November—a yearly 24-hour play festival—and the Writer’s Den series of new play readings will both return. And this winter, Sneary plans to produce a new short play festival for Kansas City-based playwrights only.

The first show of the Living Room’s 10th season will be a world premiere of DNR by local playwright Victor Wishna. This isn’t Wishna’s first collaboration with the theater. The Living Room produced his first play, Shearwater, which came out of one of theater’s playwriting seminars. DNR was nurtured by the theater, too. The play, which runs through September 22, was inspired by No One Dies Alone, an organization that places volunteers at the bedside of dying individuals who have no one else to sit with them. Wishna originally wrote it as a 45-minute play, and the Living Room sponsored a reading of it in 2017. But Wishna says Sneary encouraged him to develop it into a full-length script.

Wishna doesn’t take that support for granted. A few years ago, local playwrights didn’t have many avenues for development. Now, they have several. The Kansas City Repertory Theatre has a yearly OriginKC: New Works Festival, the Unicorn Theatre an In-Progress play reading series. New companies such as Terra Femina and the Kansas City Public Theatre are making space for homegrown works as well.

“Whatever they’re doing, whether that’s a reading or a workshop or a full production, they give it the same attention—the same pride—when it comes to PR and marketing,” he says. “They treat it the same way they would treat a production of a well-known work by a well-known national playwright. And they recruit and attract the best acting talent in Kansas City.”

That’s certainly true for DNR. The production stars Jen Mays, Gary Neal Johnson, and Shawna Peña Downing—three actors who have played on just about every stage in the metro. Wishna credits the theater’s reputation for drawing them in.

In some ways, that reputation feels inseparable from the dynamic space the company built at 1818 McGee. Contrary to the pervasive cultural myth of the “starving artist”—the assumption that scarcity and suffering breed better art—it’s hard to carve out the time and energy to create when you’re worried about the rent. It’s hard to plan for the future when you don’t know if you’ll have a roof over your head next week. In that respect, the McGee building was a huge artistic boon.

“When we stay in one place, it’s a lot more safe and professional,” Journagan says. She and Sneary are talking to me in the Living Room lobby, a homey, meticulously designed space packed with overstuffed couches in retro colors, midcentury table lamps, and an intricate display of tube televisions. 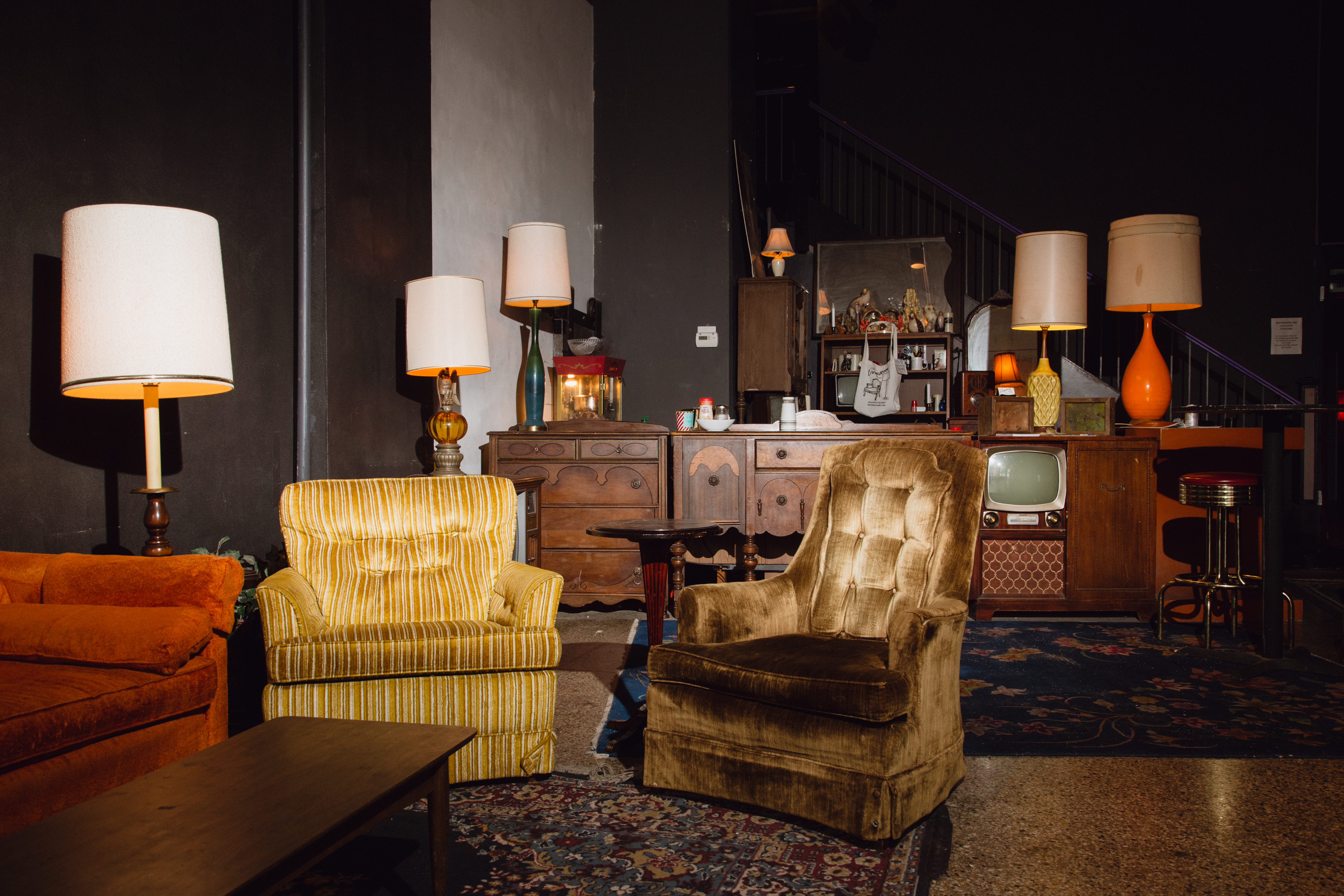 The building was a blank slate when they first moved in. The stable address allowed them to build a new stage, a new light booth, new dressing rooms. It’s those tangible signs of the company’s maturation that are now the hardest to let go.

“Walking into those dressing rooms and seeing actors’ signatures and quotes up on the wall—it’s just kind of like, Aw, man, we were just getting started,” Sneary says wistfully. “I stop dead in my tracks every day, like”—he makes the sound of a camera shutter.

It’s hard to imagine starting over from scratch in a new space. But as the clock ticks down to May 2020 and the end of their lease, talk about the future is taking on an anxious tone. They’ve looked for new spaces, talked about sharing a venue with another company. They’ve debated going the nomadic route, mounting secret shows in parks. But they don’t have any firm plans.

There will be an 11th season, they say. They’re not done producing. But it might not be in a space of their own.

“What would be really amazing is if we could find a benefactor that was like ‘Hey, I’ve had this warehouse that’s been sitting empty for the last few years,’” Sneary says, equal parts sarcastic and hopeful. He gestures at me. “Write that down.”

No matter where they end up, Journagan says, they’re going to keep focusing on locally grown work. And they’re going to keep making weird choices. She and Sneary run through some of their more memorable experiments over the past nine seasons. They tried a promenade production of Neil LaBute’s Fat Pig, staging each scene in a different part of the theater. They made it rain on stage—twice. In their third season, they hauled 11 tons of sand into the theater for the world premiere of Kyle Hatley’s Death of Cupid. That’s one experiment they’re not eager to repeat. (“I think we just got rid of the last of it,” Journagan says.)

They don’t intend to leave that why not? attitude with the building. “I’ll definitely take with us that we were just unapologetically original,” Journagan says. “Or unapologetically unorthodox. We were really not worried about doing it wrong.”

With that, we say our goodbyes. The pair has to get ready for a rehearsal—something unorthodox. A guy has rented out the theater for a proposal, told his girlfriend they have tickets to a play. Sneary and Journagan have a fake curtain speech to write, fake headshots to paste in the lobby, fake audience members to plant in the seats.

Those seats. Journagan hesitates. They put them in not too long ago—it was a major upgrade. Soon, they’re going to have to get rid of them.

“All those seats, they were free,” she says. She sounds practical, resigned. “But they’re hard to get, you know? It’s hard to let go of.”