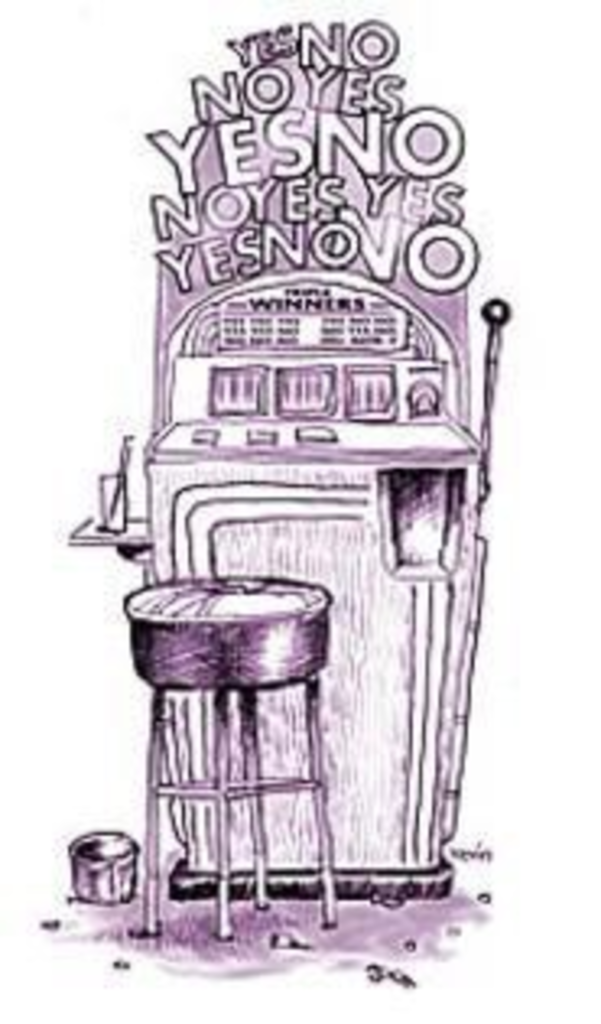 Conventional wisdom has it that Johnson Countians don’t embrace change easily, the exceptions being a new mall or bigger home. So it’s a little surprising that on November 7, voters there will decide on three ballot questions designed to restructure their county government.

The biggie is Question 1, a Home Rule Charter proposal that would change the offices of county clerk and treasurer to appointed, rather than elected, positions and eliminate the register of deeds. The rationale is that voters sometimes elect “unqualified” people to those positions. Never mind that history is flush with people performing well in jobs they supposedly didn’t have the training or background to do. Harry Truman never got his law degree but became a distinguished president; on the flip side, look at the string of “qualified professional educators” who did their damage to the Kansas City, Missouri, School District.

In Johnson County, the learning-curve theory has served the public. Beverly Baker has been county clerk for 12 years, having been reelected three times. Sara F. Ullman has been register of deeds since 1989 and is in her third term. Since 1981, William E. O’Brien has been county treasurer, though he caught heat earlier this year when people complained of long waits to get their car licenses renewed at county offices. It made the news, and JoCo politicians wailed as if Nordstrom had threatened to leave Oak Park Mall. I was mystified by the criticism, especially remembering the yearly slow-motion descent into madness when I renewed my Missouri plates at the state office building downtown. It was like planning a military action. I had to skip work for a day, bring a snack and liquids to maintain my strength, and make sure I went to the bathroom before entering the “line.” When I moved to Kansas and got my plates at the Johnson County Northeast office within 15 minutes, I felt like tipping the clerks and was at a loss for what to do the rest of the day.

Even so, when considering Johnson County’s explosive growth — nearly 450,000 people live there now, up from 270,000 in 1980 — and its budget of $438.8 million, it makes sense to appoint professional people to key county positions.

Proponents for Question 2 put forth the same “administrative” argument that “the county is a business.” Question 2 proposes increasing the number of county commissioners from five to seven, with one new commissioner elected at-large who would serve as commission chair. The idea here is that the current system of rotating the chair among commissioners prevents the board from presenting a consistent and, at least on the surface, united voice on policy. But where is it written that an elected body is supposed to present a united voice? Short of attack by foreign powers, democracy needs dissenting opinions. Using an at-large commissioner as permanent chair means that particular commissioner represents the board more than the people who elected him. Might as well hire a PR firm to articulate the board’s stand on issues.

But Question 3 is the most controversial. It would make county commission elections nonpartisan. The issue surfaced after the 25-member citizen Charter Commission, which had been instructed to find ways to improve county government, reached consensus on Questions 1 and 2. The current partisan elections “became a problem once you started with the proposition that you’ve got to expand the county commission,” says one Charter Commission member who didn’t want to be named. He says some county leaders feared that “the Kansas City model of government” would take hold “with Freedom Inc. coming over here.” Outside of his racist slam at Kansas City’s black political club, there’s the irony that Freedom Inc. has lost much of its political clout at city hall.

The acrimony surrounding Question 3 carried over into Questions 1 and 2, fueled somewhat by the way the state legislature wrote the Home Charter statute: Question 1 must pass before Questions 2 and 3 take effect. The result has been a weird formation of pro and con groups, some championed by Charter Commission members. Supporters of all three questions back a group called Yes! Yes! Yes! for Johnson County Charter. They’re opposed by the “No No No” group called the Accountable Government Coalition, led by former U.S. Representative Jan Meyers. Now there’s a new group, calling itself Yes Yes No, that’s against only the nonpartisan proposal.

“I think disclosure of party affiliation gives important information to voters in making their decision,” says attorney Thomas Robinett, a Charter Commission member and Yes Yes No backer. “Once you get to the county level, it’s appropriate. It tells you something about that (candidate’s) approach to issues.”

Supporters of all three questions include most of Johnson County’s elected officials and groups such as the League of Women Voters and the Mainstream Coalition. Their arguments center around the premise that nonpartisan elections make for better government. A lot of Kansas City, Missouri, residents governed by the nonpartisan city council might disagree, but here are the finer points put forth by nonpartisan advocates:

• More people will get involved and file as candidates. Nonpartisan elections “will permit residents to participate from the perspective of running for county commissioner,” says former state Representative Carol Sader. “It helps surface a new breed of leaders,” adds her son Neil, an Overland Park city councilman. Since both politicians are Democrats, Republican opponents of nonpartisan elections, such as Sun newspaper columnist Steve Rose, think it’s just a “stealth” way for Democrats to get elected.

The reality, however, is that citizens don’t run for office because of the amount of time and money it takes to get elected. Though figures on what it costs to run for county commissioner aren’t available, the Kansas Governmental Ethics Commission reports that state Senate candidates spent an average $24,756 on their 1996 election campaigns, while House candidates spent $9,286. Those amounts have gone up, and they present a big turn-off to anyone from a middle-income background who wants to seek office. Political parties — with their donations and volunteers — can lower campaign expenses. But without a party connection, a candidate’s power base is money and the influence of special-interest groups with money to give.

• Issues county commissioners face aren’t political — the so-called “pothole” argument. “County issues do not have a partisan component,” says Janis McMillen of the League of Women Voters. “It seems unnecessary to deal with party politics.”

I don’t buy that rationale, and neither does the academic world. “Questions of where to put your resources — those are political questions that require a political solution … citizen preferences and the social priorities of a community,” says University of Kansas political-science professor Paul Schumaker. “Politics is the age-old mechanism for structuring the debate.”

Charter member and attorney Keith Drill points to such issues as the Oz theme park and funding for county social welfare programs and law enforcement, and the commissioners’ “impact on the state level in such issues as public school financing” as proof that politics plays an important part in public-policy decisions. Neil Sader admits that some issues, such as sprawl, have a partisan element, as did “the issue of raising the excise tax on developers. The Democrats held firm (in raising the tax).”

Schumaker says economic development is a “huge” partisan issue. “It’s highly political. I’m not saying being Democratic or Republican is how people sort themselves out on the issue, but people do decide in a liberal and conservative way that gets away from the kind of boosterism that is not in the public interest.” He says the commission’s decisions about using government-sponsored tax incentives and development subsidies “go beyond administrative and are definitely political.”

• Partisan politics creates conflict and divisiveness. “Tensions are made worse because of party labels,” says Neil Sader. Jack Halligan, a Democrat turned independent and Sader’s colleague on the Overland Park City Council, agrees. “It reinforces stereotypes and discourages a discussion of important issues based on facts.”

Funny how politicians, once elected, want to become just managers and avoid the messy deliberation that goes with representative government. “I’ve always thought that nonpartisans try to take politics out of politics,” says Dr. Allan Cigler, another political-science professor at KU. “The partisan system is more issue-oriented. Nonpartisan is about personalities.” Besides, as he points out, “politics is about resolving conflicts.”

Comfortable lack of dissention on a public body doesn’t make for a healthy democratic institution and won’t make up for not knowing how to compromise. And politics is the art of compromise. Nonpartisan candidates will tout their qualifications rather than their stands on issues, making it more difficult to discern a candidate’s character. Public-body deliberations generally lose any bite that might grab the public’s attention, especially that of young people.

And the media’s role expands in the absence of partisanship. “Newspapers benefit from nonpartisan elections,” says Schumaker. “With the parties not having an effective role, the newspaper moves into an agenda-setting arena.”

The last Democrat elected to the Johnson County Board of Commissioners was Janet Leick in 1982 — so there doesn’t seem to be a partisan element to the elections anyway. The campaigns pit what Cigler calls “an insurance man against an insurance man.”

Johnson County’s partisan system may not reflect its growing ethnic and economic diversity now, but it could in the future. The county’s homogeneity won’t last forever — currently, fewer than 50 percent of the registered voters are Republican, and there are more unaffiliated voters than registered Democrats. That’s one reason that Question 3 became an issue.

Passage of Question 3 does nothing to encourage people’s involvement in the system. Rather, it guarantees more bureaucratic entrenchment by administrators distanced from policy arguments and reinforces the notion that having money is the only way to get elected.